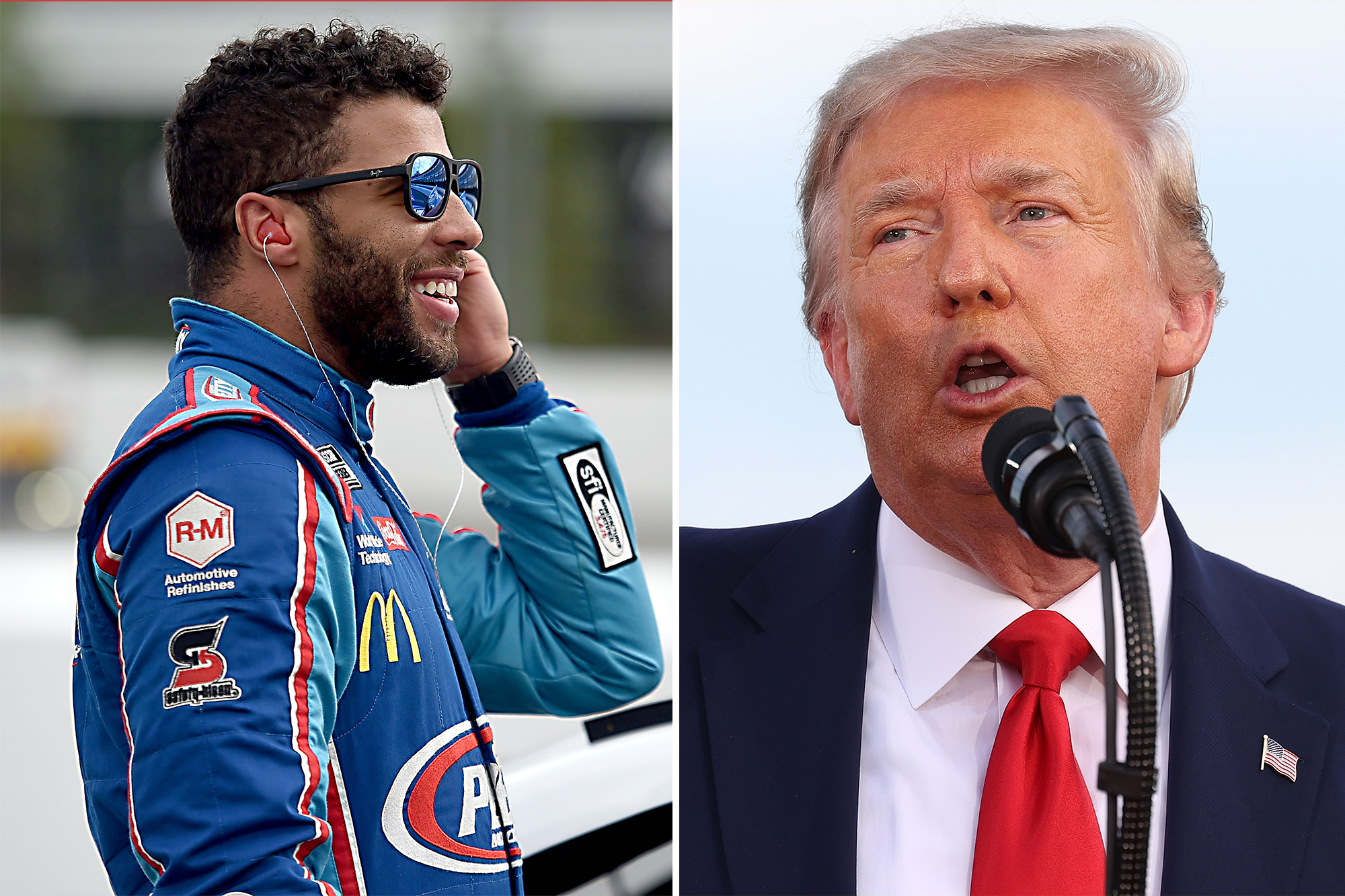 President Trump questioned whether NASCAR driver Bubba Wallace, who pressed the racing group to ban the Confederate flag, apologized after a ‘noose’ was found in his garage stall but was later found not to be a hate crime.

“Has @BubbaWallace apologized to all of those great NASCAR drivers & officials who came to his aid, stood by his side, & were willing to sacrifice everything for him, only to find out that the whole thing was just another HOAX?,” Trump asked in a Twitter post on Monday.

“That & Flag decision has caused lowest ratings EVER!” he continued.

A member of Richard Petty Motorsports crew, which employs Wallace, found the rope in Wallace’s garage at the Talladega Speedway on June 21 and alerted his crew to it.

The FBI launched an investigation the next day to determine if it was an act of intimidation against NASCAR’s only black driver.

“Today’s despicable act of racism and hatred leaves me incredibly saddened and serves as a painful reminder of how much further we have to go as a society and how persistent we must be in the fight against racism,” Wallace wrote on Twitter after the discovery.

Agents concluded that the noose was a garage door pull rope and video showed that it had been in place since October 2019.

The noose incident came weeks after Wallace, 26, led the charge to have NASCAR ban the Confederate flag at its events.

“There’s going to be a lot of angry people that carry those flags proudly, but it’s time for change,” Wallace, who drove a car with the words “Black Live Matter” painted on the side, said last month. “We have to change that, and I encourage NASCAR — we will have those conversations to remove those flags.”

“No one should feel uncomfortable when they come to a NASCAR race. So it starts with Confederate flags. Get them out of here. They have no place for them.”

Protests that erupted nationwide after George Floyd’s death while in custody of the Minneapolis police department on May 25 have spurred demands for police reform, led to the toppling of statues of historical figures and monuments, and calls to remove the names of Confederate soldiers from US military bases.