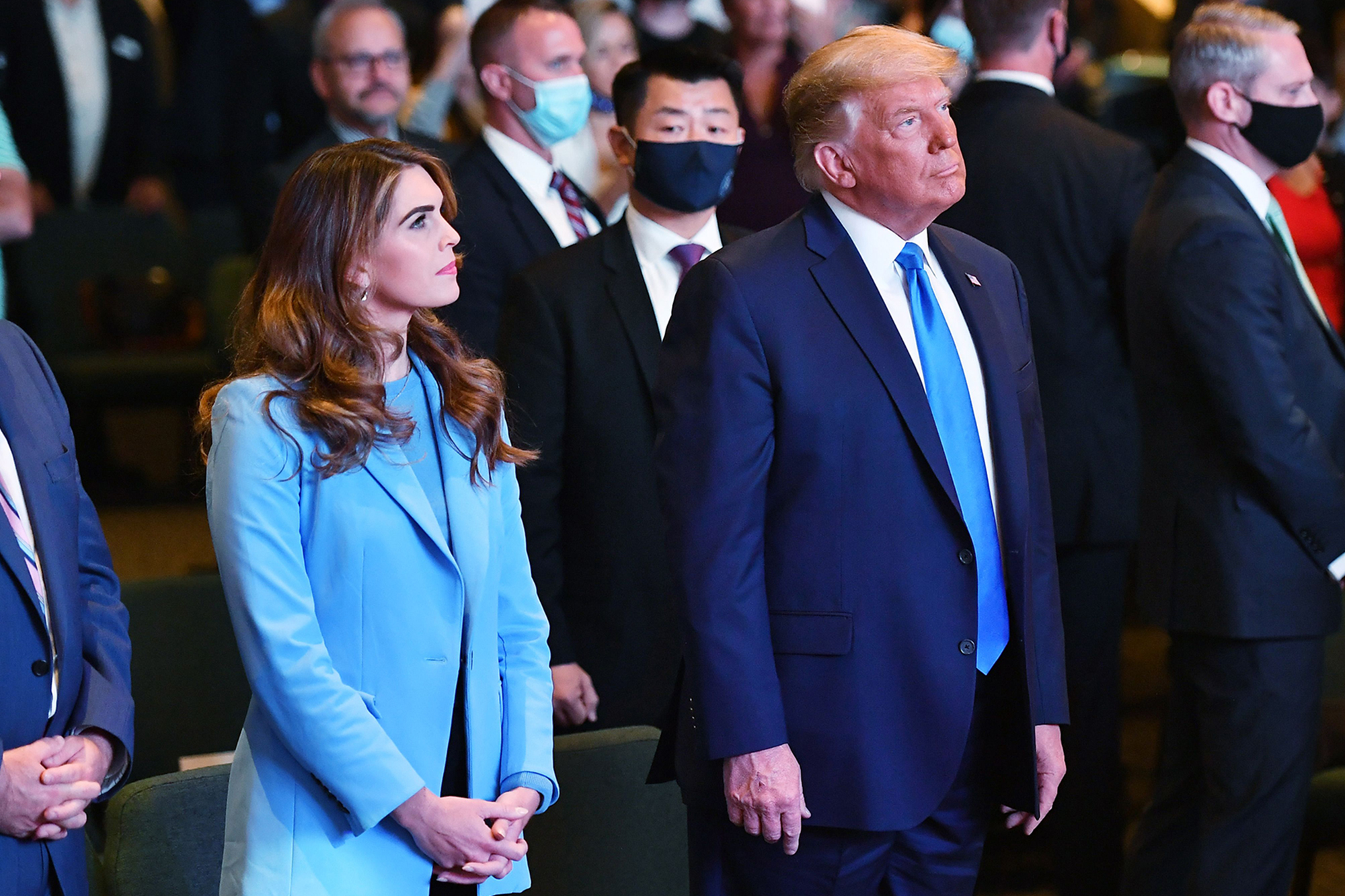 President Trump went to a church service in Las Vegas on Sunday morning and shoved a handful of cash into the donation bucket, according to a report.

Pastor Paul Marc Goulet of the nondenominational International Church of Las Vegas hailed the president “because you just came to church,” the Las Vegas Review reported.

“This is your third time here, that means you’re a church member. I don’t care what anybody says. I love my president,” Goulet said.

Trump went to the church as a candidate in October 2016 and a year later as president following the mass shooting at a music festival.

“You’re doing a great job.” Goulet said, as he vowed to fast one day a week for Trump and his family through the Nov. 3 election.

Following the church service, Trump traveled to California for a fundraiser. Later Sunday, he will return to Nevada for a “Make America Great Again” rally in Carson City.

His challenger, Joe Biden, attended church services in Delaware before going to a campaign event at a high school in Durham, North Carolina.

An outbreak of coronavirus at a privately-owned nursing home in Kansas has caused all 62 residents of the facility to become infected with...
Read more
News

A Maryland man is accused of firing a shotgun at a passing truck with a Trump campaign sign that honked as he was...
Read more

Aldi supermarket often has deals every week to help their customers reduce their weekly shop cost. This includes the ‘Super 6’ deal on...
Read more

CBEEBIES host Ben Cajee joined Louise Minchin and Dan Walker on BBC Breakfast this morning to talk about the moving clip in which...
Read more

David Moyes could be forgiven for the celebratory jig that followed Manuel Lanzini's stunning equaliser at Tottenham.Once the adrenalin had faded Moyes sounded...
Read more

Putting on several layers such as a big coat and thick jumper could make it more difficult for road users to move which...
Read more
Load more

David Moyes may get a chance to build something at West...