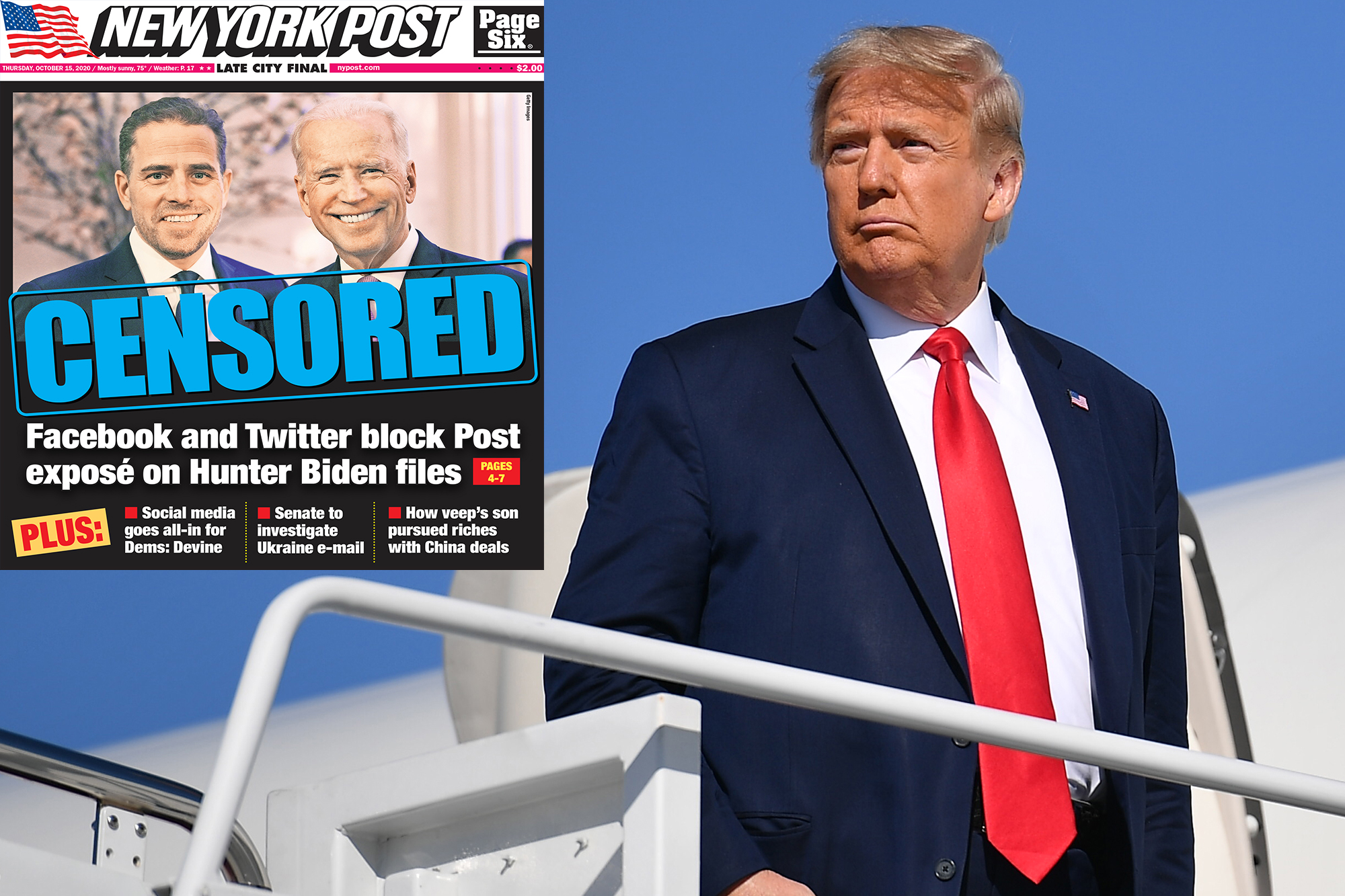 During a Rose Garden town hall with Sinclair Broadcast Group taped Tuesday, the commander-in-chief was pressed on Twitter’s decision to block its users from sharing the articles and suspending The Post’s account for a week.

“Do you think that Twitter and Facebook are biased in this election?” Eric Bolling, the host of “America This Week,” asked Trump.

“One hundred percent,” Trump said, “and frankly that’s turning out to be as big a story as the corruption itself.

“Of course, it’s at a level nobody thought possible,” Trump said.

The Post also revealed an email to Hunter Biden from an adviser to the board of Ukrainian energy company Burisma thanking him for the “opportunity” to meet his father.

Bolling asked Trump if he would continue his effort to repeal Section 230, a federal law that largely exempts online platforms from legal liability for material posted by their users.

“Nobody thought Section 230 was going to be devised for purposed like this and what they’re doing. Nobody has ever seen anything like this,” Trump said.

New data shows an uptick in COVID-19 cases among children as health experts warn the public not to travel for the holidays. The American...
Read more
News

A former Texas teacher was sentenced to 20 years in the slammer after admitting to sexually assaulting a 14-year-old boy and his 13-year-old...
Read more