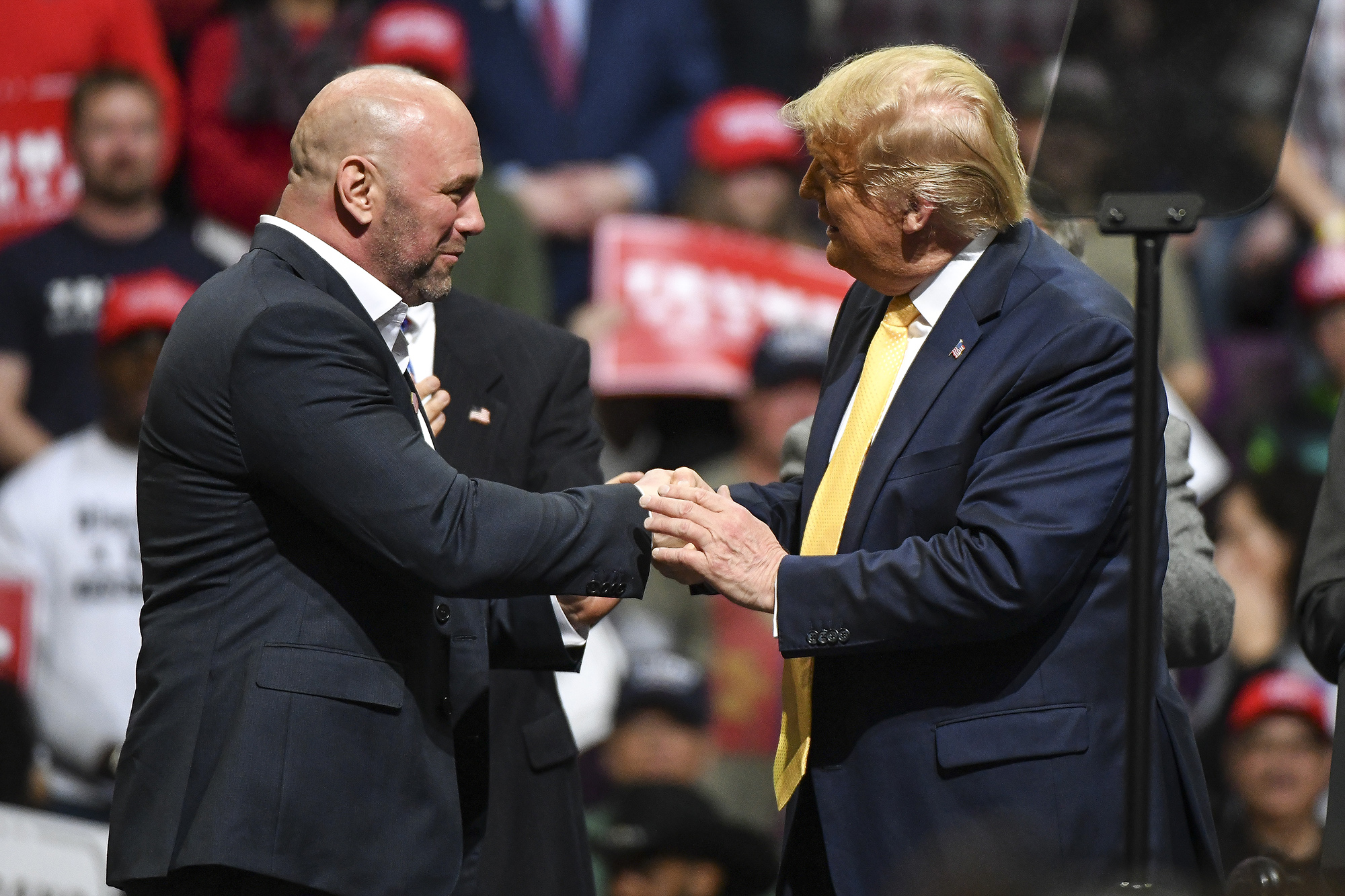 The Trump campaign is teaming up with the Ultimate Fighting Championship to occupy some critical internet space during Thursday’s final presidential debate by taking over YouTube’s masthead for 24 hours, according to a report.

The ad buy will include two from the UFC urging people to vote in person on Nov. 3, Fox News reported.

“The upcoming election is a fight for the future of our country,” UFC President Dana White says in the ad. “President Trump built the greatest economy in American history and since COVID hit, he saved our economy from total collapse and is rebuilding it all over again.”

Another spot features UFC star Jorge Masvidal saying Democrats shouldn’t be “entitled” to the Latino vote and hitting Joe Biden for playing “Despacito” at a campaign rally in Florida.

“You know what else is not going to work for [Latinos] – playing ‘Despacito’ on your cell phone to pander to us. Hell no! You got to give us some credit for having heads on our shoulders,” Masvidal says in the ad.

Both White and Masvidal, whose father fled Cuba to escape Fidel Castro’s rule, have spoken in support for President Trump at rallies.

The Trump campaign has secured the YouTube masthead for most of the remaining days of the election.

It also took over the masthead for the first debate last month.

Team Biden countered by launching a “Take Back the Internet” campaign that began the night of the Sept. 29 debate.

Trump and Biden will square off for their final debate at 9 p.m. at Belmont University in Nashville.

Chicago firefighters responded to a one-vehicle crash on Lake Shore Drive expressway involving an expensive red Ferrari that was a weekend rental. The vehicle was...
Read more
News

155 arrested in London amid anti-lockdown protests