Home U.S Trump claims early voters want to 'change their vote to me' in...
U.S

Donald Trump claimed Tuesday that Americans who already sent in their early ballots for Joe Biden now want to change their vote as Google has seen a dramatic influx in people searching for how or if they can change their vote after already casting it.

What changed their minds? President Trump claims it was his performance at the second debate in Nashville, Tennessee on Thursday.

‘Strongly Trending (Google) since immediately after the second debate is CAN I CHANGE MY VOTE? This refers changing it to me,’ Trump tweeted Tuesday morning. ‘The answer in most states is YES. Go do it. Most important Election of your life!’

Trump isn’t wrong, people can change their votes – but only in a select few states.

Since September, when early and absentee voting commenced starting in North Carolina, Google trends show a sizable increase in the amount of inquiries on its search engine for those wondering if they can change their mind after already voting.

Popularity with the search peaked to its highest point October 18-24, the days immediately before and after the second and final debate between the president and Democratic nominee. This was less than two weeks before Election Day. 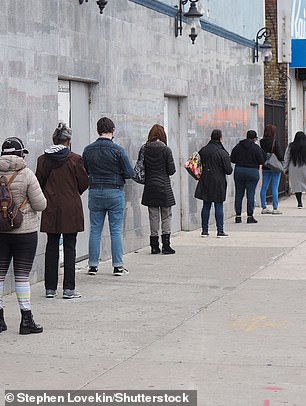 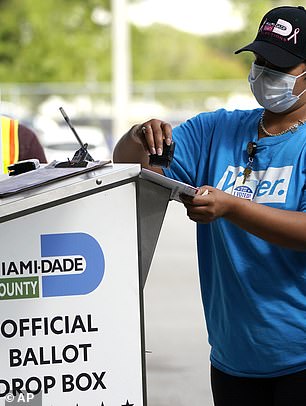 Whether by mail or in-person, a record number of people have voted early or absentee this year in the midst of the coroanvirus pandemic. As of Friday, 37 million people have already cast their ballots 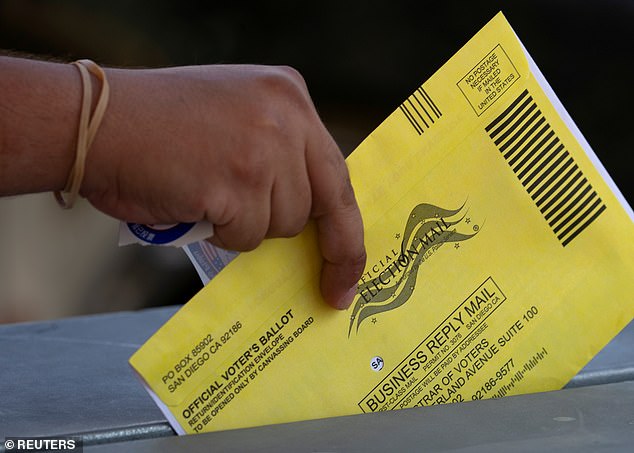 Only a handful of states, including Wisconsin, Minnesota and Michigan, allow early voters to change their ballot after casting it

The issue of Americans changing their ballot selection has gained more traction due to a record number of early and absentee voters in the midst of the coronavirus pandemic – as several states have loosened their criteria on voting by this method.

As of Friday, 37 million people have already voted, whether by mail or early in-person.

Areas surging with the search ‘can I change my vote?’ are mainly in New Mexico, North Dakota, New Hampshire and Nebraska.

Although Nebraska is a deep red state that went overwhelmingly for Trump in 2016, the president plans to travel there Tuesday evening for a rally – a questionable move that causes speculation that the president is worried about losing traction there.

States that also surged above the 50 per cent mark in influx in searches are Kentucky, Maine, Delaware and Washington D.C.

The five states least interested in the question are Missouri, Minnesota, Iowa, Georgia and Oregon.

Biden is campaigning in Georgia Tuesday, despite the off chance that he could win the red state that went more than 50 per cent for Trump last time around.

While it’s not readily or easily accessible on most states’ election websites to find out if or how to change your early or absentee ballot, among those states where you can change it are Wisconsin, Minnesota, Michigan, New York and Mississippi.

There are conflicting reports on whether Pennsylvania allows you to alter your ballot after it’s already sent or cast. 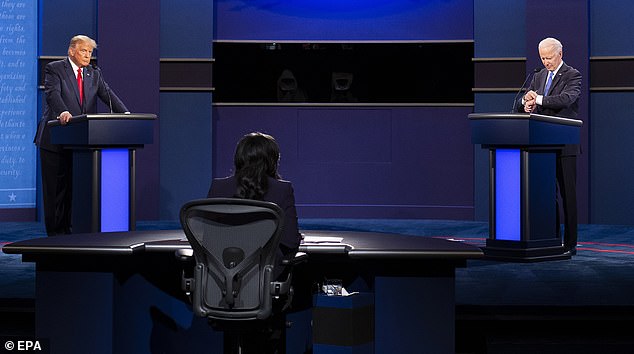 Trump claims the instance that has changed people’s minds who have already voted was the second and final debate in Nashville, Tennessee last week

In Connecticut, it is up to the local town office to decide if voters can change their mind.

Wisconsin, a key battleground state that went red by a margin of only 0.7 per cent in 2016, allows voters to change their mind up to three times before their ballot is officially cast and counted.

Pennsylvania, Michigan and Wisconsin are all swing states that went red by a slight margin in 2016, but Trump is at risk of losing this time around.

Some states, like Michigan and Wisconsin allow voters to change their ballot up until Election Day, while voters in some other states must do so by a predetermined date.

Other battleground states, like Florida, Ohio, North Carolina and Arizona, do not allow voters to change their ballot after it has been cast.

Huge fire erupts on a Chinese highway after 'more than 40...
Read more
U.S