Trump floats selling Mar-a-Lago, moving to The Villages in Florida as rally joke 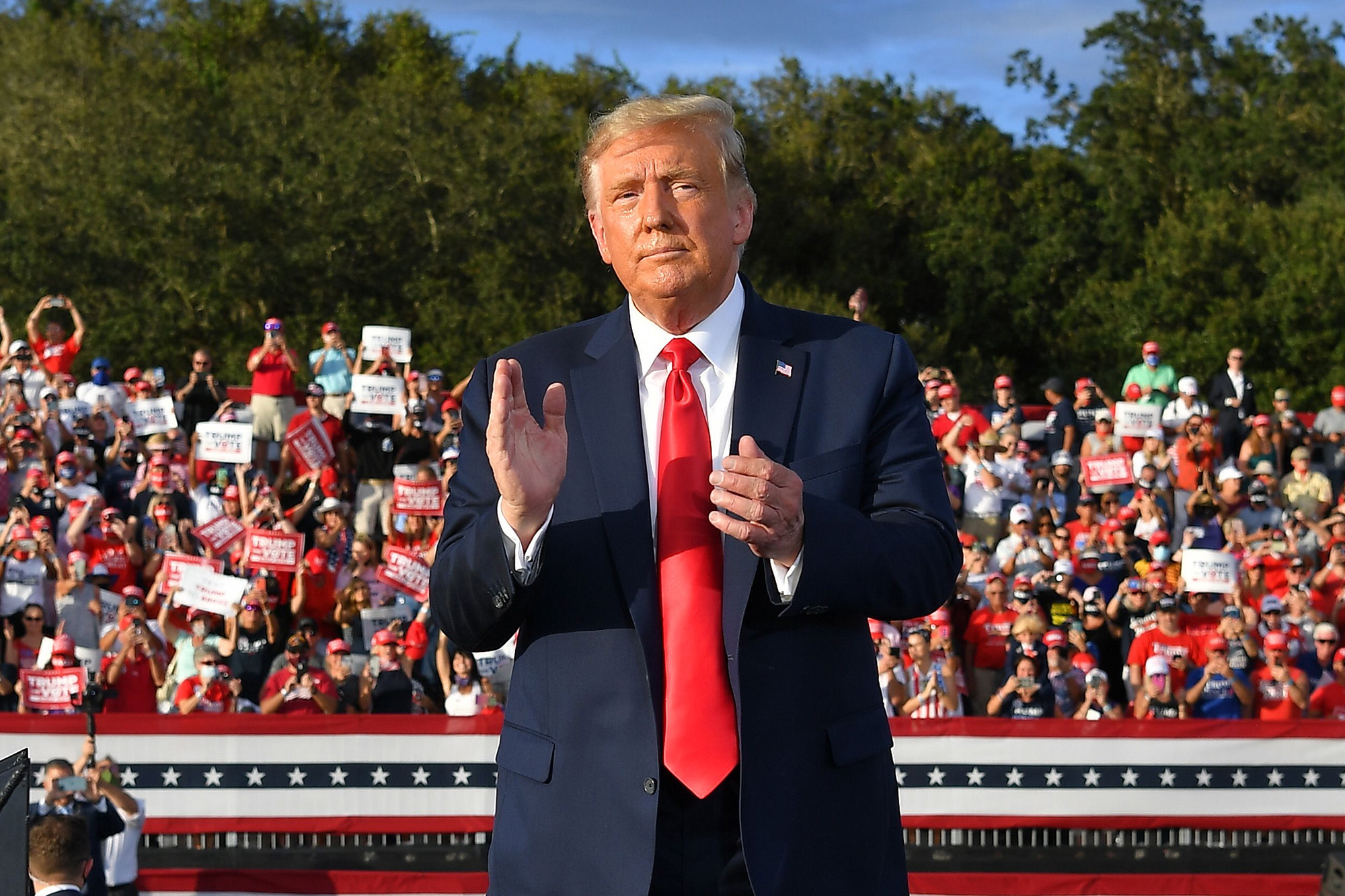 President Trump on Friday joked that he may sell his luxurious Mar-a-Lago resort in Palm Beach and move across Florida to The Villages, a sprawling nearly 80,000-person retirement community.

“I think I’ll move in. I have an idea: I will sell Mar-a-Lago and I’ll move to The Villages,” Trump told a crowd during a campaign stop at the community.

The Villages is known as an affordable, friendly and active community that leans conservative.

Trump touted the “timeless values” of the US in his appeal and complimented the community’s golf carts, which residents use to stage political parades.

Trump bought Mar-a-Lago in 1985, spending a reported $10 million on the property and furnishings. Forbes estimated in 2018 that the property is now worth about $160 million.

The median home listing price in The Villages is $300,000, according to Realtor.com.

Florida’s large population of retirees is essential for Trump’s hope of defeating Democrat Joe Biden in the Nov. 3 election.

Some polls in Florida indicate that Trump’s support among elderly voters cratered this year amid the coronavirus pandemic, though significant gains among Florida Latinos offset the drop.

Coronavirus is known to affect some more severely than others. This often comes down to a variety of factors including age and underlying...
Read more
Load more