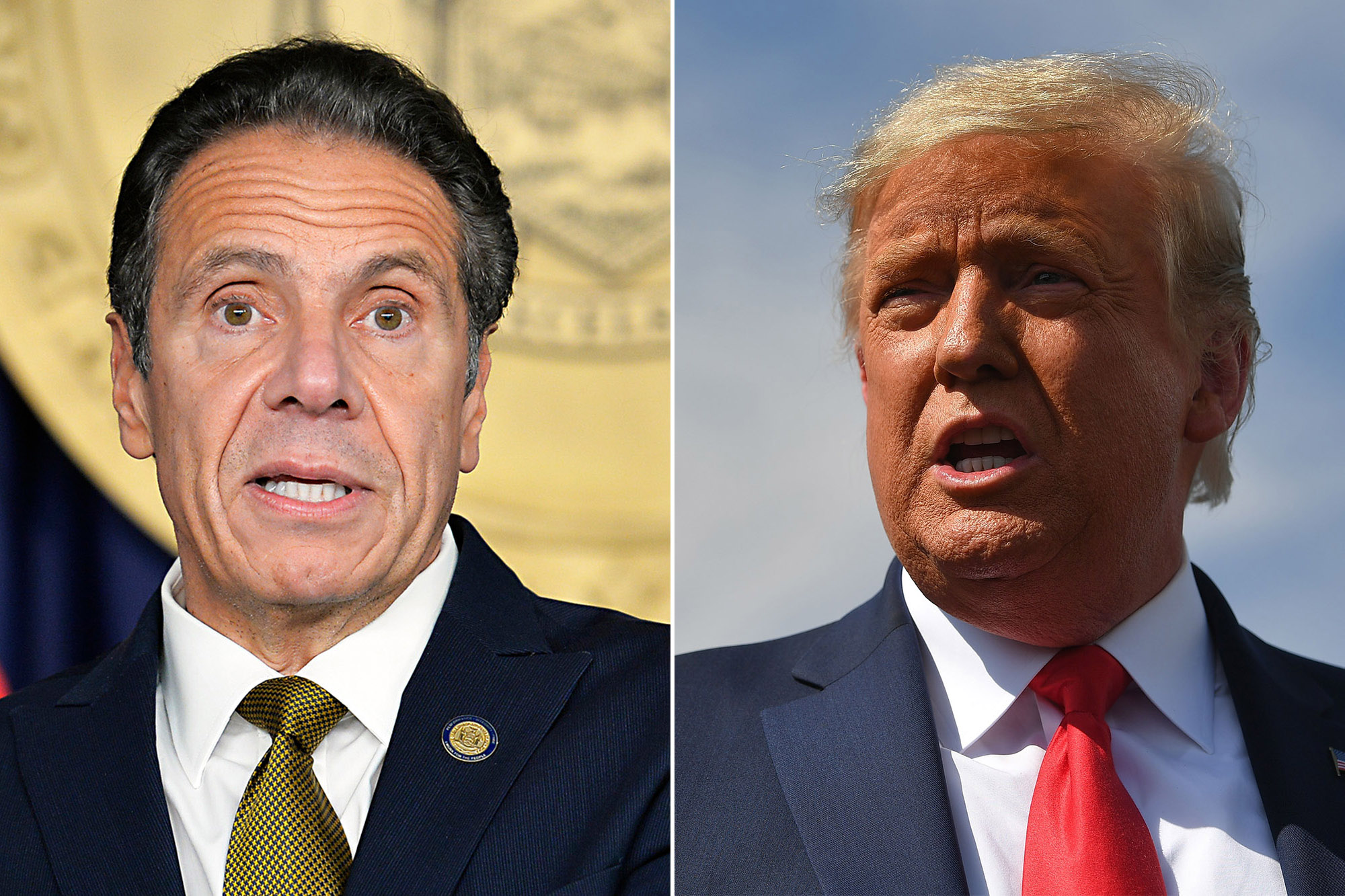 President Trump on Monday ripped Gov. Andrew Cuomo for releasing a book celebrating his handling of the coronavirus pandemic, which the state has reported killed 25,659 people.

In a series of tweets, the commander-in-chief said the three-term Democrat had nothing to be proud of.

“Governor Cuomo has shown tremendously poor leadership skills in running N.Y. Bad time for him to be writing and promoting a book, especially since he has done such a poor job with Covid and Crime. So many unnecessary deaths. The City & State have sunk to historic lows,” Trump wrote.

The tweet came hours after Cuomo on Monday told “Good Morning America” that he wants his own team of in-house experts to review a federally approved COVID-19 vaccine before distributing the drug to millions of New Yorkers, arguing that he doesn’t think the Trump FDA and CDC’s recommendations are “safe.”

The president also claimed Cuomo was receiving poor advice from his CNN anchor brother, Chris Cuomo, whom he once again called “Fredo” — a taunt which made the younger Cuomo fly into a rage last summer.

“Washington wants nothing to do with him, and that’s so bad for New York, which has become a ghost town. Andrew spends too much time listening to his brother, Fredo. Forget the books and your apology tour. The Federal Government would love to help New York regain its luster!” Trump wrote.

Cuomo spokesman Rich Azzopardi responded in kind on Twitter, accusing Trump of flushing away his presidency.

The Centers for Disease Control and Prevention has predicted the US death toll from COVID-19 could go over 300,000 by mid-December. Using projections from...
Read more
News

Vandals went on an anti-Thanksgiving and anti-colonial crime spree in several US states, smashing and defacing storefronts and toppling a war memorial overnight...
Read more
News

The leading scientist behind Iran’s nuclear weapons program was assassinated as he was ambushed in his car Friday, according to state-run news outlets. Mohsen...
Read more

The Centers for Disease Control and Prevention has predicted the US death toll from COVID-19 could go over 300,000 by mid-December. Using projections from...
Read more

Chinese President Xi tells his army 'not to fear death' and...
Read more

Chinese President Xi tells his army 'not to fear death' and...