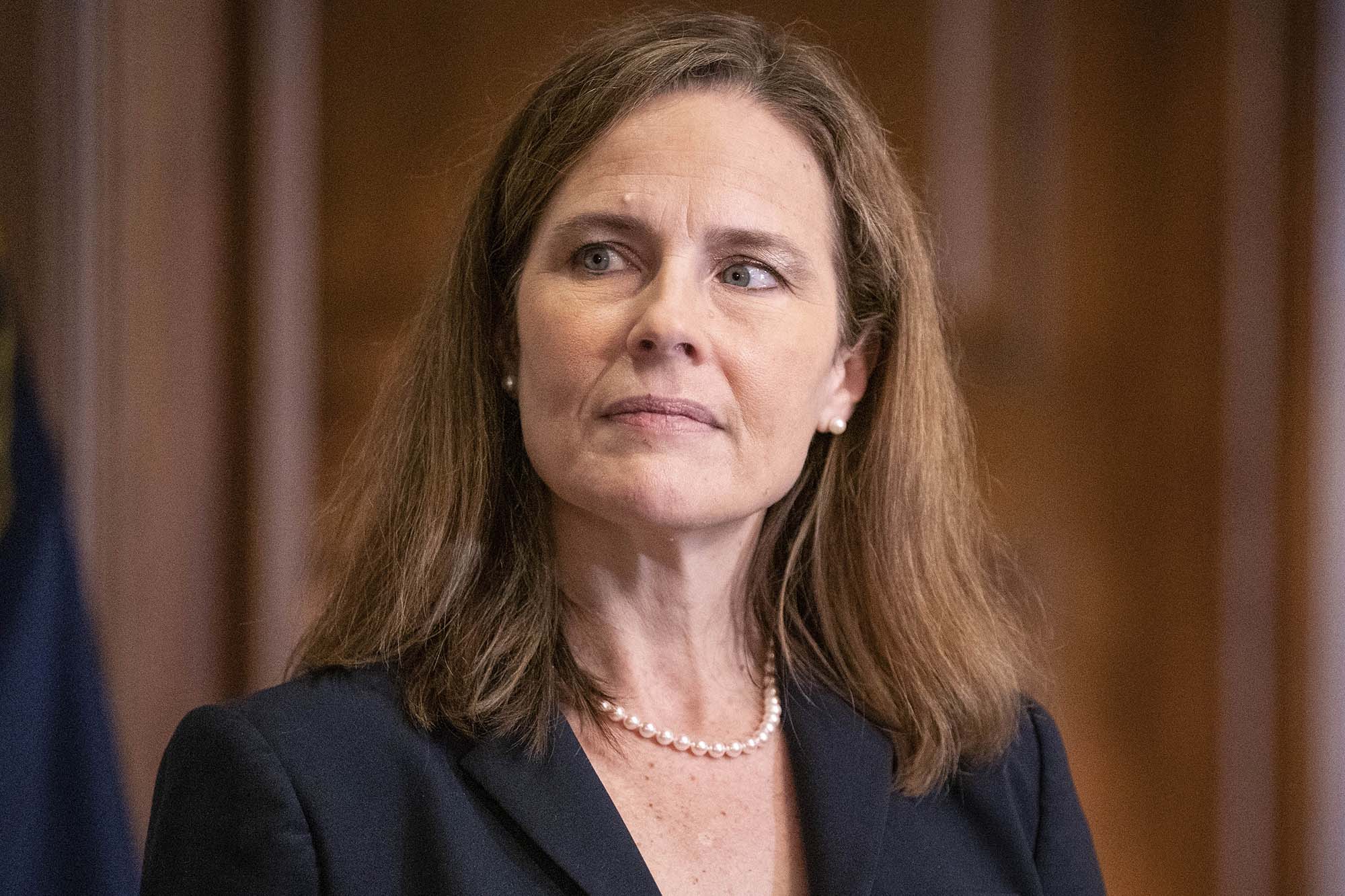 President Trump on Monday said that the White House is preparing for a “very nice event” to swear in Amy Coney Barrett as a Supreme Court justice.

Barrett is all but guaranteed confirmation by the Republican-held Senate on Monday evening. It’s unclear when exactly the subsequent White House event will happen.

“We’re going to see [an event] probably at the White House later on this evening,” Trump told reporters during a campaign trip to Pennsylvania.

Trump said it would be a small event — after many attendees of Barrett’s Sept. 26 unveiling in the Rose Garden, including Trump, caught COVID-19.

“No, not a large event. Just a very nice event,” Trump said.

Barrett, 48, will be Trump’s third confirmed justice on the nine-person court — a frequent campaign-trail boast ahead of the Nov. 3 election. She will replace liberal icon Ruth Bader Ginsburg, potentially shifting the ideological balance of the court for decades.

Barrett is a favorite among religious conservatives and emerged unscathed from Senate Judiciary Committee confirmation hearings. The top Democrat on the committee, Sen. Dianne Feinstein of California, enraged fellow Democrats by saying it was “one of the best set of hearings that I have participated in.”

Barrett, an Indiana resident and judge on the US Court of Appeals for the 6th Circuit, contracted COVID-19 earlier this year and is believed to be immune.

It’s unclear if Vice President Mike Pence will attend the ceremony at the White House. Five Pence aides, including his chief of staff Marc Short, reportedly were diagnosed with COVID-19 in the past week. Pence has been testing negative for the virus.

Facebook
Twitter
Pinterest
WhatsApp
Previous articleThey've only got 'benign cases': Jared Kushner tries to justify Mike Pence carrying on as normal
Next articleSkip this month's payment if you refinance today.

A Colorado congresswoman-elect, and pro-second amendment activist who straps a Glock to her hip, is looking to bring her weapon on Capitol grounds...
Read more
News

Tonight, however, some were unable to carry out their chores because others had not got round to doing theirs. Talking in the telegraph, Russell...
Read more

The emotional message finished: “We miss you every minute of every day. As you would say my darling, 'In a bizzle.' Love You.”The...
Read more
Load more

Shane Richie 'p****d' off' with AJ Pritchard as tensions rise in...