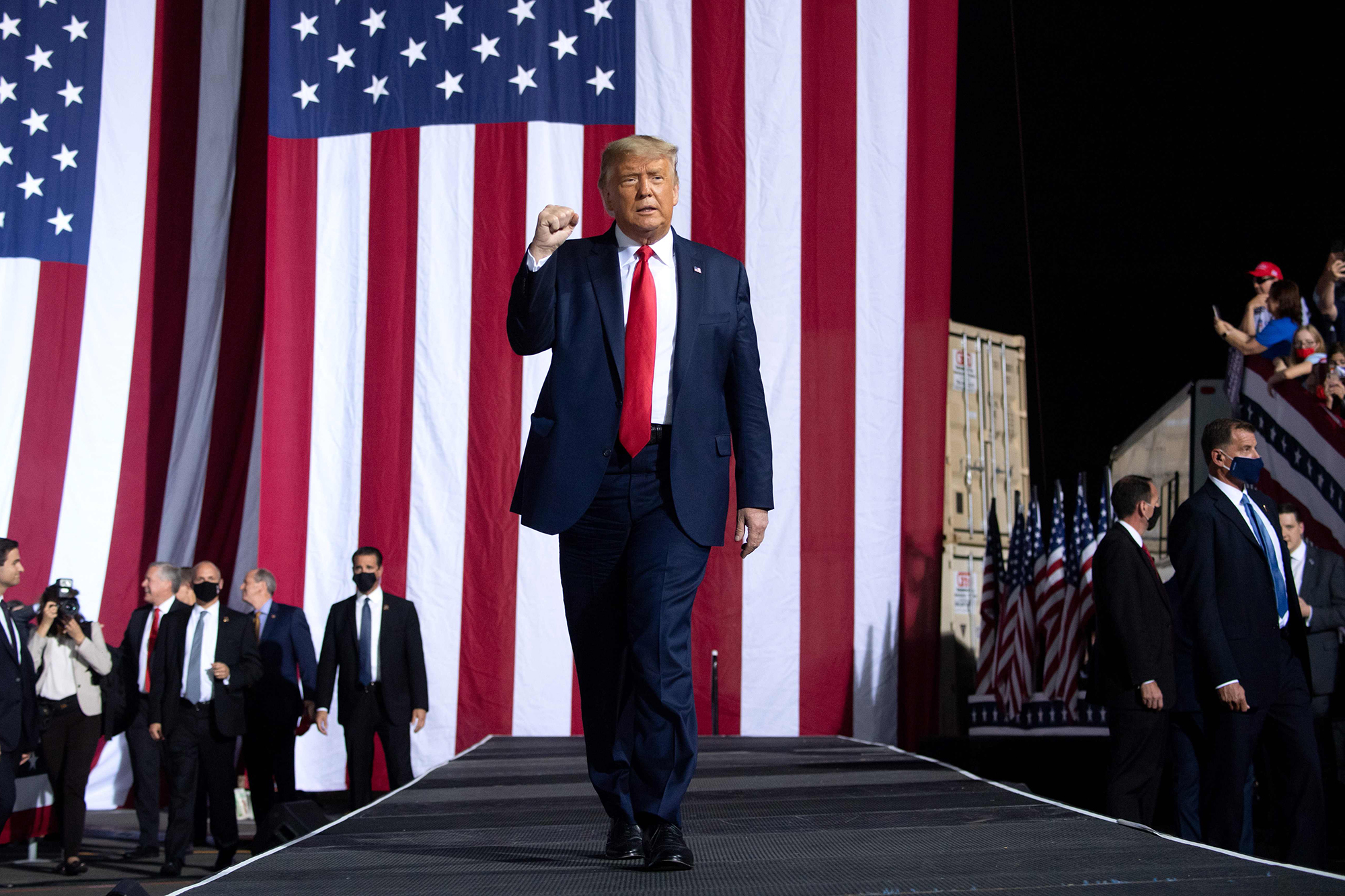 President Trump says there’s “not much” he could have done differently when it comes to the coronavirus pandemic.

During a “town hall” in the White House Rose Garden aired on Thursday, the president was asked about the outbreak that’s resulted in the deaths of at least 221,000 Americans.

“With COVID, is there anything that you think you could have done differently, if you had a mulligan or a do-over of the way you handled it, what would it be?” asked Eric Bolling, the moderator for the pre-taped Sinclair Broadcasting Network event.

“Not much,” Trump shot back.

The president also said he was planning on taking action against China if he gets a second term, but wouldn’t divulge exactly what.

“Well I’m not going to talk to you about that, gimme a break,” he told Bolling.

Regarding his supposed feud with Dr. Anthony Fauci, Trump said the two “get along fine.”

That’s after the president lashed out at the director of the National Institute of Allergy and Infectious Diseases, who told “60 Minutes” that he was “absolutely not” surprised that Trump caught coronavirus following a Sept. 26 event for Supreme Court nominee Amy Coney Barrett.

“Everytime he goes on television there’s always a bomb, but there’s a bigger bomb if you fire him. Fauci’s a disaster. If I’d listened to him, we’d have 500,000 deaths,” Trump said Monday in a call to campaign staffers.

During the town hall event, Trump said about Fauci: “I get along with him fine but he’s made mistakes.”

G20 leaders vowed to ensure that the COVID-19 vaccines would be fairly distributed worldwide, while declining to explain how they would do so...
Read more
News

The FBI is investigating threats being made against Georgia’s top election officials amid allegations of voter fraud, according to reports. In a joint operation...
Read more

Wolves skipper Conor Coady left out of squad to take on...
Read more

One of Shanghai’s international airports descended into chaos after officials ordered mass COVID-19 testing for workers in response to a small cluster of...
Read more

Jeffrey Epstein prosecutors have asked hedge-fund billionaire Glenn Dubin to hand over any documents that show communication between the late pedophile and his...
Read more
Load more

Wolves skipper Conor Coady left out of squad to take on...