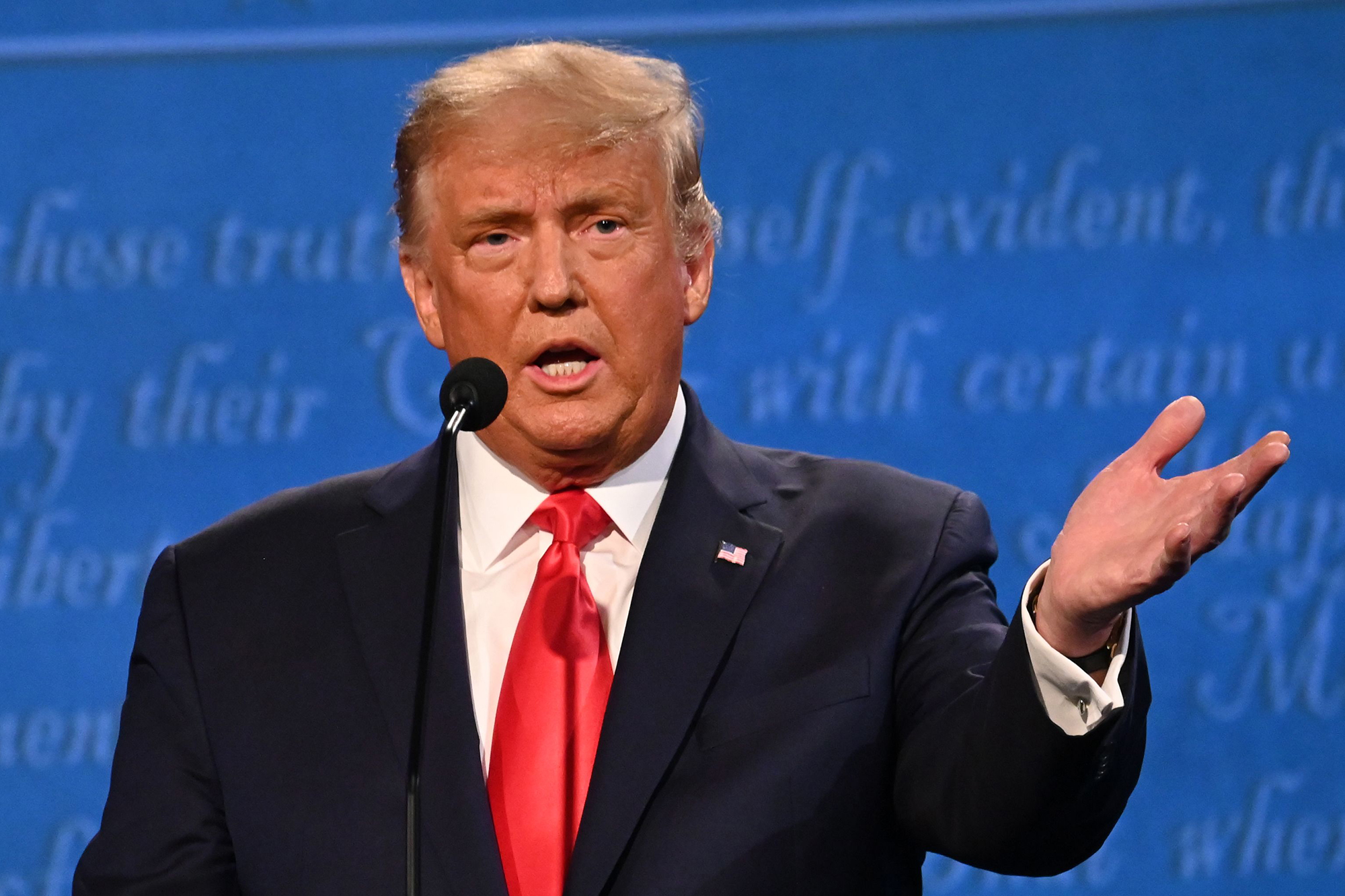 President Trump said the nation couldn’t be kept in an unending lockdown, pointing to the economic devastation in New York — which has become “a ghost town.”

“If you go and look what has happened to New York? It’s a ghost town. Take a look at what’s happening to New York. It’s dying,” Trump said at the second and final presidential debate in Nashville, Tenn. — accusing Democratic nominee Joe Biden of devastating businesses through strict lockdowns.

“Putting up plexiglass is unbelievable expensive and it’s not the answer. I mean, you’re going to sit there in a cubicle wrapped in plastic? These are businesses that a dying Joe, you can’t do that to people,” he said, also lashing Gov. Andrew Cuomo over the city’s harsh lockdowns.

“Take a look at New York and what’s happened to my wonderful city for for so many years I loved it, it was vibrant. It’s dying, everyone’s leaving New York,” he said.

“We have to say wear these masks, number one, make sure we get the help that the businesses need — the money’s already been passed to do that, It’s been out there since the end of this summer and nothing’s happened,” he said, lashing lawmakers for their inaction on COVID relief.

Nearly 60 percent of businesses that closed nationwide during the COVID-19 pandemic are never reopening again, according to a report released this month.

It was the pair’s first meeting since Trump contracted the coronavirus and then forced the cancelation of the second debate by boycotting it when organizers announced it would be made virtual.

The first Trump-Biden debate in Cleveland, Ohio, was panned as shambolic shouting match as the candidates spoke over each other and moderator Chris Wallace struggled to maintain control.

A paranoid schizophrenic woman who slit the throat of a 7-year-old girl in a gruesome daytime attack on Mother’s Day has been found...
Read more
News

The detained Saudi prince who was ousted as heir to the throne three years ago now fears for his life because of social...
Read more

Sevilla coach Julen Lopetegui didn’t much enjoy losing 4-0 to Chelsea on Wednesday but there are still few coaches he would swap places...
Read more

Welsh people will be given so-called “immunity passports” proving that they’ve gotten the COVID-19 vaccination, the country’s health minister said Friday. The rollout of...
Read more

Julen Lopetegui was humiliated at Real Madrid… but now he could...