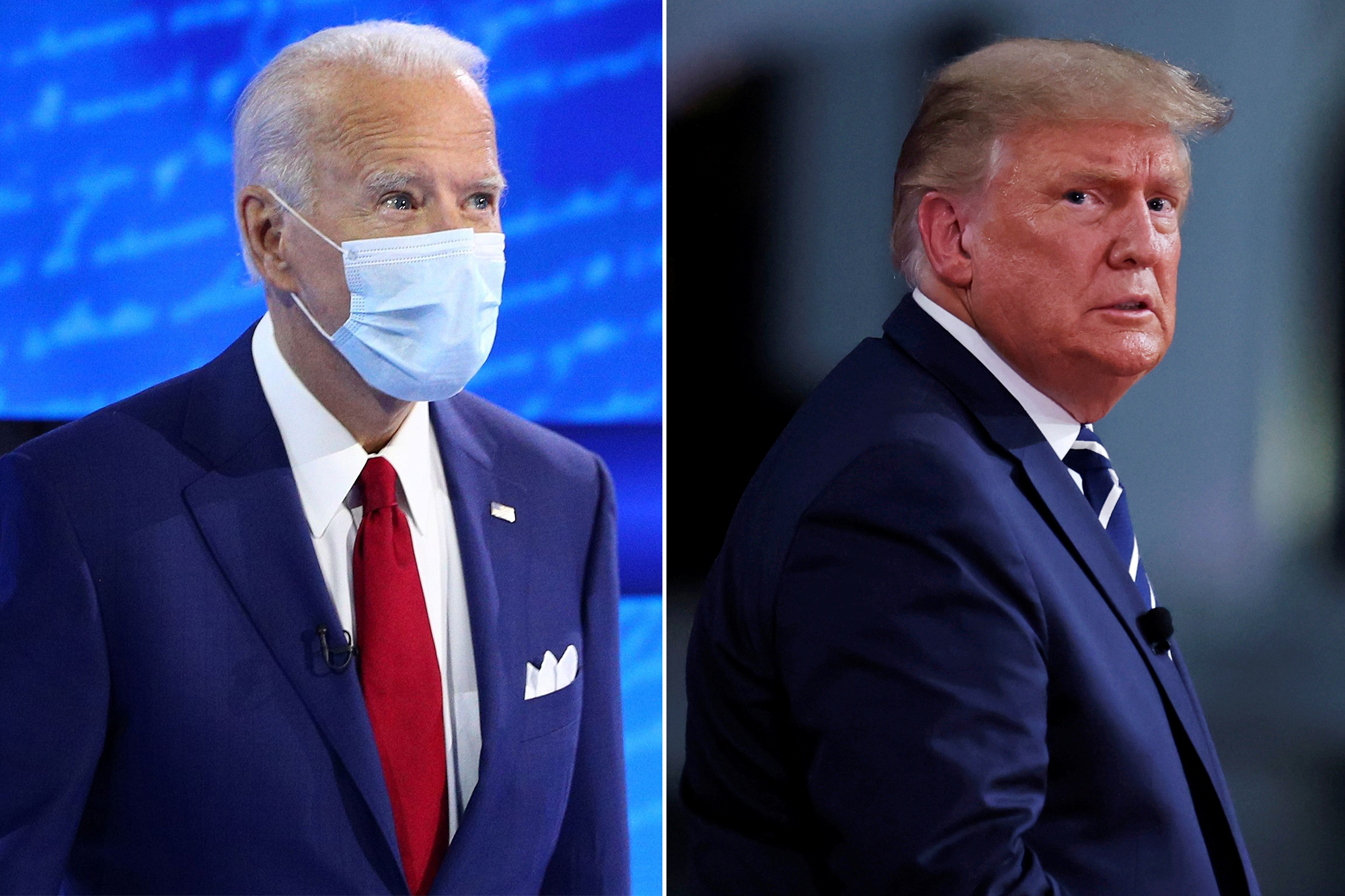 President Trump on Friday hit Joe Biden for getting off easy at his town hall the night before — when he wasn’t asked a single question about The Post’s bombshell exclusive on his son’s overseas business dealings.

“Sleepy Joe Biden had a very bad showing last night, despite the fact that @GStephanopoulos didn’t ask him any questions on his being a ‘corrupt politician,’” Trump tweeted. “Big Tech & Lamestream Media are working hard to hide this corruption!!!”

Biden made his first televised interview since The Post published a slew of emails from Hunter Biden’s alleged laptop — one of which indicating that the son arranged a meeting between his father and a top executive at a Ukrainian energy firm.

But The Post’s exposé didn’t come up once during the Democratic presidential candidate’s 90-minute ABC News town hall Thursday night. Major networks have also failed to mention the report, which published earlier this week.

Joe Biden and Trump held dueling town halls Thursday night following the cancelation of what would’ve been their second presidential debate in Miami. Trump boycotted the event after organizers made it all virtual following his coronavirus diagnosis.

At least one police officer was run over by a truck in Philadelphia as protesters stormed the streets Monday night in response to...
Read more
News

More than 20 coronavirus cases traced to Trump rallies in Minnesota

The Minnesota Department of Health said that 23 cases of coronavirus have been linked back to campaign events in the state for President...
Read more
News

Liverpool join Manchester United and Juventus in the chase of 17-year-old...
Read more

Manchester City 'are missing a trick by not signing Daniel Sturridge',...
Read more

Holly Willoughby net worth: This Morning star has huge sum of money in the bank

At 19 years old, Holly had her first TV job with a role on the CITV show S Club TV before moving to...
Read more

Manchester City 'are missing a trick by not signing Daniel Sturridge',...

Holly Willoughby net worth: This Morning star has huge sum of...