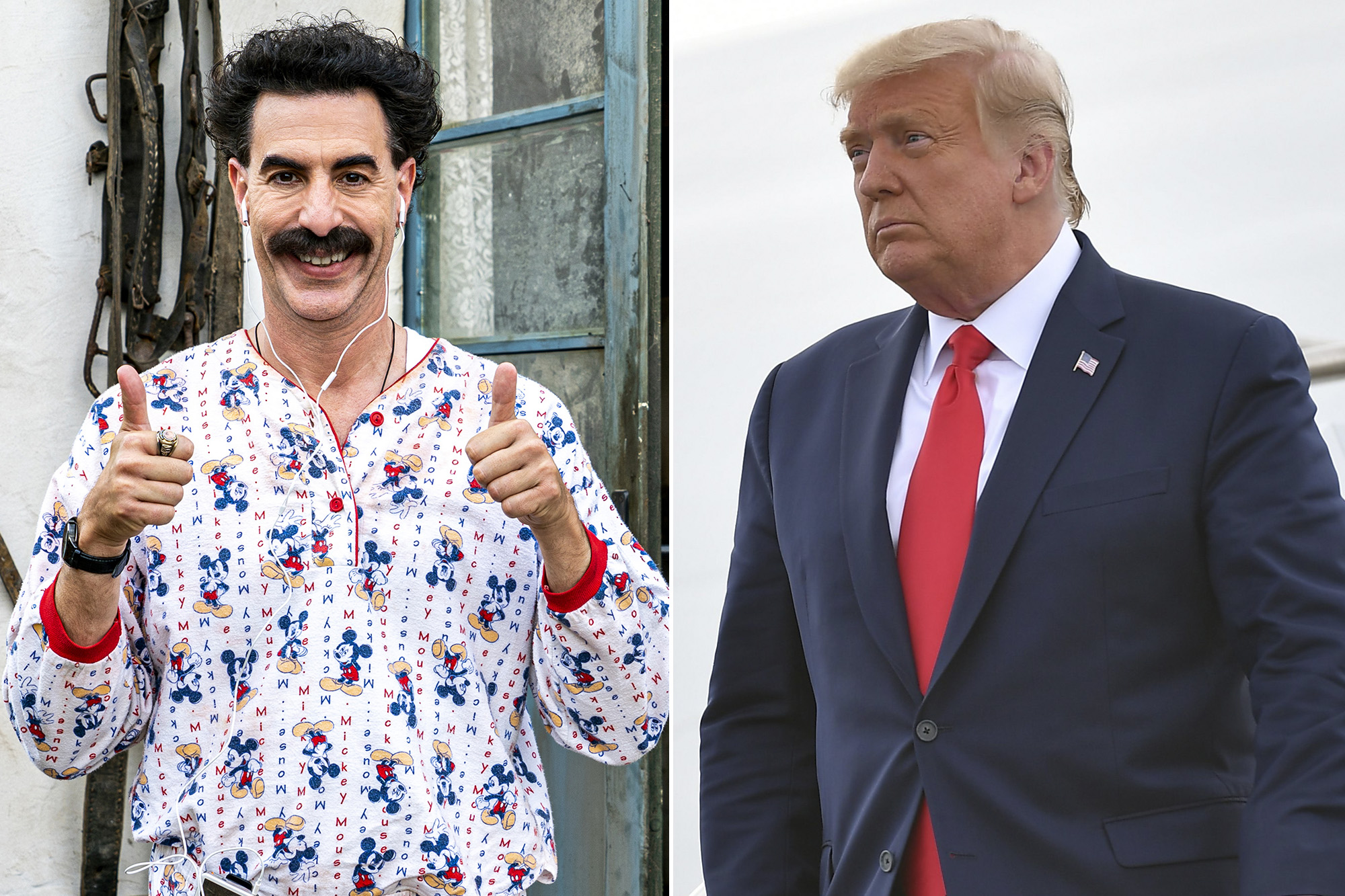 President Trump is no fan of Sacha Baron Cohen or his ‘Borat’ character.

The notorious British comedian made headlines this week for tricking Trump ally Rudy Giuliani into an embarrassing cameo in his new film, “Borat Subsequent Moviefilm.”

“Years ago, you know, he tried to scam me. And I was the only one who said no way. That’s a phony guy. And I don’t find him funny,” Trump told reporters aboard Air Force One Friday, The Sun reported. “To me, he was a creep.”

The incident with Cohen happened roughly 15 years ago, Trump said, without going into additional details.

Cohen did score a brief interview with Trump in 2003 while dressed as his character Ali G. The faux-British rapper pitched a visibly annoyed Trump on the possibility of investing in gloves to protect your hands while eating ice cream.

“I hope you make a lot of money,” Trump told him before leaving.

The film has faced critics in other corners as well, including author and financial analyst Nassim Nicholas Taleb, who derided the character as racist.

“Borat is nearly the most racist movie in history, overtly degrading the pple [sic] of #Kazakhstan. Yet many get ‘cancelled’ for misusing a certain words out of context. So Sacha Baron Cohen & authors get a free pass by the ‘left’ because he attacks Giuliani?,” Taleb wrote on Twitter. “I visited Kazakhstan a few times. Every time, locals brought the subject & insisted that Borat was not representative, that it was unfair, that it cause a lot of damage, etc.”