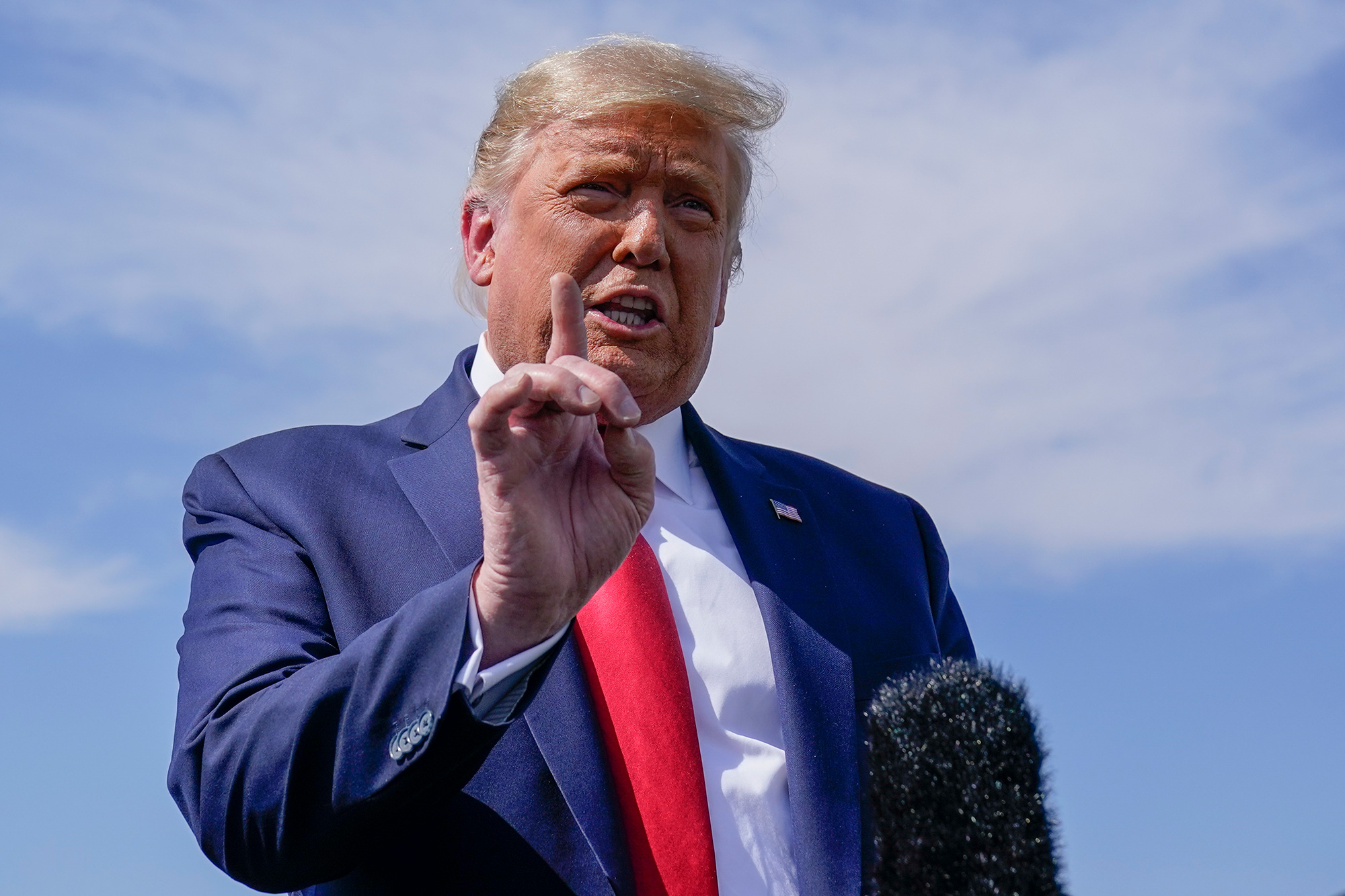 WASHINGTON — President Trump is continuing his war on “60 Minutes” after he walked out of an interview with veteran broadcaster Lesley Stahl and threatened to publish footage of the sit-down before it airs on Sunday.

The commander-in-chief on Wednesday tweeted photos of him and Stahl during their Tuesday meeting without any caption, suggesting he would make good on his promise to release clips of the interview which he said was “fake and biased.”

”Lesley had no idea!” Trump wrote.

The president reportedly stormed out of the interview with Stahl when he became unhappy with her questioning, and a short time later shared a video of the host not wearing a mask.

In the 6-second clip shared by Trump, Stahl can be seen smiling and speaking with two unidentified masked men while holding a stack of papers and notes in front of her chest. It’s unclear if Stahl knew she was being filmed or who took the video.

In a subsequent missive, Trump threatened to spoil CBS News’ big scoop by sharing the footage before it airs on Sunday evening and threatened there would be “more to come.”

At a rally in Erie, Pa., on Wednesday night, the president threatened further retribution, telling the crowd: “You have to watch what we do to ’60 Minutes,’ you’ll get such a kick out of it.”

“You’re going to get a kick out of it. Leslie Stahl is not going to be happy,” he went on.

The “60 Minutes” interview is part of a pre-election special that will also include interviews with Democratic nominee Joe Biden and running mate Sen. Kamala Harris (D-Calif.).

According to a CNN report, the president ended the interview after about 45 minutes of questioning and did not return for a joint appearance with Vice President Mike Pence.

Hollywood’s “Times’s Up” organization, set up to fight sexual harassment — with Reese Witherspoon, Amy Schumer, Brie Larson and other luminaries on its...
Read more
News

Cars were set alight and the Central Bank of France building was hit with a fire missile in Paris Saturday as tens of...
Read more
News

OLIVER HOLT: Diego Maradona changed my life when I was a 17-year-old

When I was 17, I went on a school trip. The school thought it was important and organised a mini-bus. I concocted an elaborate...
Read more

Hollywood’s “Times’s Up” organization, set up to fight sexual harassment — with Reese Witherspoon, Amy Schumer, Brie Larson and other luminaries on its...
Read more

Chris Wilder says 'every club has a right to defend their...
Read more

OLIVER HOLT: Diego Maradona changed my life when I was a...

Chris Wilder says 'every club has a right to defend their...