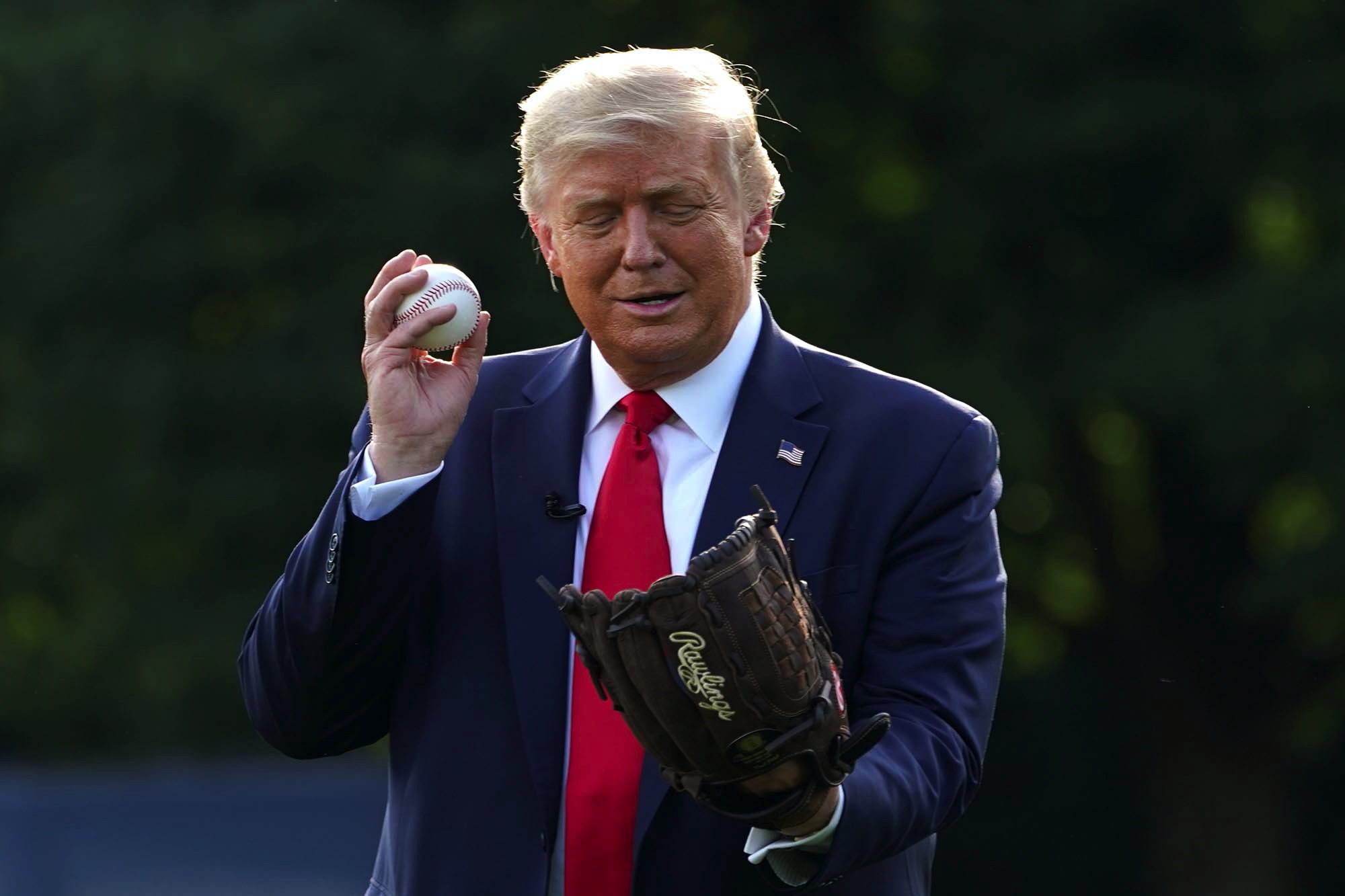 President Trump welcomed the return of Major League baseball Thursday and called for all athletes to stand for the national anthem —  just hours after every player and coach knelt before The Star-Spangled Banner was played at the season opener in Washington, D.C.

“It’s great that baseball is back, and other sports are back. I hope everyone’s standing; I hope they’re not going to be kneeling when the flag is raised. I don’t like to see that,” Trump said during a Thursday night appearance on the Sean Hannity Show.

“That would hurt a lot of people in our country. They don’t want to see that with the NFL, or baseball, or basketball, or anything else,” Trump continued. “There are plenty of places you can protest. You don’t have to protest on the raising of our flag.”

Earlier that night, the reigning World Series Champion Washington Nationals and the New York Yankees kicked off the coronavirus-shortened season with a coordinated gesture in solidarity with the Black Lives Matter movement.

Each team’s roster held a 200-yard piece of black cloth as they lined up along the foul lines and knelt for a minute before rising for the anthem.

“In order to achieve effective change and create a new canvas of optimism, empathy must lead the charge,” Freeman said. “This moment signifies our charge. Our brotherhood. Our unity. Equality and unity cannot be until there is empathy.”

The Nationals also paid tribute to Black Lives Matter with a black stencil on the back of the pitcher’s mound that featured “BLM” under the MLB logo. A variation of the BLM logo graced the bases in Nationals Park.

Athletes across the sports world have become more vocal in their support of the movement following the Minneapolis police killing of George Floyd on Memorial Day. Both basketball and baseball players have worn clothing with BLM messaging during warmups and ahead of scrimmages.

The MLB has also allowed players to wear a patch with BLM or “United For Change” on their uniforms.

After Dr. Anthony Fauci threw out the ceremonial first pitch Thursday to welcome the season in DC, Trump said he plans to throw the first pitch at Yankee Stadium on August 15, when the Bronx Bombers take on their archrival Boston Red Sox.