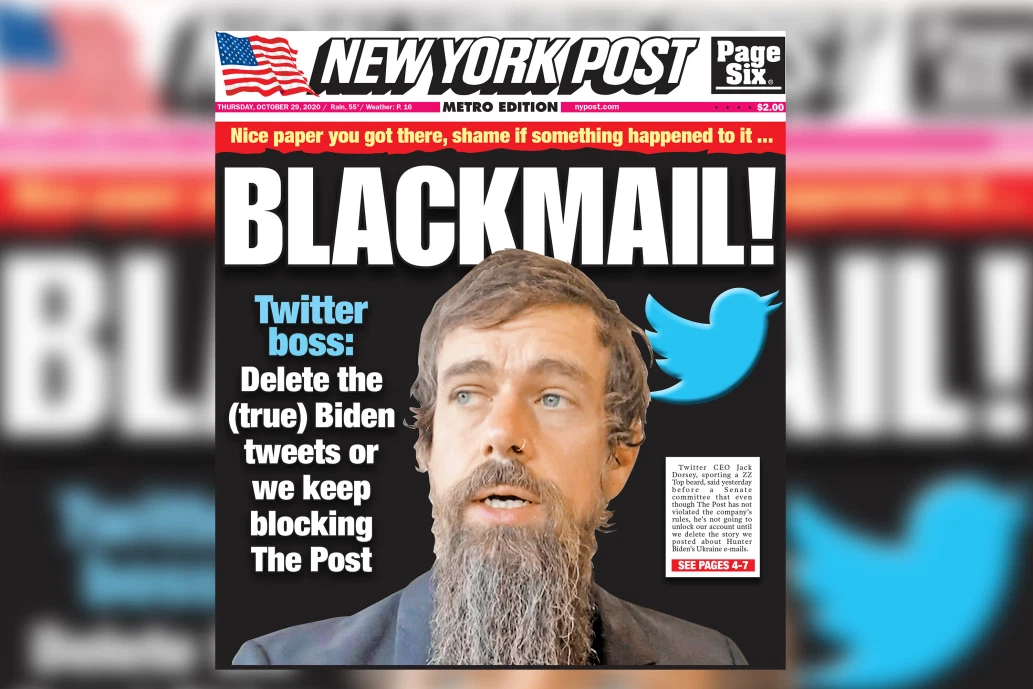 The move came after The Post refused Twitter’s demand that it delete six tweets that linked to stories that the company claimed — without any evidence — were based on hacked information.

In a series of tweets, the social-media giant said it was revising its “Hacked Materials Policy” and “updating our practice of not retroactively overturning prior enforcement.”

“Our policies are living documents,” said one of the tweets from @TwitterSafety.

“We’re willing to update and adjust them when we encounter new scenarios or receive important feedback from the public.”

The company claimed The Post violated its policy on sharing “hacked materials” by tweeting links to bombshell exclusives on Biden’s emails — without ever saying how it came to that conclusion.

But it continued to hold The Post’s account hostage unless the paper removed the six tweets about its own reporting.

Facebook
Twitter
Pinterest
WhatsApp
Previous articleThree Alabama teens accused of capital murder in death of girl they allegedly beat with a metal pole
Next articleSIR CLIVE WOODWARD: England need to put on a show against Italy in their Six Nations showdown

California Gov. Gavin Newsom on Thursday announced an emergency order that will shut down portions of the state hardest hit by a resurgence...
Read more
News

Austin, Texas, Mayor Steve Adler is claiming he’s no hypocrite for vacationing in Mexico while telling residents to stay home due to COVID-19....
Read more
News

A Missouri man has been charged with murdering a young pregnant woman and her unborn child after she was stabbed more than 20...
Read more

Shane Richie details graphic ‘repercussions’ of trial after I’m A Celeb exit ‘Was a mess!'

“Above and beyond,” he said, ‘It really did,” before offering up advice to anyone who was thinking of taking on the show in...
Read more

Wendy's manager, 53, is arrested after admitting to BITING a 17-year-old...
Read more

Kathleen Ayala, 30, is alleged to have used a nail clipper to kill her husband during...
Read more
Load more