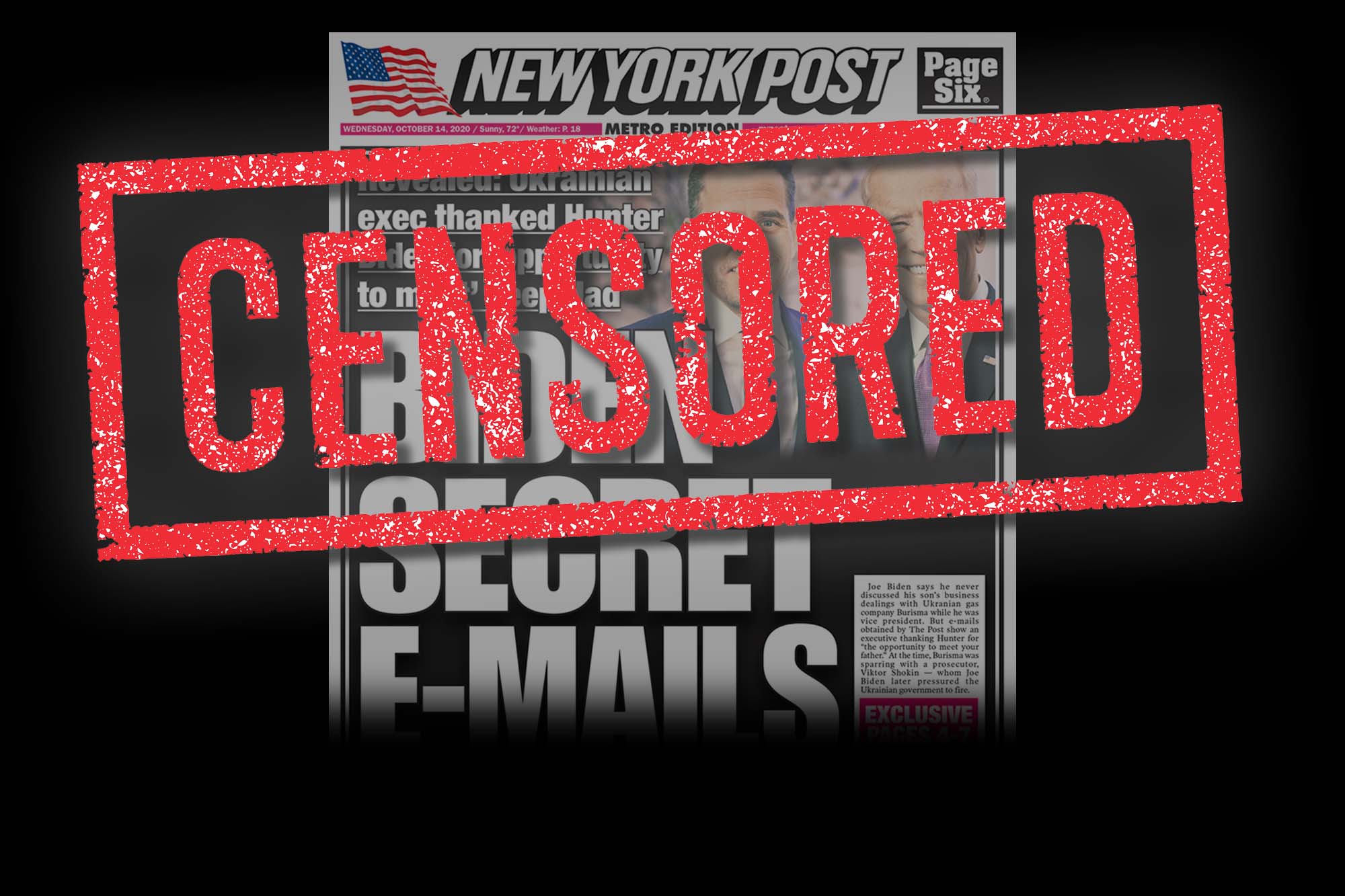 The suppression effort came despite presidential candidate Joe Biden’s campaign merely denying that he had anything on his “official schedules” about meeting a Ukrainian energy executive in 2015 — along with zero claims that his son’s computer had been hacked.

The Post’s primary Twitter account was locked as of 2:20 p.m. Wednesday because its articles about the messages obtained from Biden’s laptop broke the social network’s rules against “distribution of hacked material,” according to an email The Post received from Twitter.

“In line with our Hacked Materials Policy, as well as our approach to blocking URLs, we are taking action to block any links to or images of the material in question on Twitter,” a Twitter spokesperson told The Post in a statement.

The company said it took the step because of the lack of authoritative reporting on where the materials included in The Post’s story originated.

In a lengthier statement Wednesday night, the social media company said articles in The Post exposé, “include personal and private information — like email addresses and phone numbers — which violate our rules.”

They reiterated the baseless claim that the story relied on hacked material, but added that “commentary on or discussion about hacked materials, such as articles that cover them but do not include or link to the materials themselves, aren’t a violation of this policy.”

“Our policy only covers links to or images of hacked material themselves,” the statement says.

Users who clicked the link on Twitter were shown an alert warning them that the webpage may be “unsafe” and could contain content that would break Twitter’s rules if it were shared directly on the platform.

The extraordinary move came after Facebook said it would limit the spread of The Post’s story on its own platform. The social network added that the story would be eligible for review by independent fact-checkers.

US Sen. Josh Hawley (R-Mo.) fired off a letter to Facebook CEO Mark Zuckerberg on Wednesday demanding answers about why the platform “censored” The Post’s reporting.

“The seemingly selective nature of this public intervention suggests partiality on the part of Facebook,” Hawley wrote. “And your efforts to suppress the distribution of content revealing potentially unethical activity by a candidate for president raises a number of additional questions, to which I expect responses immediately.”

Hawley later sent a similar letter to Twitter CEO Jack Dorsey, blasting the company for what he said was “an unusual intervention that is not universally applied to all content.”

The senator demanded to know how Twitter had determined that The Post’s story was violating its policy on hacked materials and why the company had taken the “unprecedented action” to lock the news org’s account.

“I ask that you immediately answer these questions and provide the necessary justifications so that your users can feel confident that you are not seeking to influence the outcome of the presidential election with your content removal decisions,” Hawley wrote.

Apple’s lucrative App Store fees could be slashed by regulators to the tune of billions of dollars a year, the company warned investors...
Read more
Tech

A bizarre squid has been caught on camera in the wild for the first time and scientists are very excited. The ram’s horn squid...
Read more
Tech

An Alabama girl was beaten with a pole, stabbed and left in the woods by four teen attackers - who then later came...
Read more

'Everyone smiles with a trophy': Billy Vunipola hopeful England can clinch...
Read more

Most of the mainstream news media has been “concocting excuses” to ignore The Post’s exposé about Hunter Biden’s emails — which actually...
Read more