‘It’s not always about men!’ Twitter users label Canadian man a ‘creepy incel’ and a ‘laughingstock’ for claiming that women with ripped abs are ‘gross’ and not what men want

A Canadian man is being mocked and criticized on social media after he shared his confusion over why women would want to have muscular abs.

Richard Cooper, who runs a ‘men’s community’ online, took to Twitter last week to ask why women train to have ‘ripped abs,’ complaining that that’s not what men want — nor have men every wanted that in a woman.

His tweet was met with harsh criticism across Twitter and Facebook, where commenters called him a ‘laughingstock’ and a ‘creepy wee incel virgin’ and pointed out that not everything women do is for the purpose of pleasing men. 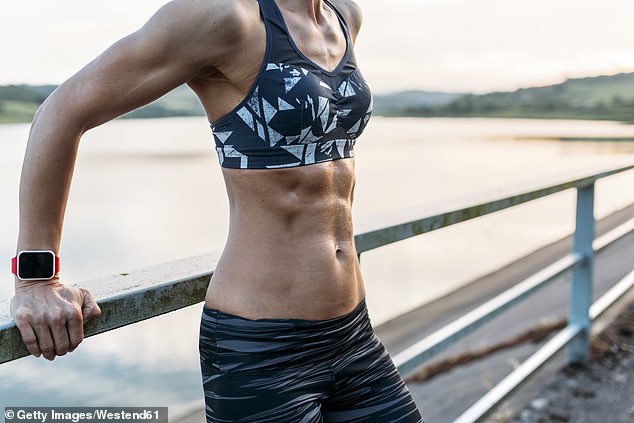 Viral: A Canadian man is being mocked and criticized on social media after he shared his confusion over why women would want to have muscular abs 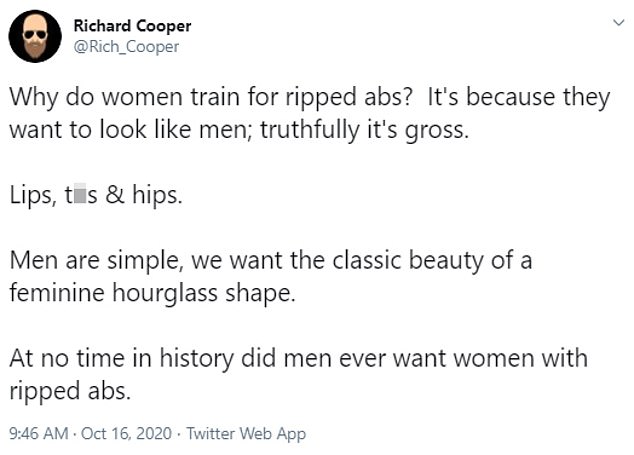 He asked why women ‘train for ripped abs’ and then answered his own question, claiming it’s because they want to ‘look like men.’ He insisted men want ‘the classic beauty of a feminine hourglass shape and ‘at no time in history did men ever want women with ripped abs’ 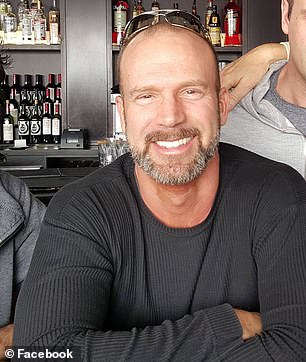 ‘Why do women train for ripped abs? It’s because they want to look like men; truthfully it’s gross. Lips, t**s & hips,’ Cooper wrote.

‘Men are simple, we want the classic beauty of a feminine hourglass shape. At no time in history did men ever want women with ripped abs.’

While the tweet earned nearly a thousand likes, it also received hundreds of comments and retweets from people telling him off on Twitter — and even more once a screengrab was shared on Facebook.

‘Not everything women do is to get male attention. These women care about being fit and athletic, not landing a boyfriend,’ commented a woman named Judith.

‘Just let women do what pleases them and makes them feel beautiful… it’s not always about men,’ replied another woman named Purity. 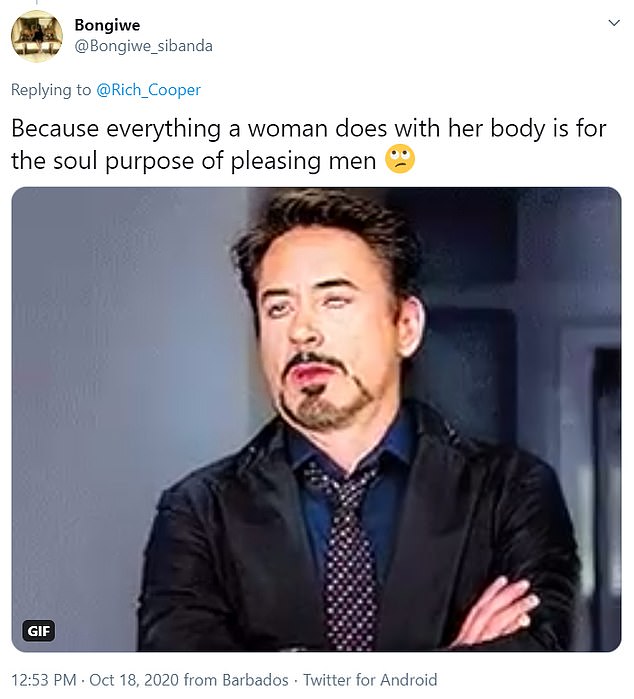 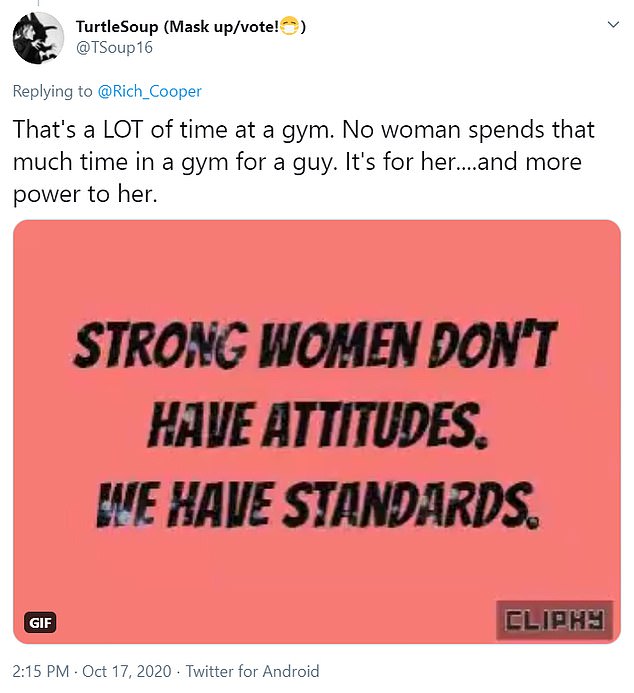 Thing about that! It received hundreds of comments and retweets from people telling him off on Twitter, with people saying that not everything women do is for men 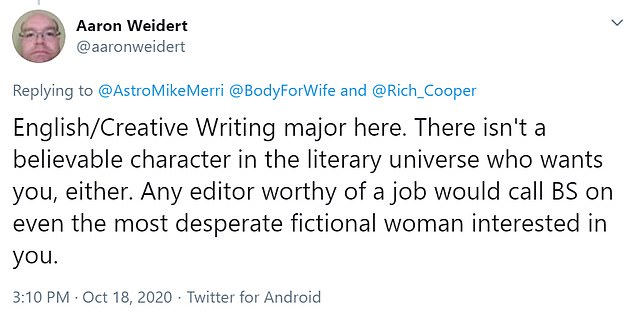 Experts: Some shared their qualifications for knowing that he’s wrong

‘They probably train like that to fight off creepy wee incel virgins like you to be fair,’ a man named Ian wrote.

‘Maybe women train so that they can crush your tiny b***s with thunder thighs,’ said a woman named Aly.

‘That’s a LOT of time at a gym. No woman spends that much time in a gym for a guy. It’s for her….and more power to her,’ said yet another commenter.

Others soon started pointing out their own qualifications in delivering an opinion.

‘Hi,’ wrote James Fell. ‘Historian here. I’m comfortable in saying that at no time in history have women ever wanted you.’

‘Woman here,’ wrote Laura Geddes. ‘I’m comfortable in saying never in my life have I been more motivated to get abs. An all natural douchenozzle repellent is what us gals need. Will report back when abs are achieved.’

More fun! Heather called him a ‘laughingstock’ and said her women’s lifting group ‘got a real kick out of it’ 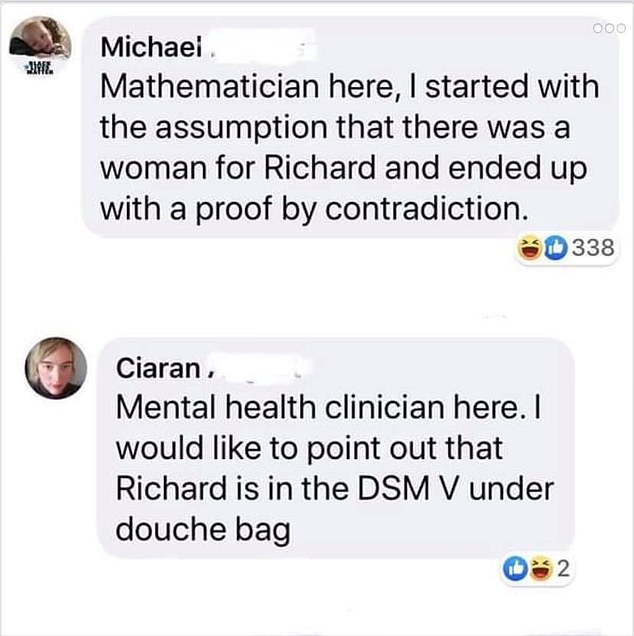 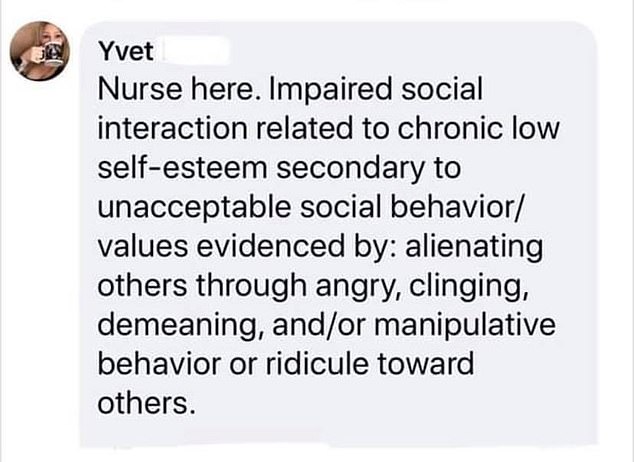 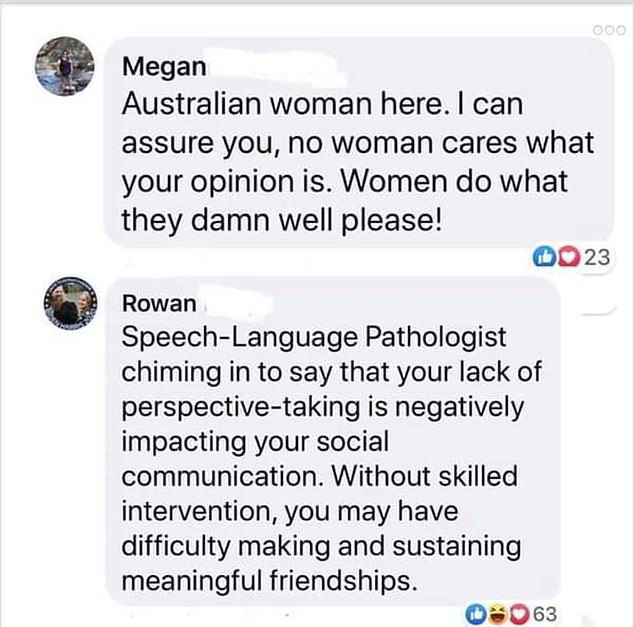 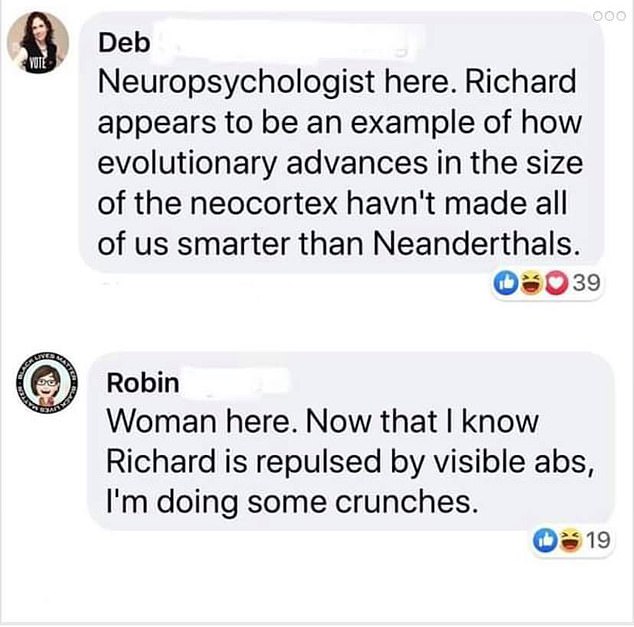 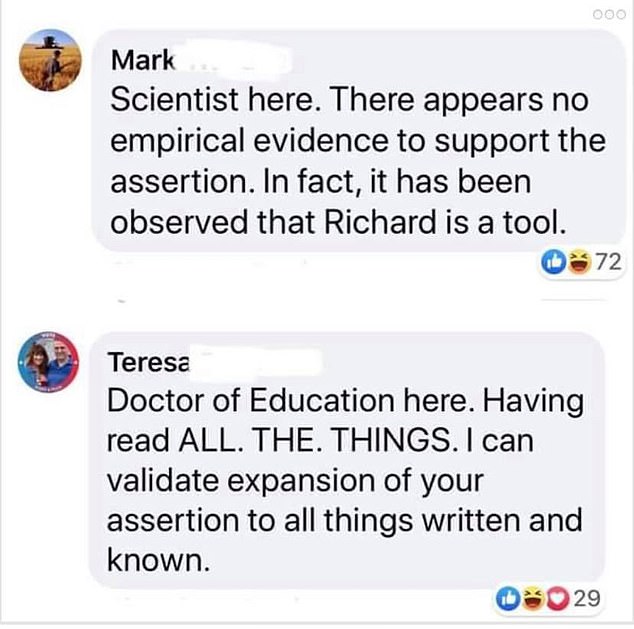 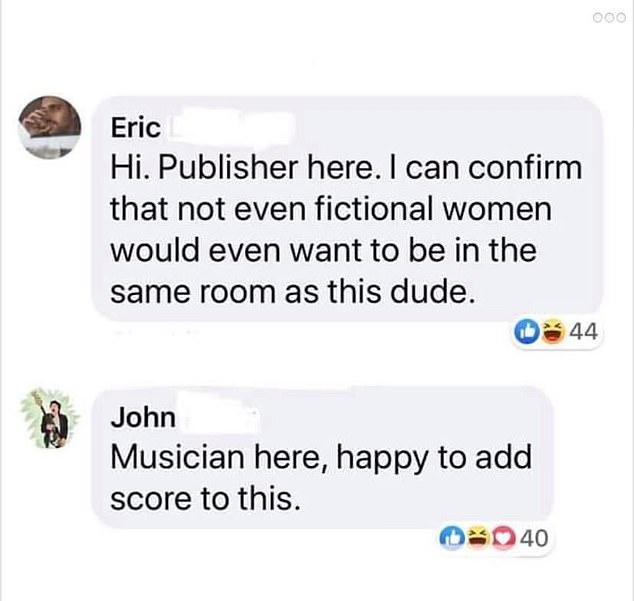 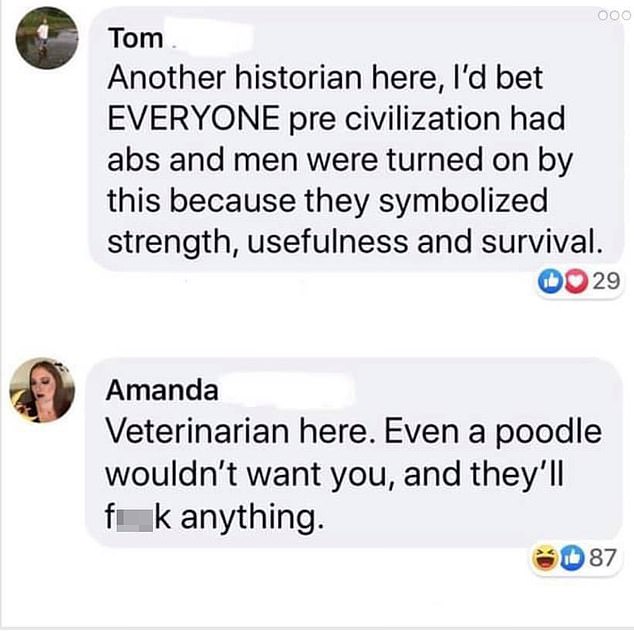 ‘English/Creative Writing major here,’ said Aaron Weirdert. ‘There isn’t a believable character in the literary universe who wants you, either. Any editor worthy of a job would call BS on even the most desperate fictional woman interested in you.’

Some commenters were just impressed by how thoroughly Cooper was roasted for his remarks.

‘Congratulations on being the laughingstock of the internet today,’ a woman named Heather chimed in. ‘It even translated across platforms! My women’s lifting group got a real kick out of it.’