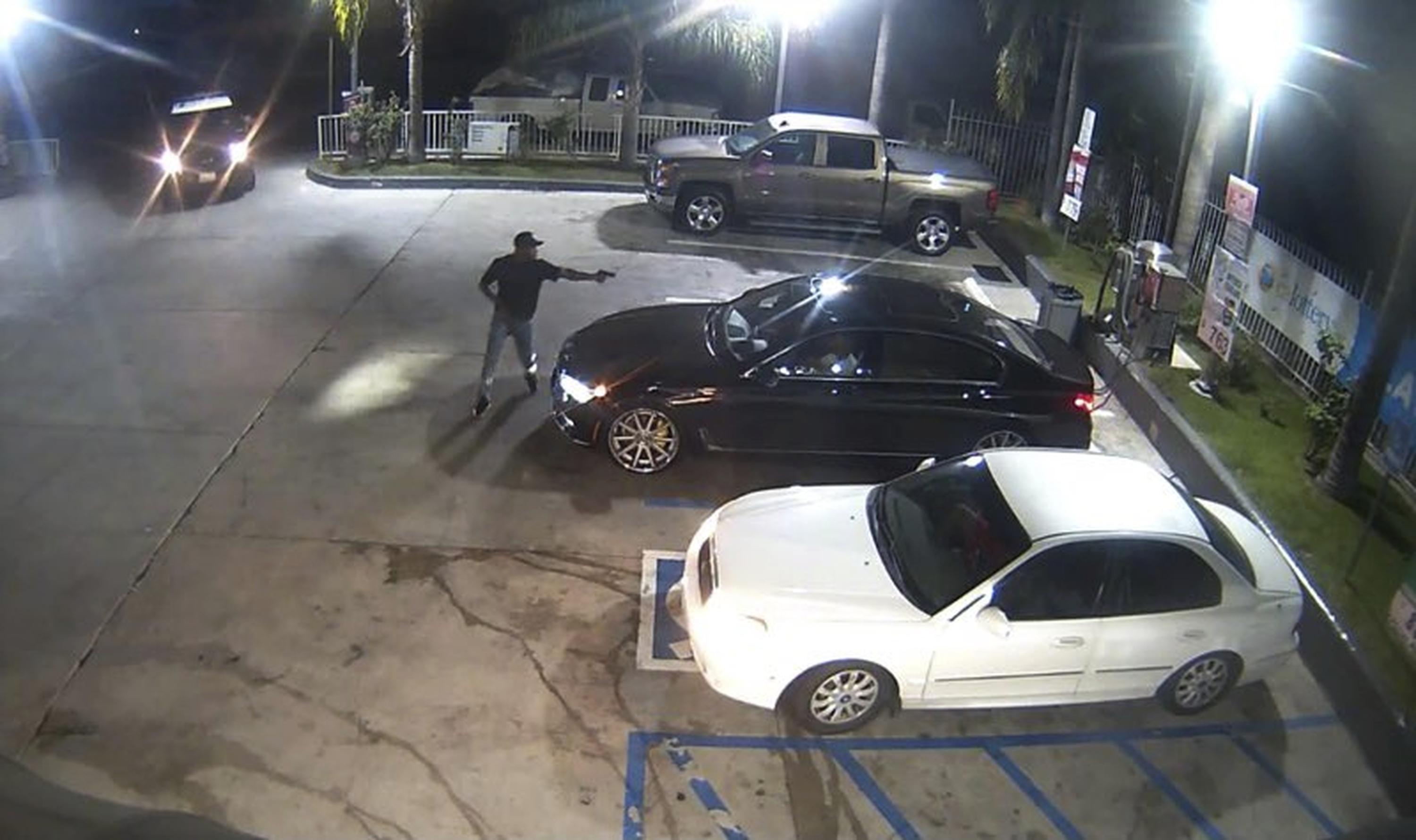 A man who pointed a gun at people in a South Los Angeles gas station parking lot was shot and killed by officers, the Los Angeles Police Department said.

The shooting occurred late Wednesday after the armed man approached four people in the lot at 111th and Figueroa streets and officers on patrol saw the situation, the department said in a tweet.

“The officers stopped and gave the suspect commands which he failed to comply with — at which point an officer-involved shooting occurred,” the department said.

Nearby, a Los Angeles County sheriff’s deputy was involved in a shooting around 4 a.m. Thursday at 108th Street and Vermont Avenue.

A brief Sheriff’s Department statement said homicide detectives were investigating a shooting involving a man but gave no details.

KNBC-TV reported from the scene that the man died. He was wanted for assault with a deadly weapon and the shooting occurred after a brief vehicle pursuit, the station said.

Los Angeles police also shot and wounded a woman in an incident in the Winnetka area of the San Fernando Valley around 2:30 a.m. Thursday.

Police responding to a report of a trespasser at a hotel went to a room where they encountered the woman armed with a handgun, the department said.

An archeological team searching for victims of the 1921 Tulsa race massacre uncovered remains at a cemetery in the city, a report said...
Read more
News

A Louisiana man brought his alleged 11-year-old rape victim to the hospital, only to lead police on a chase when doctors learned the...
Read more
News

'Politics is BORING without me': Trump says it's him or 'Sleepy Joe' Biden at Pennsylvania rally

Donald Trump boasted that he makes politics exciting as he urged voters Tuesday not to cast their ballot for Democratic nominee Joe Biden...
Read more

An archeological team searching for victims of the 1921 Tulsa race massacre uncovered remains at a cemetery in the city, a report said...
Read more

China's super-wealthy have earned a record $1.5trillion during the last year despite the global economic collapse caused by the pandemic that began in...
Read more

'Politics is BORING without me': Trump says it's him or 'Sleepy...