Several thousand electric bikes and scooters from the rental app Jump have been delivered to a recycling firm in Durham, North Carolina for processing.

The bikes will have their electronics stripped out and their frames will be sent to a separate facility and run through an auto shredder, then distributed for repurposing.

The deliveries were first noticed by Twitter user Cris Moffitt, who shared photos and some short videos showing the bikes being unloaded. 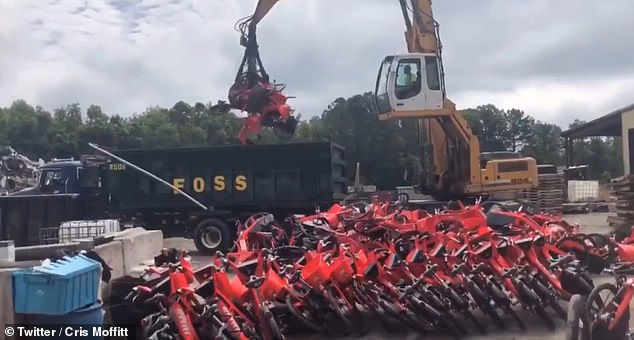 An anonymous worker from the recycling facility, Foss Recycling, said around 18 trailers in total were delivered, according to a report in Vice.

Jump was previously owned by Uber but was sold to e-scooter company Lime in May, as part of a larger deal that will see Uber invest $170million in Lime.

According to a CNN report, between 20,000 and 30,000 Jump bikes and scooters have been taken out of service.

A spokesperson for Lime said the company was not actively planning to recycle any Jump bikes or scooters it receives through the deal with Uber, and is working with Uber to ‘find sustainable ways to donate and re-use any remaining e-bikes in their inventory.’

A spokesperson for Uber said the company had investigated potentially donating some of Jump’s older bikes and scooters but had liability concerns that led them to settle on recycling instead.

‘We explored donating the remaining, older-model bikes,’ the Uber spokesperson said in a statement.

‘But given many significant issues – including maintenance, liability, safety concerns, and a lack of consumer-grade charging equipment – we decided the best approach was to responsibly recycle them.’ 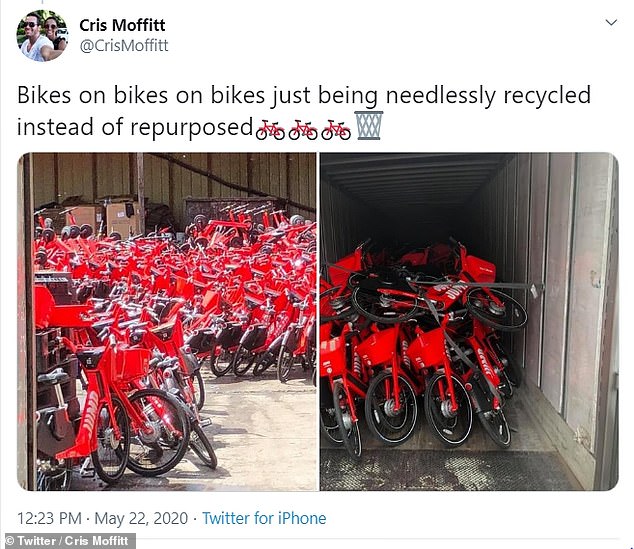 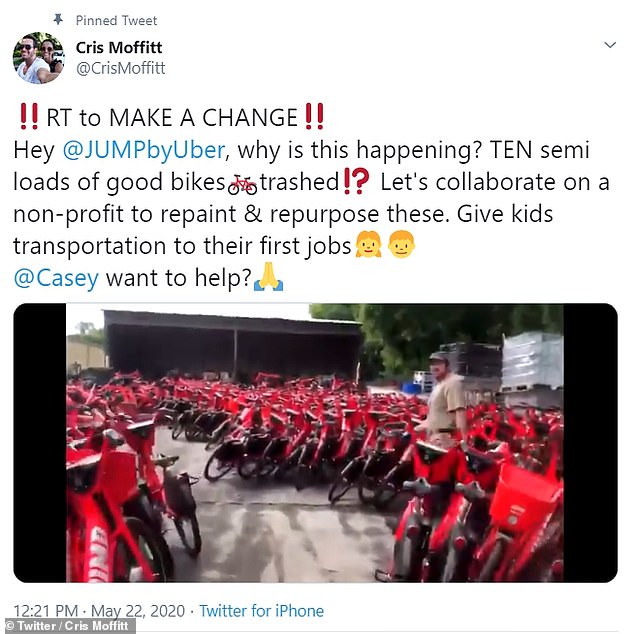 The news was disheartening for many Jump employees, many of whom were affected by Uber’s recent round of layoffs that saw the company cut its workforce by 14%, or around 3,700 employees.

‘Part of my personal pride in working for Jump was witnessing first hand the impacts these bikes had on communities,’ one former Jump employee who asked to remain anonymous told Vice.

‘And with COVID-19, the fleet of bikes that is being destroyed could’ve done even more good for cities. We’re in the midst of a bike boom where more people are biking than ever.’

‘We’re in the midst of an e-bike shortage induced by the Chinese trade war and tens of thousands of e-bikes are getting sold for scrap.’ 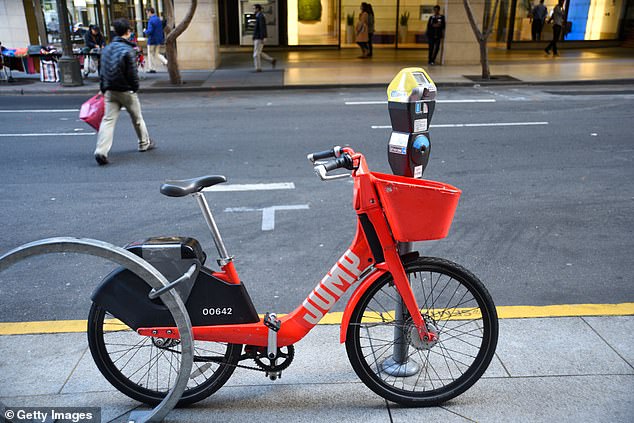 In March, Jump unveiled a new scooter model for the European market, which featured drum brakes for both front and rear wheels, a replaceable battery, updated anti-theft equipment, and puncture-resistant tires.

In other parts of the world, the need to dispose of huge numbers of bikes and scooters from short-term rental companies to make way for newer models has been common.

In 2017, drone footage from Nanjing, China captured more than 10,000 decommissioned bikes in what was described as a ‘bicycle graveyard.’

In Shanghai, two bike recycling facilities were reported to have processed 300,000 bikes a year.