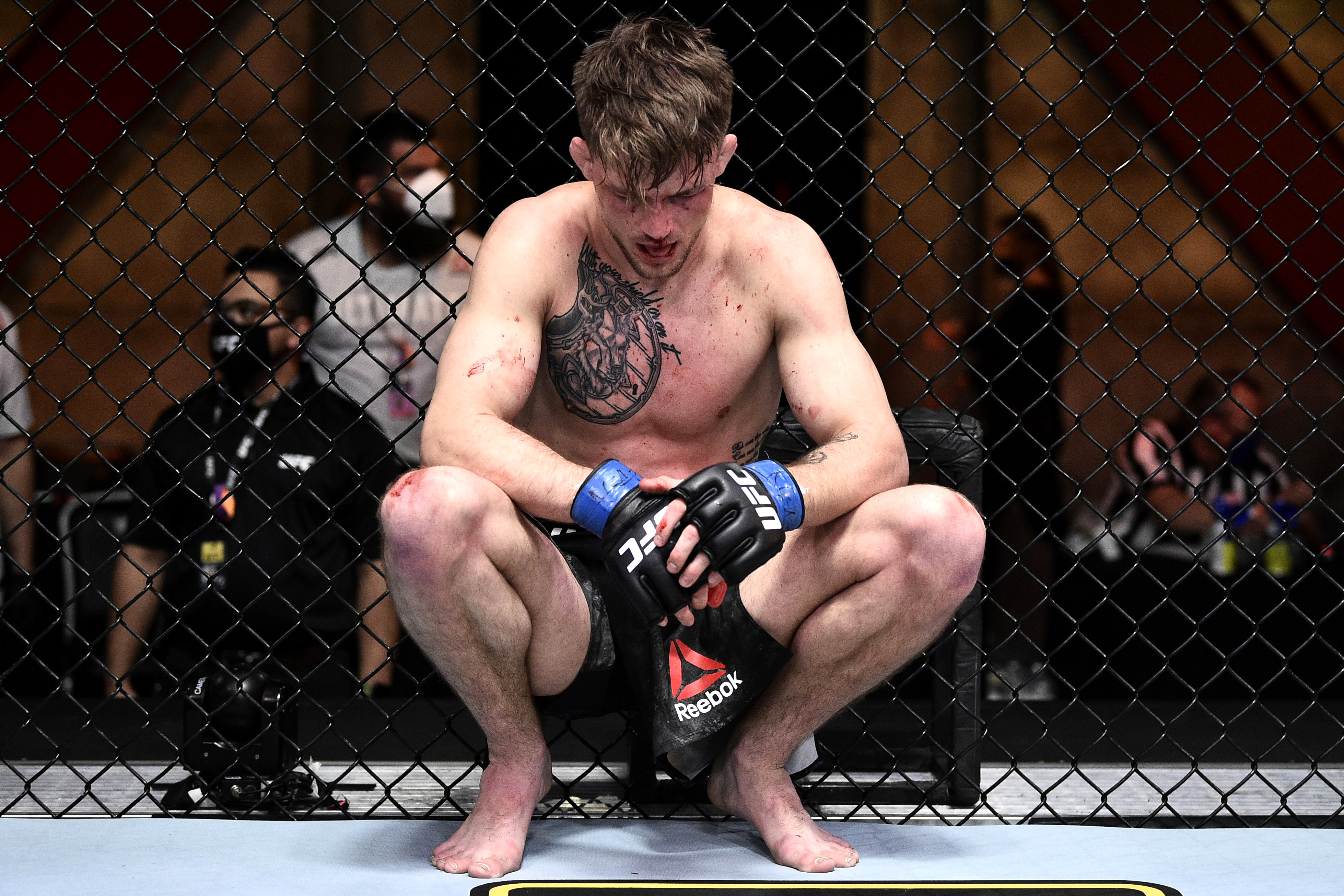 Max Rohskopf had enough. His corner didn’t agree. And now the Nevada State Athletic Commission is looking into what went down during the UFC fight Saturday night in question.

Prior to the third round of his fight against Austin Hubbard, the 25-year-old Rohskopf was heard telling his cornerman Robert Drysdale he was done, saying “call it” nine times. But Drysdale felt he had more to give. It wasn’t until Nevada State Athletic Commission (NSAC) inspector Charvez Foger noticed, and informed referee Mark Smith and a cageside physician that the fight was called upon Rohskopf confirming he didn’t want to fight any longer.

“That’s something we will take a look at,” NSAC executive director Bob Bennett said, according to ESPN. “We might want to take disciplinary action on them. That doesn’t sound like they are looking out for a fighter. Obviously, he didn’t want to come out [and fight].”

Bennett is planning to send the details of what went down to NSAC chief inspector Alex Ybarra. It is unclear if there will be a hearing.

“It may come up in a future hearing,” he said. “We will take an official look at it.”

When asked if he had any regrets, Drysdale said he did not.

“I stand by what I did,” the Brazilian jiu-jitsu practitioner and former UFC fighter told ESPN. “I expect excellence from the people I train because I love them. He wasn’t seriously hurt, and I felt he needed a mental push. I would expect the same from my coach.

“We will be back. Max is a champion.”

Rohskopf, who was 5-0 in UFC prior to Saturday’s loss, took the fight on short notice. Drysdale said Rohskopf rarely needs to be pushed or asks out of a challenge, which is why he felt a push was needed.

“That is the job of a coach, to push their fighters physically, technically and mentally,” he said of his previously undefeated fighter. “I did my job, and I have no regrets because I believe Max has potential to be one of the greats.”