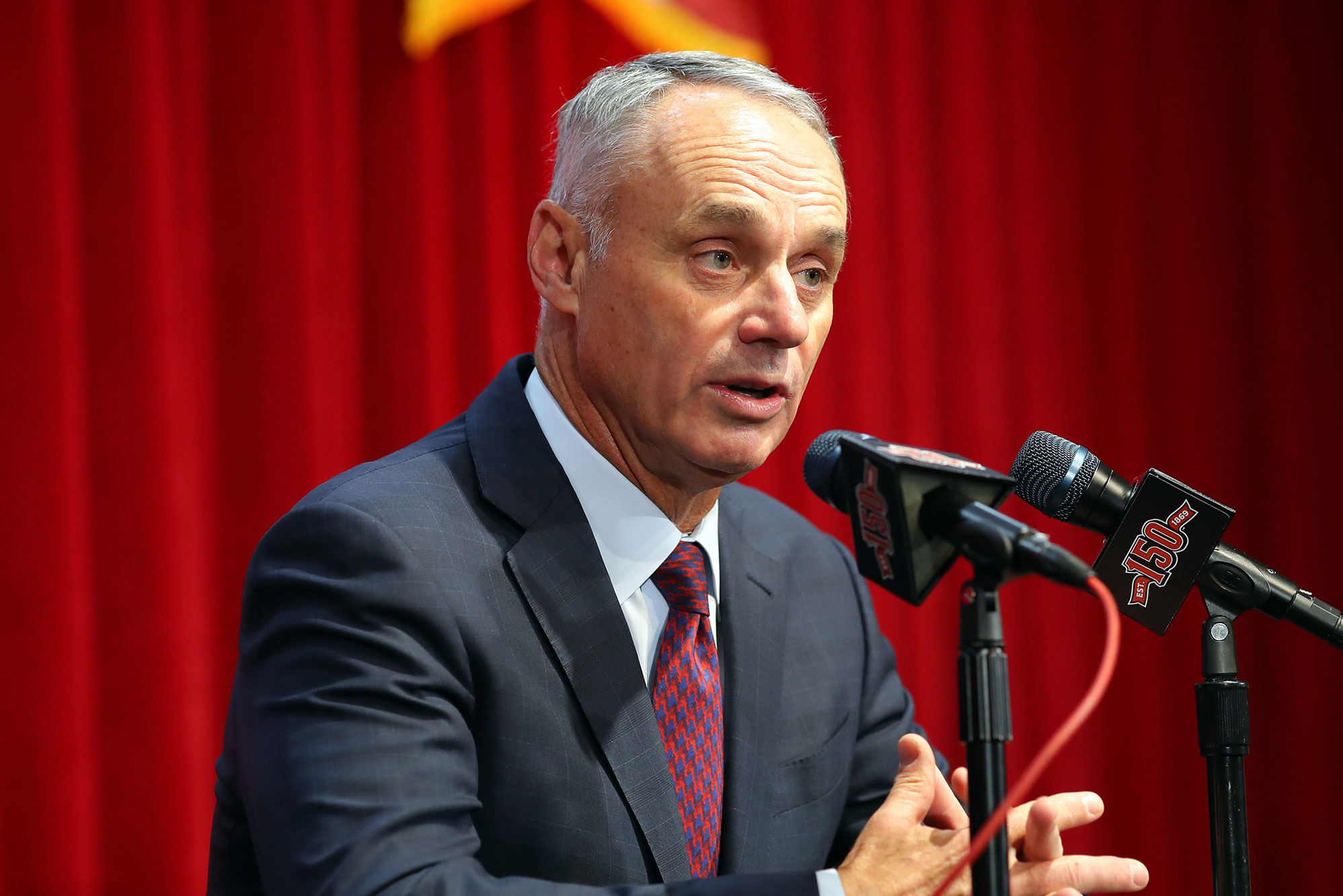 The third person in a room with Tony Clark and Rob Manfred shouldn’t be a UFC referee, it should be a court stenographer.

As we have learned with these two sides, they are never going to agree to agree even on what they supposedly have agreed upon. One man’s framework is another’s proposal. The difference in interpretations creates a gulf wide enough to trash a sport in.

They should either have a written record of everything the two sides say to each other — a lesson that should have been learned when they began clashing about what exactly was in their March 26 agreement and what was verbally understood about it — or just make negotiations pay-per-view. That not only would create a public record of the talks but just might generate the funds to restart the season.

As of Thursday, MLB believes Clark and Manfred reached the framework of an agreement for a 60-game season in which players would be paid their prorated salaries. The union treated it as a proposal by making a counter for 70 games. MLB claims what came out of the Clark/Manfred summit had a lot of moving parts that also were beneficial to the players, including at least $25 million in a postseason pool, $33 million in forgiveness of the $170 million advance from the March agreement and the universal DH through 2021. Thus, MLB did not see that as a floor to make a counterproposal, but rather the nuts and bolts of an agreement.

At this point we have learned that this relationship is like the virus that locked down the game and forced these negotiations — it is near impossible to predict what happens next. But let me try with what I think are the two most obvious courses:

1. This framework/proposal really has moved the sides close to a deal. At its heart it is about how much the players would make in salary. At 60 games it would be $1.51 billion. At 70, $1.757 billion. Could both sides get authorization from their constituencies to get to 65, $1.632 billion? Would they really shut down a season over five extra games of pay both ways?

Again, this is just mostly gut, but I would think he would set a deadline like noon Monday for a deal or else he is going to cancel the rest of the season. At which point a real deadline would finally be in place and Manfred would be forcing the players to see if they will take the money being offered or make no additional salary this year.

That will bring MLB to a full game of chicken to see if anyone blinks or Manfred goes forward with the most nuclear option.

But before we get to that brink, a word from my Twitter page. You didn’t expect that, right? On Wednesday when optimism that a deal might be near was quickly doused by the historic realities that nothing comes that easy with these entities, there was the usual responses on social media expressing anger and hate toward one side or both or on the game overall.

There was something else, though. The proposal/framework included the universal DH through 2021. That should not be dismissed. It is a real perk for players when you think that 15 more teams could have interest this offseason in hit-first or hit-only free agents such as Yoenis Cespedes, Nelson Cruz and Edwin Encarnacion.

Both MLB and union officials should take a look at the reactions on Twitter and elsewhere to the revelation of the DH coming to the NL. Not to count votes for or against. But to see how many folks weighed in and the passion they expressed to endorse or reject the move. Just the slightest glimmer that took fans away from the negotiation and back to the game exposed just how many still care about the product and what would enhance it or detract from it.

I know when the fight is about principle and hundreds of millions of dollars it is hard to see those fans or care much what they want right now. But in case you need a reminder they want the players playing. They want to argue about the DH in the NL and about 30-man rosters and what kind of teams can emerge from a 60-70 game season. They are looking for a reason to fall back in love, and if the sides need a reason to blink a little and stop the saber-rattling and get this settled remember that.

Appealing to the fans is the face-saving mechanism to make concessions at this late date; to find a way to make a proposal or framework into a deal.

WWE will use fines to enforce new coronavirus mask policy