Home News UK’s fattest man hoisted out of home with crane after being trapped...
News 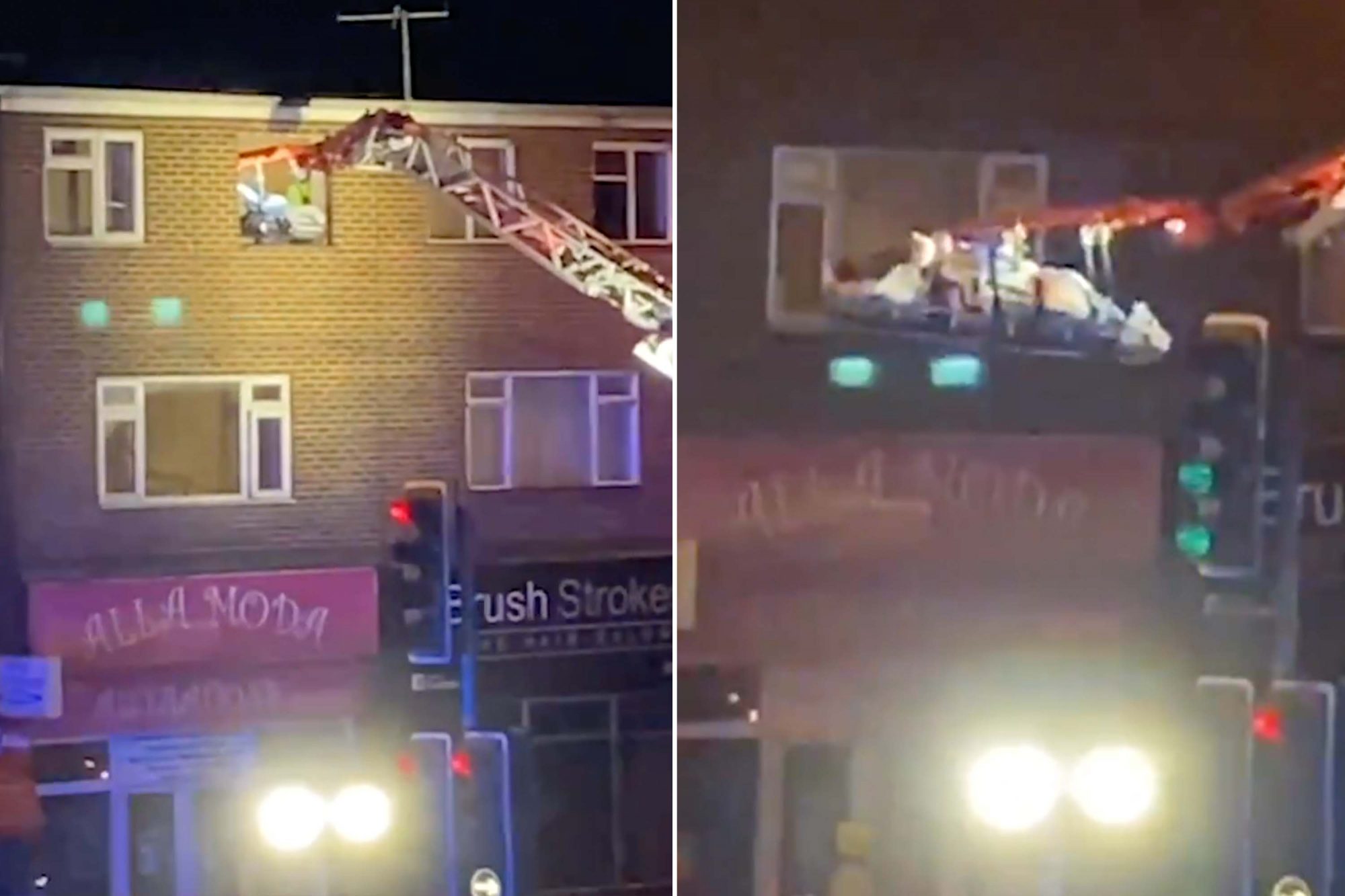 The UK’s fattest man had to be hoisted from his home by crane — after being trapped inside for six years as his weight ballooned to 700 pounds, according to a report.

Jason Holton, 30, was finally lifted to safety from his third-story apartment in Camberley, Surrey, in a rescue mission that took seven hours with more than 30 firefighters to complete, according to The Sun.

“I had eaten to a point where I suddenly couldn’t move an inch,” said Horton, who blamed spending $13,000 a year on takeouts delivered from a UK food app, JustEat.

“I left myself to die and waited for my heart to give up. I felt there was nothing left in life for me.”

But Holton — who once went to a nine-week fat camp in New Jersey — finally called for help, going through with the mammoth operation even after being warned he might not survive.

“I told my rescuers to go ahead — or else I’d only end up dying inside my [apartment},” he told The Sun.

“It was amazing because it was the first time in six years I’d experienced fresh air,” he said of being lifted out of the window to safety.

“All I remember is the breath of fresh air and the breeze rushing over my body.”

He was taken to hospital in a specialist ambulance to be treated for Lymphoedema in his groin and legs — a chronic condition that causes water retention and swelling, The Sun said.

“I fear for him and I fear losing him,” his 52-year-old mom, Leisa, told the paper. “Doctors have said he won’t last another five years. He’ll end up having a heart attack.”

Horton — who said he has always been a “fat lad” — became Britain’s fattest man in 2015, following the death of a 33-year-old who weighed 910 pounds, the UK paper said. He has never worked and always had to rely on government benefits, he said.

“I suppose eating has always brought me comfort, but it’s just got out of control,” he said.

He is now urging the UK government to create laws limiting the number of delivery meals that online services can take to each household.

“If it wasn’t for food delivery apps, I’d never be as bad as I am now,” he said.

A Kentucky mayor was arrested for driving under the influence after falling asleep in a White Castle drive-thru line and crashing into a...
Read more
News

A one-year-old boy was killed during a shooting in Washington DC on Wednesday night, cops said. The baby was in a car when he...
Read more

Vodafone is offering 30-days of free unlimited mobile data to select customers, so they’re able to keep in touch with friends and family...
Read more