An anomaly inside an underground experiment designed to uncover the secret of dark matter has scientists hopeful that the unexplained events are evidence of a new discovery in physics and not mundane contamination.

In a new preprint paper, physicists at the Xenon Collaboration, the world’s most sensitive dark matter experiment, say that they’ve recorded an ‘excess of events’ inside their detector.

Those observations could be a sign of a dark matter particle called an axion or potentially further insight on neutrinos but alternatively, scientists have cautioned that the unexplained event could just be contamination caused by tritium. 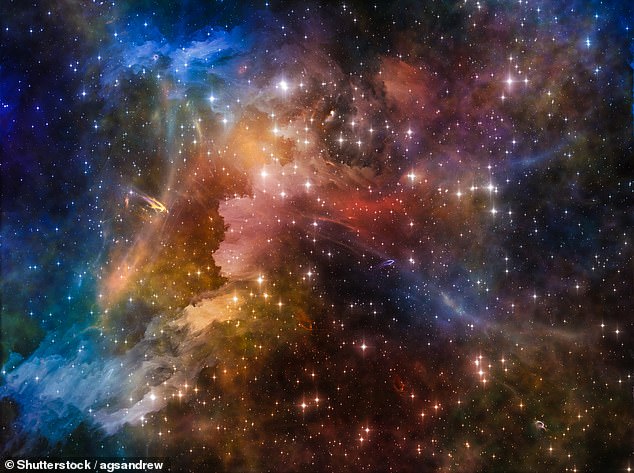 ‘The question is: Is this some known physics, such as a tiny contamination with tritium, or is this the tip of the iceberg pointing to truly new physics, beyond what we know from textbooks? We simply don’t know at this point,’ said Rafael Lang, a Purdue University associate professor of physics and astronomy in a statement on the findings.

In the paper, researchers say measurements taken by the experiment, called dXenon1T, between February 2017 and February 2018 showed higher activity than expected.

The Xenon1T experiment is located in Italy’s Abruzzo mountains and consists of a cylindrical tank that is filled with more than 6,000 pounds of liquid xenon.

The detector is located about a mile underground and is an attempt to stamp out radioactive interference that could distort measurements.

According to them, the team saw 285 ‘events’ which was much higher than the expected maximum of around 247.

In addition to potentially being either evidence of novel neutrino behavior or an axion, scientists say it could also be evidence of a particle known as WIMP (weakly interacting massive particle) which are thought to constitute dark matter.

Scientists have been searching for dark matter – a still theoretical form of matter that is hypothesized to make up the majority of matter in the universe – for 40 years but have yet to observe it.

The Xenon1T is currently being upgraded to give more sensitive readings so scientists are hopeful that improvements will give them greater insight into current findings.

WHAT IS DARK MATTER?

Dark matter is a hypothetical substance said to make up roughly 27 per cent of the universe.

The enigmatic material is invisible because it does not reflect light, and has never been directly observed by scientists.

Astronomers know it to be out there because of its gravitational effects on known matter.

The European Space Agency says: ‘Shine a torch in a completely dark room, and you will see only what the torch illuminates.

Dark matter is a hypothetical substance said to make up roughly 27 per cent of the universe. It is thought to be the gravitational ‘glue’ that holds the galaxies together (artist’s impression)

‘That does not mean that the room around you does not exist.

‘Similarly we know dark matter exists but have never observed it directly.’

The material is thought to be the gravitational ‘glue’ that holds the galaxies together.

Calculations show that many galaxies would be torn apart instead of rotating if they weren’t held together by a large amount of dark matter.

Just five per cent the observable universe consists of known matter such as atoms and subatomic particles.

Grizzly bears that live near humans are 7.5 TIMES more likely to die young than those in the wild