US Election 2020: Mike Pence casts his absentee ballot in Indiana

Vice President Mike Pence and second lady Karen Pence voted in Indianapolis on Friday, becoming the first of the four people on the two presidential ballots to vote.

The Pences, wearing face masks, dropped their absentee ballots in a drop box at the the Indianapolis City-County Building.

They gave a thumb’s up sign after depositing their ballots. Almost a million people have voted early in Indiana, according to the secretary of state’s office.

‘It’s a great honor and great to be back home again,’ Vice President Pence said.

The couple voted shortly after the building opened at 8 am and there was a line of voters around the block, waiting to cast their own ballot. 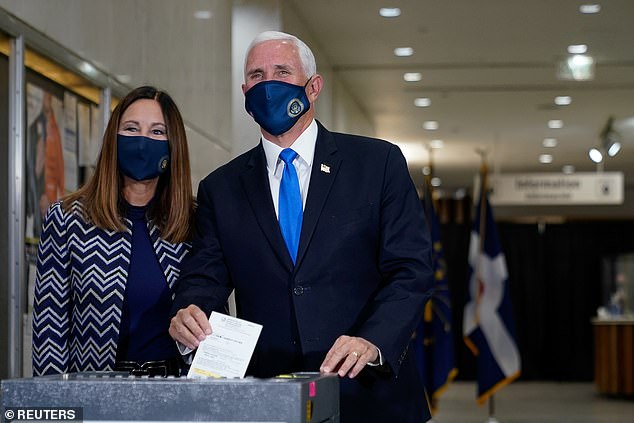 Vice President Mike Pence and second lady Karen Pence voted in Indianapolis on Friday, becoming the first of the four people on the two presidential ballots to vote 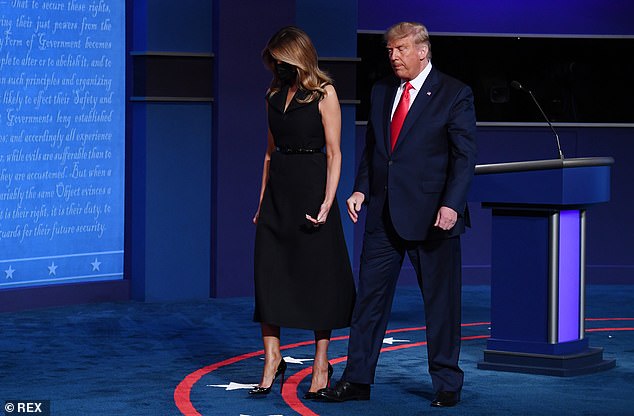 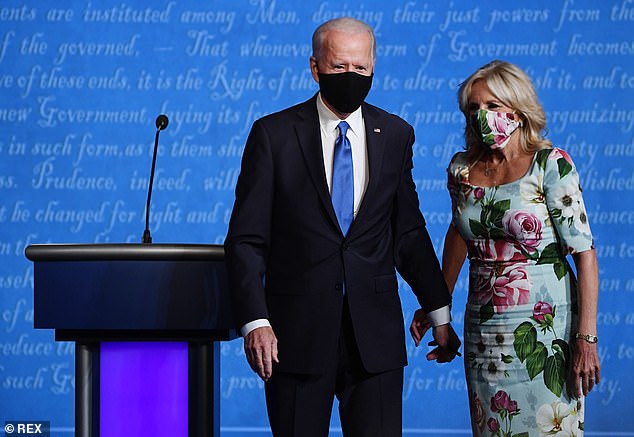 The Biden campaign has not said when and how Joe and Jill Biden will vote; the couple is registered in Delaware

Outside the building were protesters dressed in the red handmaiden costumes from ‘The Handmaid’s Tale,’ a story about a dystopian society.

President Donald Trump also will vote early, casting his ballot in his home state of Florida on Saturday.

‘I’ll be in Florida,’ President Trump told reporters on Air Force One after the presidential debate of his plans for the next few days. ‘We’re doing rallies and then I’m going to vote in person.’

Trump heads to Florida on Friday afternoon for rallies in The Villages and Pensacola. The president voted by mail-in ballot for Florida’s primary election.

The Biden campaign hasn’t said when or how Joe and Jill Biden will vote. The couple is registered in Delaware, which allows any registered voter to request a mail-in ballot. The state does not allow early in-person voting.

Nor has been announced the voting schedule for California Senator Kamala Harris and her husband Doug Emhoff.

More than 50 million Americans have already cast a ballot, according to the Elections Project, which tracks early voting data.

The Pences and President Trump’s early votes come after the campaign has criticized the mail-in voting option, saying it leads to voter fraud despite studies showing it does not. Many states expanded their mail-in voting option this year because of the coronavirus pandemic.

Democrats were quick to take advantage of the new voting rules and have urged their supporters to vote as soon as possible.

Early voting data show Democrats have taken that to heart. More than 85 million mail-in ballots have been requested, the Election Project reports, and 44 per cent of those have been from Democrats with 25.5 per cent from Republicans.

And the number of Americans who have voted before Election Day is hitting record levels.

Former President Barack Obama will campaign for Biden in Miami on Saturday. 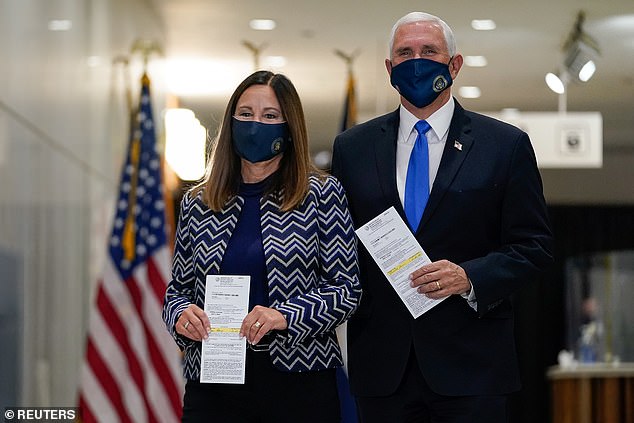 Vice President Pence and Karen Pence voted by absentee ballot, putting them in a drop box in Indianapolis 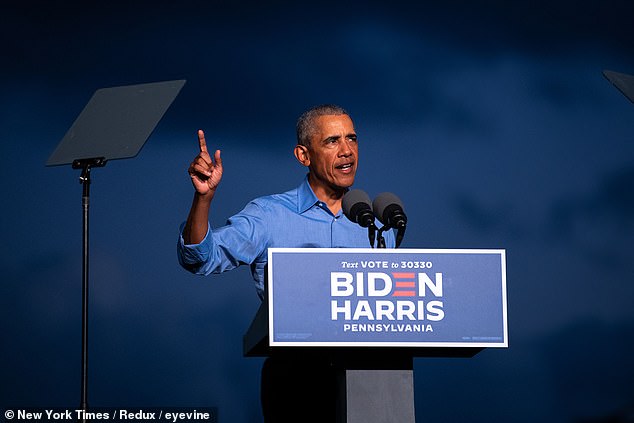 In Pennsylvania, where Trump’s win there made him the first Republican in over 20 years to carry the state, Republicans had a major loss on Monday when the Supreme Court upheld a lower court ruling extending the deadline for mail-in ballots. Officials can count ballots received up to three days after Election Day, a huge win for Democrats.

Democrats have requested about 1.8 million – or 64 per cent – of the 2.8 million mail-in ballots requested in the state. Pennsylvania officials cannot begin counting returns until Election Day.

The president held a campaign rally there Tuesday night while Jill Biden was in the state the same day for her husband’s campaign.

In Michigan, of the 3 million registered voters, 1.5 million of them have already returned their ballot, according to Secretary of State Jocelyn Benson. She predicted two-thirds of voters in the state would vote early this year.

In North Carolina, more than 2 million voters have already cast a ballot and officials predict that 80 percent will have voted by November 3.

And Arizona has seen 1.1 million ballots cast already. Officials there started counting ballots on Tuesday as state law permits the tabulating to start two weeks out from Election Day.