The US Marshals Service has recovered 45 missing children in Ohio under a sweeping operation called ‘Autumn Hope’ which resulted in 169 arrests, the state’s attorney general announced Monday.

A total of 169 people – at least 157 of them men – were arrested on charges of soliciting and other crimes in Franklin, Cuyahoga and Lucas counties in the month of October, Yost said.

Forty-five missing children were recovered, along with 109 human trafficking survivors, WBNS reported. Its unclear how many of those were linked to the 157 arrests.

Officials presented very few details about the individual cases when proudly announcing the impressive total figures – raising some of the same questions that surrounded a similar announcement about an August mission in Georgia dubbed ‘Operation Not Forgotten’.

In that operation, officials said that 39 children had been ‘rescued’ after they were reported missing in Georgia and were labeled as being at high risk for falling victim to human trafficking.

Of those children, ranging in age from three to 17, 15 were found to be trafficking victims while the majority were runaways and one was found in the custody of a parent. 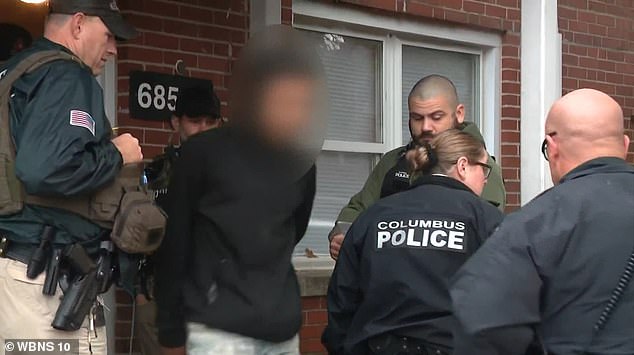 The US Marshals Service has recovered 45 missing children in Ohio under a massive operation called ‘Autumn Hope’ which resulted in 169 arrests. Pictured: Marshals arrest a man in Columbus during the month-long operation

Among the children recovered in Operation Autumn Hope was a 14-year-old girl who had been reported missing in Lancaster six hours before she was recovered about 30 miles away in Columbus, the AG’s office said. 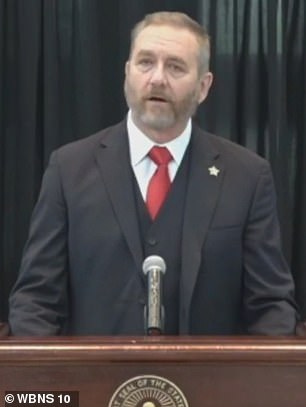 Another child was a 15-year-old boy who was wanted in connection with multiple shootings and a homicide.

He was found with a loaded gun, officials said.

A third case involved a 15-year-old girl who was missing from Cleveland.

Information collected during that recovery linked the girl and other possible victims to an individual in Columbus who is suspected of human trafficking, the agency said.

Two other missing children were recovered by Marshals in West Virginia and the USMS Southern Ohio task force during a traffic stop, officials said.

An adult male driving the vehicle with the two children was arrested on charges of concealment or removal of a minor child. 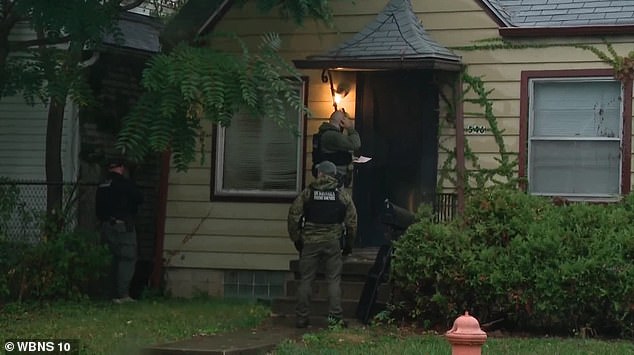 Yost said the operation had four main goals: Rescuing victims of human trafficking and referring them to social services; recovering missing and exploited children; apprehending those seeking to have sex with a minor; and arresting male johns seeking to buy sex.

Peter C Tobin, US Marshal for the Southern District of Ohio, praised the efforts of law enforcement officials involved in the operation in a statement.

‘My thanks to all personnel who have stepped up for this operation,’ Tobin said.

‘These are the same personnel who hunt down violent fugitives every day. I’m incredibly proud of them and pleased that they were able to apply those same skills to finding missing children.

‘I know Operation Autumn Hope has made a difference in a lot of young lives.’

Autumn Hope is the third major anti-sex trafficking operation conducted by the USMS this fall.

Last month the agency announced that 25 missing and endangered children between the ages of 13 and 18 had been recovered in Ohio during Operation Safety Net.

The other major mission was Operation Not Forgotten in Georgia, which resulted in the arrests of nine people on charges including sex trafficking, parental kidnapping, custodial interference and registered sex offender violence.

The intensive rescue was conducted by the US Marshals Service Missing Child Unit, the agency’s Southeast Regional Fugitive Task Force, the National Center for Missing and Exploited Children (NCMEC) and Georgia state and local agencies.

Officials said the missing children were ‘considered to be some of the most at-risk and challenging recovery cases in the area, based on indications of high-risk factors such as victimization of child sex trafficking, child exploitation, sexual abuse, physical abuse, and medical or mental health conditions.’

USMS investigators were able to confirm each child’s location in person and assure their safety and welfare.

The agency said it has recovered missing children in 75 percent of cases its received over the past five years.

Grandparents are tied up and robbed by group of five armed...
Read more
U.S

President-elect Joe Biden said he's about to get access to the presidential daily briefing and that his staff is speaking to Dr. Anthony...
Read more
U.S

Female footballers may be in MORE danger of suffering from dementia...
Read more
Load more