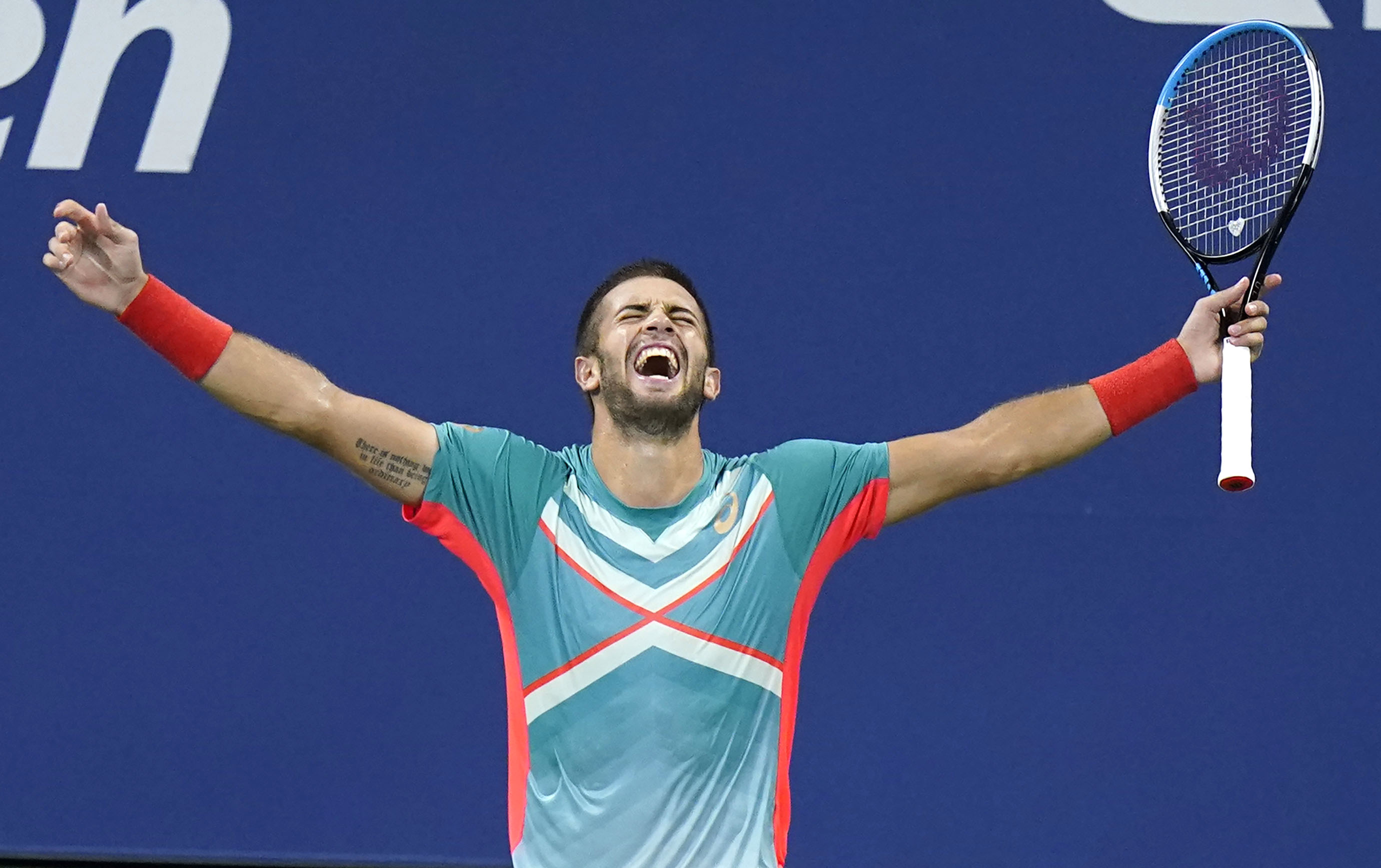 The match seemed all but over — to everyone but Borna Coric.

He was down two sets to one and behind 5-1 in the fourth set. Somehow, at that point, the 23-year-old Croatian found a way to get off the mat and pull one off the biggest upsets of the U.S. Open five days into the Grand Slam tournament.

“I have to be honest and say that I was real lucky,” Coric said in his on-court interview following the marathon four-hour and thirty-six minute match that ended at 1:10 a.m. Saturday morning. “I just made some unbelievable returns, and I was a little bit lucky.”

Even after losing the fourth set, Tsitsipas went up a break in the fifth, only to blow the ensuing game at 15, leading to a tiebreak. He never led there and lost the match on his serve with the final of his 42 unforced errors.

Minutes after the defeat, in which he failed to convert on six match points, Tsitsipas tweeted, “This is probably the saddest and the funniest at the same time thing that has ever happened in my career!”

Coric moves onto the fourth round, equaling his best showing at the Open, where he will meet unseeded Australian Jordan Thompson. The 23-year-old Croatian, who won his previous match over Argentine Juan Ignacio Londero in five sets as well, has never reached a major quarterfinal.