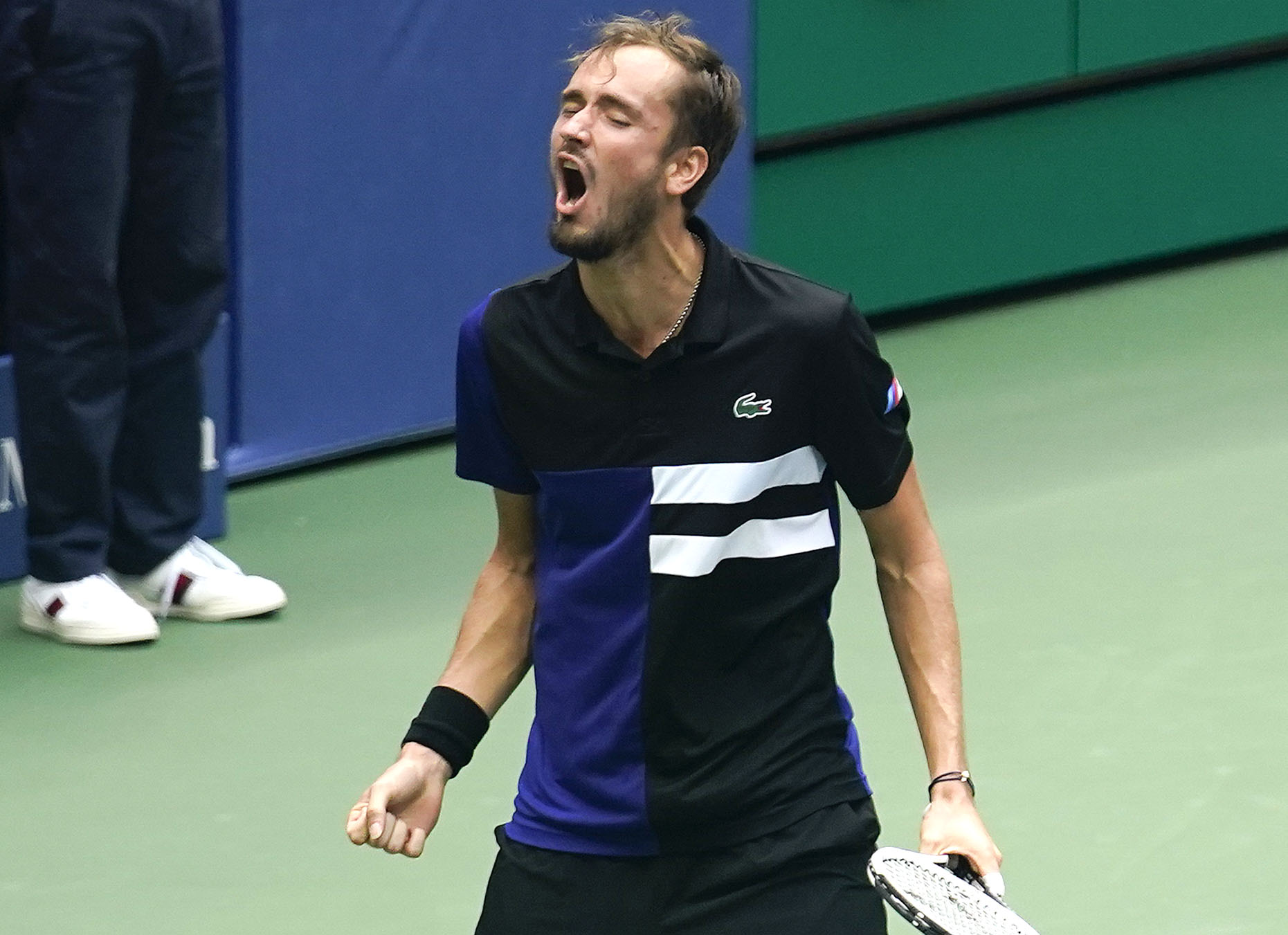 Disqualified from the U.S. Open, Novak Djokovic has flown back to Europe to get ready for next week’s Italian Open in Rome before attempting to dethrone Rafael Nadal as champion of the French Open, which is scheduled to start Sept. 21.

Pray for ESPN and its ratings, but the tennis tenacity will rage — even without fans — as the four men left standing each vies for his first Grand Slam title.

“There is no Roger, Rafa, Novak, but there is Daniil, Sascha [Zverev] and Pablo now,” said Thiem, making his Open semifinals debut as the first Austrian to ever advance that far. “There are three other amazing players. Every single one of us deserves this first major title. Everybody will give it all. Once we step on the court, those other three are forgotten anyway.”

History will never forget Djokovic’s stunning boot after flicking a tennis ball that accidentally hit a female line judge, ending his unbeaten mark of 26-0 in 2020. But the Covid Open champion was always going to have an asterisk attached.

In fairness, Medvedev, 24, was expected to be on this stage after a breakout 2019 summer climaxed by an epic five-set loss to Nadal in the Open final.

In a time when fans still attended the Open, Medvedev was booed most of the tournament after an incident in which he angrily grabbed a towel from a ballboy. He subsequently egged on the crowd to jeer him.

The Medvedev-Thiem semifinal — No. 2-seed vs. No. 3-seed — is the headliner. The lanky, 6-foot-6 Russian has lost just three service games (65 of 68) all tournament and hasn’t dropped a set.

In fact, Medvedev hasn’t even been down a break in a set. Not an ace machine, he relies on terrific placement and moves around the court as good as anyone and owns deceptive firepower.

In contrast, Thiem’s forehand is considered as rock solid as there is on tour. It’s surprising Thiem hasn’t won a Grand Slam yet at age 27, as Nadal and Djokovic have owned him.

“[Medvedev] comes very close to the big-three players in that he can play his top level, for doesn’t matter how long — four, five, six hours,” said Thiem, who holds a 2-1 edge in career matches, but lost their last outing, in Montreal last year. “That’s going to be really, really difficult. It’s going to be a big stage, even if it’s without fans. It’s going to be a great semifinals.”

In truth, Medvedev expected to gain at least the semifinals. He wasn’t on Djokovic’s half of the draw.

“In order to meet him, I would need to be in the final,’’ the Russian said. “Maybe I’m going to say to myself, ‘Yeah, this is an opportunity here, maybe bigger than if I would face [Djokovic earlier].’ ”

Medvedev had shoulder cramps in his quarterfinal straight-setter over Andrey Rublev and needed a trainer’s attention, but he claimed to be sound. A limber shoulder is the No. 1 key to serving big.

“The best way is to hit an ace, but you will not do it all the time,’’ Medvedev said. “If you don’t make an ace, you want to give yourself position to be in hold of the point. That’s what serve [is there] for.’’

In the other semifinal, Carreno Busta will be the underdog against the smoke-serving German fifth seed, Zverev.

Give the Spaniard credit for testing Djokovic in their fourth-round match, taking a 6-5 first-set lead. But it’s hard to imagine the Serbian wasn’t going to eventually send the 20th-seeded Carreno Busta packing.

Instead, Djokovic packed up and is across the pond as Flushing’s Final Four goes on without the No. 1 seed.