Valencia fans protested against the ownership of their club by hiring a mariachi band to follow their directors around the city.

Supporters are not able to vent their anger in stadiums due to current Covid-19 restrictions but found a unique way of getting their message across on Monday.

In pictures and videos posted by Libertad VCF on Twitter, a mariachi band can be seen playing music while directors Kim Koh and Joey Lim sat a cafe. The officials tried to lose the musicians but were followed all the way into Valencia’s offices. 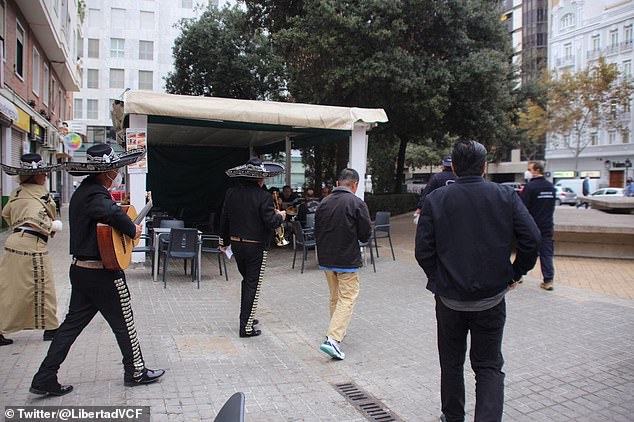 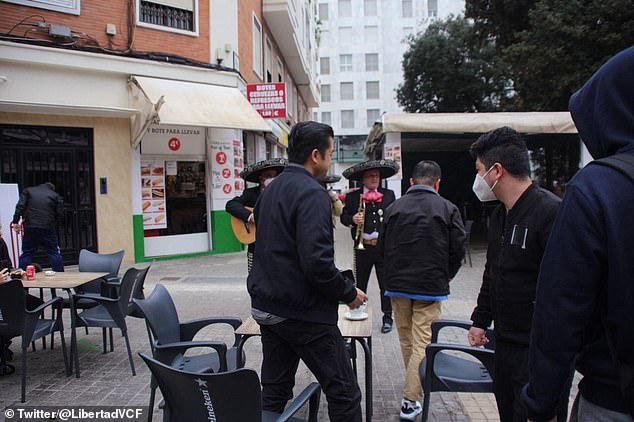 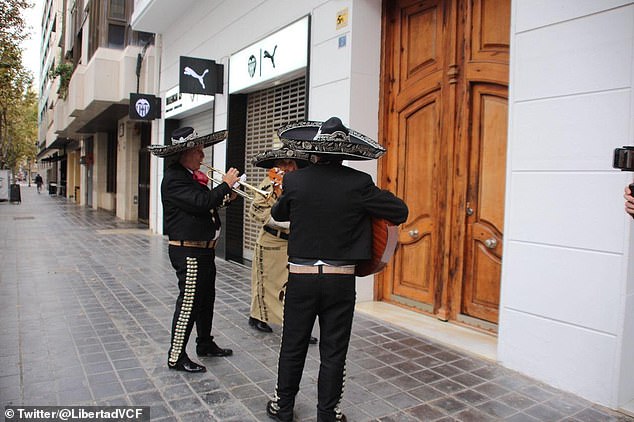 Fans have become increasingly disenchanted with the running of the club since Lim took over in 2015.

The LaLiga side sold key players including Dani Parejo and Francis Coquelin who went to Villarreal while Rodrigo Moreno joined Leeds and Ferran Torres signed for Manchester City. The four sales brought in around £54million.

Javi Gracia, who is Lim’s seventh manager in five years, went public on the this not being the project he signed up for. In September, he said: ‘I can see the squad just as everybody else can. It’s been weakened because of the departures. I have the hope that the reinforcements that were promised to me will come but no one has arrived.’ 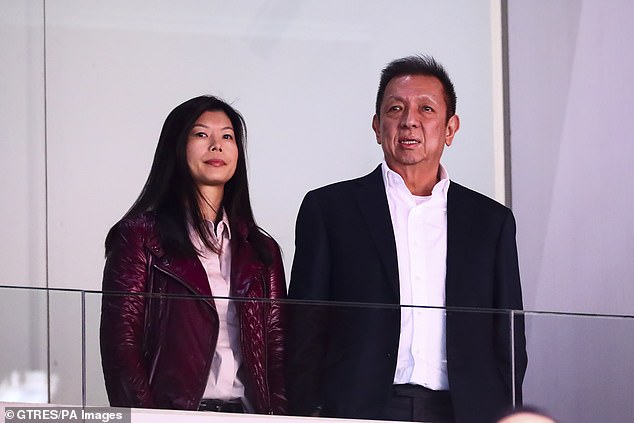 But despite promises of replacements for the players sold, Garcia did not see any new arrivals on deadline day.

Gracia remained in charge after a meeting with club president Anil Murthy at the start of the month but Murthy has also come in for criticism.

Midfielder Geoffrey Kondogbia launched an extraordinary attack on the president last week, claiming he has ‘destroyed the club.’

‘Having already destroyed an ambitious project, you had to deceive your coach and, finally, me. Thank you, Anil Murthy,’ Kondogbia posted to his Instagram stories. 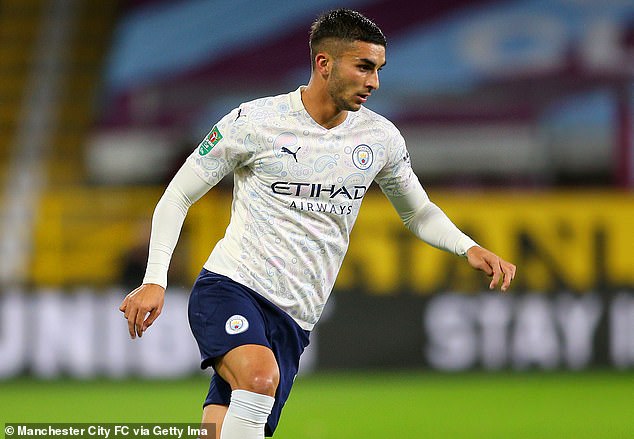 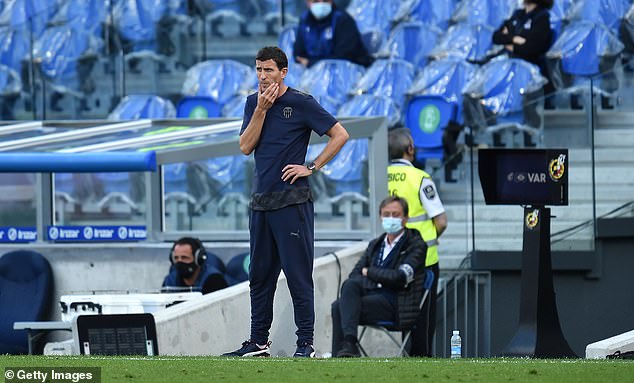 Valencia had three different managers last season and finished well short of the Europa League spot which would have eased some of the financial pressures imposed by the coronavirus pandemic.

The club won the Copa del Rey just 16 months ago and qualified for the Champions League before the 2019-2020 season under the management of Marcelino.

But he was sacked in September last season after disagreements with Lim after the coach asking for more autonomy.

The series of events has left Valencia supporters increasingly frustrated and with fans set to be away from football stadiums for the foreseeable future, they may look for more novel ways of venting their anger. 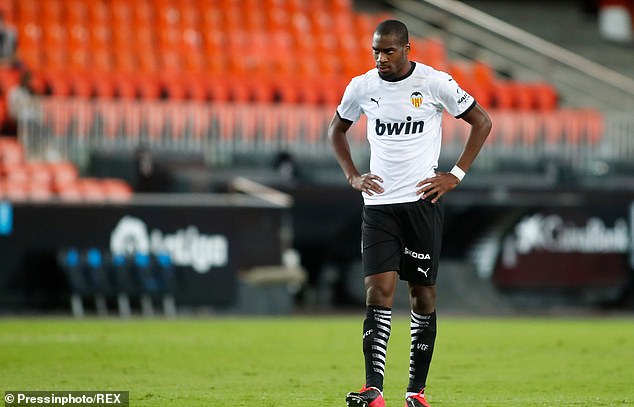 Russell Watson is best known for his operatic vocals, which propelled him into the spotlight during the 2000s. The opera singer recently assumed...
Read more
Load more