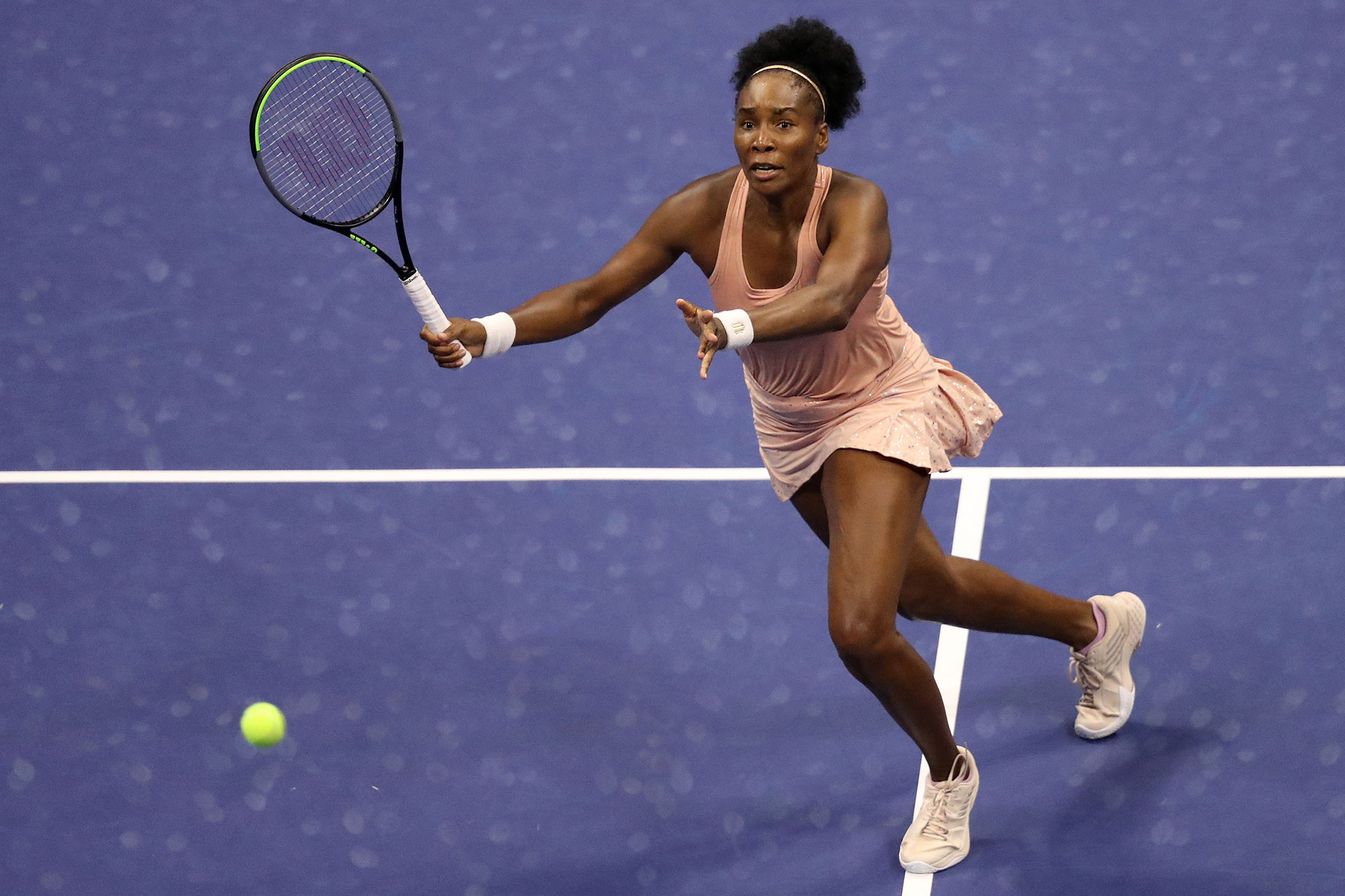 Venus Williams has played in the U.S. Open a record-tying 22 times, but a first-time occurrence in her career conceivably could mark her final appearance at Flushing Meadows.

The 40-year-old former top-ranked player in the world never had lost in the first round in Queens, but she fell Tuesday night to 20th-seeded Karolina Muchova of the Czech Republic, 6-3, 7-5, at a quiet Arthur Ashe Stadium with her sister Serena watching from a socially distanced luxury suite.

Venus, ranked 67th in the WTA rankings, captured the U.S. Open crown in successive years in 2000-01 before losing in the finals to Serena the following year, Venus’ final appearance in the championship round.

The seven-time Grand Slam winner (also including five Wimbledon titles) made a spirited run to the Open semis in 2017, fueled by the New York crowds before losing a three-setter to eventual champion Sloane Stephens.

Due to the coronavirus pandemic, there would be no such boosts from the local fans, nor any fitting standing ovations if this turns out to be Venus’ final on-court appearance in New York’s annual marquee event. Jimmy Connors also appeared in 22 U.S. Opens on the men’s side.

With Serena looking on after dispatching fellow American Kristie Ahn in straight sets on the same court to conclude the afternoon schedule, Venus couldn’t hold serve to start the opening set. She committed two unforced errors as Muchova broke for the first of three times.

The 24-year-old Muchova has risen to a ranking of 26 in the world — and a 20th seed for this COVID-affected tournament – including third-round advancements in each of her last two tries here and a quarterfinal run at Wimbledon in 2019.

She proved to be too strong for Venus, pounding eight aces and winning 70 percent of her first-serve points. Williams committed 34 unforced errors but actually was up a break and serving for the second set at 5-4. But Muchova converted break points in two of the final three games to send Venus home early here for the first time in her career.