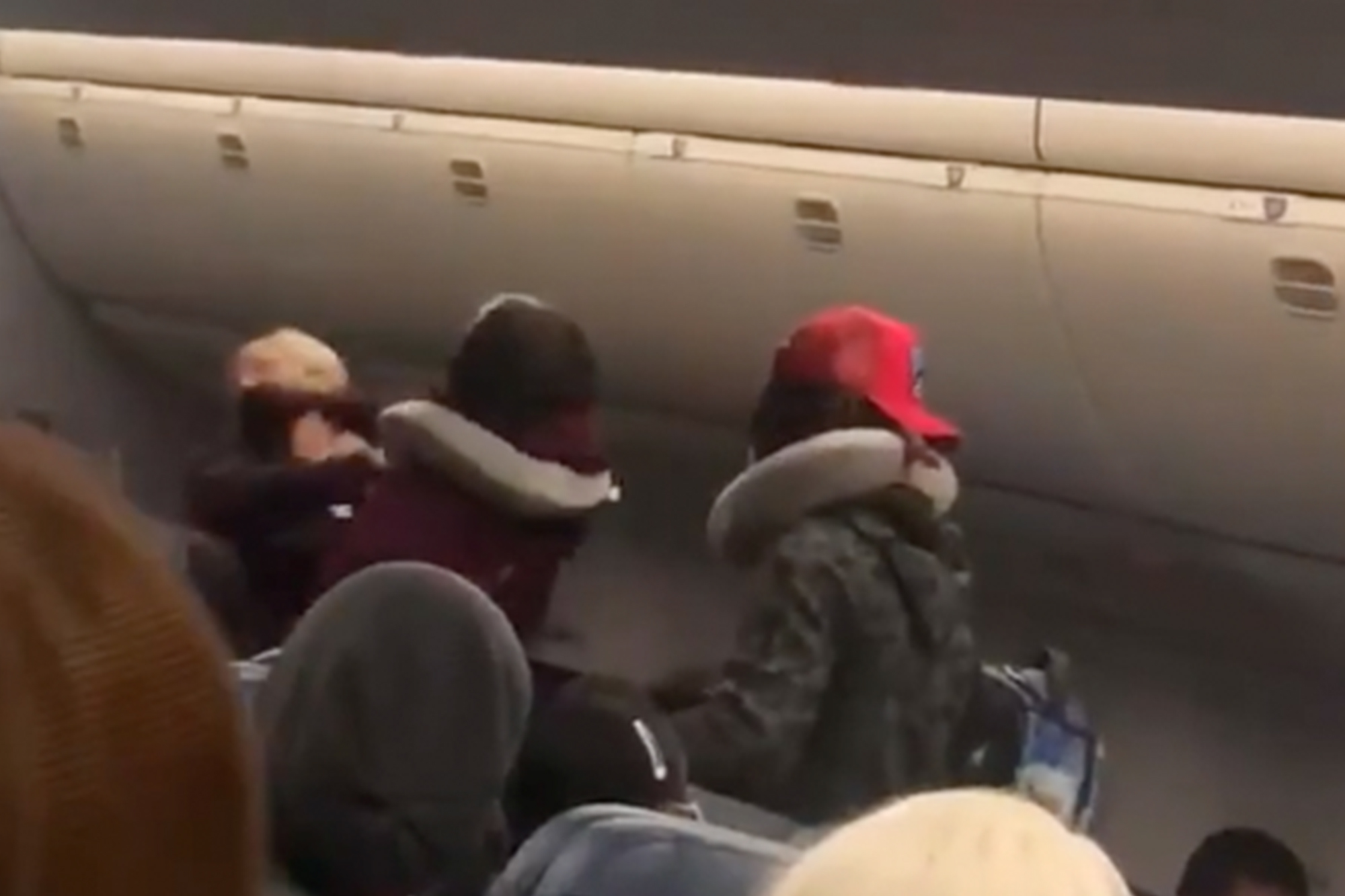 A Delta passenger wearing her mask incorrectly was kicked off a plane after punching a flight attendant in the face, video shows.

BBC journalist Suzanne Kianpour said the unidentified passenger got into a heated argument on the flight Monday evening to Atlanta from Miami.

In footage reposted by Kianpour, the raging traveler could be seen getting closer to the flight attendant before lunging forward.

“She’s in her face. Oh lord, oh lord” said a woman behind the camera before the passenger strikes the employee.

The woman watching the scene unfold then exclaimed, “You can’t be hitting a flight attendant!”

Another passenger, Lauryn England, captured another video of the unruly passenger, who was wearing her mask around her neck.

“You shouldn’t have touched me. You pushed me,” the woman could be heard saying as a male travel companion stuck his finger in the employee’s face.

BBC reporter Katty Kay, who was also on the plane, said cops boarded the plane to remove them, but then another hold-up on the tarmac involving the passengers delayed the flight even longer.

“Delta handling this very responsibly,” she wrote on Twitter. “Why get on the plane in the first place if you’re going to refuse to follow the safety rules?”

Delta said in a statement that the passengers were booted off the plane for not complying with safety instructions.

Miami-Dade Police said no arrests have been made in connection to the incident.

“There is nothing more important than the safety of our people and customers,” the company said. “That’s why two customers who did not comply with crew safety instructions were asked to deplane Flight 1997 this evening [sic]. ”

“We do not tolerate violence of any kind and this situation is currently under investigation. We apologize to customers for the flight delay this caused.”

Details from two allegedly classified intelligence reports from the Pentagon on apparent UFOs have been leaked, including photos of purported “unidentified aerial phenomena.” The...
Read more
News

President-elect Joe Biden on Friday said that he won’t impose national mandates to get vaccinated for COVID-19 or to wear a mask. But Biden...
Read more