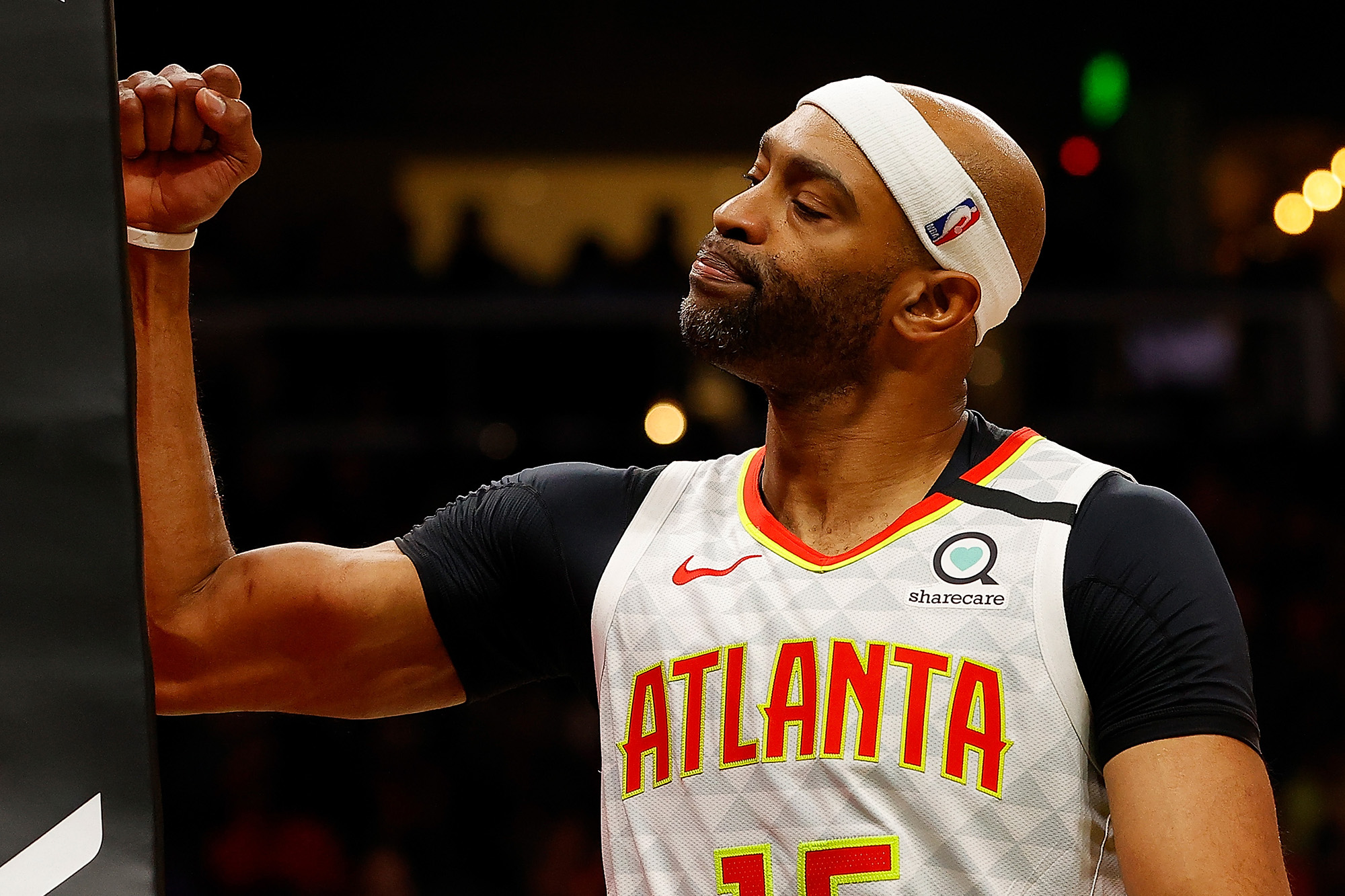 Vinsanity is coming to ESPN full-time, The Post has learned.

Future Hall of Famer Vince Carter is joining ESPN as an analyst, according to sources. Carter, 43, has long had designs on becoming an analyst and was looked upon as a top broadcasting free agent once he finished playing.

Carter retired after 22 seasons in the NBA. He played with the Hawks this season.

Carter has a very outgoing personality and smile fit for TV. How he is utilized will probably determine how good he will be as he doesn’t plan to cause waves with his commentary, but could prove to be informative.

With the big names, the desire to work at the job is important. Carter minored in communications. He has gone through the Players Association’s “SportsCaster U” camp. He has done TV and radio, which has included previous work for ESPN and Turner. For Fox Sports, he even called the Jr. NBA Global Championship, a competition featuring 13-and-14-year-olds.

In a profile in The Post last year, Carter defined what he thinks his style would be.

“I wouldn’t go (the) Stephen A. (Smith) route,” Carter said, noting Smith’s bombast. “I wouldn’t go the quiet route. … I want to explain the game where you are watching it and say: Ah, that makes sense.”

On Friday night, when the news broke that Steve Cohen had moved into exclusive negotiations to become the Mets owner, which is arguably the biggest team news in decades for the club, you could only find out the information on YES’ Subway Series broadcast, not SNY’s.

While Michael Kay and company discussed the news on the Yankees broadcast, Gary Cohen, Keith Hernandez and Ron Darling did not.

While the original stories broken by The Post’s Thornton McEnery and CNBC’s David Faber cited sources, Jennifer Lopez shortly after had an on-the-record public statement, saying she and Alex Rodriguez’s group were out.

Late in SNY’s post-game show, the network finally mentioned it as Gary Apple read a couple of lines about the situation.

Granted, it is a tangled web as the Wilpons currently have majority ownership of the Mets and SNY, but still, if you want to bill yourself as a “news” network, you understandably don’t have to break the story, but when it is out there, you need to react to it quicker and certainly not getting beaten on it by a rival broadcast.

After calling four games last year, veteran Sam Rosen was left off Fox Sports’ announced NFL teams. Fox had previously dropped Thom Brennaman after his homophobic comments on a hot mic during a Reds game. Fox replaced Brennaman with Kevin Kugler. Adam Amin was brought in already and Fox views him as voice on the rise. There is an outside chance Fox could bring Rosen back for a game. Rosen, 73, remains the TV voice of the Rangers. … Sarah Spain has a new deal with ESPN. Spain will continue on Around The Horn and she partners with Jason Fitz on ESPN Radio’s nightly national show. … We all know MLB needs to show its players’ personalities more, so it was good to hear one the best and intriguing players in the game, Bryce Harper, miked up for Sunday Night Baseball.

With the US Open starting, Papa Clicker has a review for a sport he still plays at 75. “The Divine Miss Marble: A Life of Tennis, Fame and Mystery” by Robert Weintraub is about Alice Marble’s rise from a humble childhood, overcoming serious illness to become the best player in the world, which included Open and Wimbledon titles. It also takes the reader back to Hollywood life of the 30s and World War II. The book receives 4.3 out of 5 clickers.