‘I can hear them, I don’t know whether outfield players can!’: Goalkeeper Sam Johnstone reveals the perk of playing in empty stadiums… he can hear live commentary of West Brom’s goals!

West Brom’s Sam Johnstone will be able to hear live commentary of Monday’s game against Burnley from his goal.

Johnstone reveals the strangest side-effect of playing in empty stadiums is being able to listen to broadcasters describing how the game is going – particularly when West Brom are in the opposition half.

‘I can hear the commentators, I don’t know whether the outfield players can. They are running around,’ says the Albion No 1. ‘It’s more when we are on the attack or if we score because I’m on my own.’ 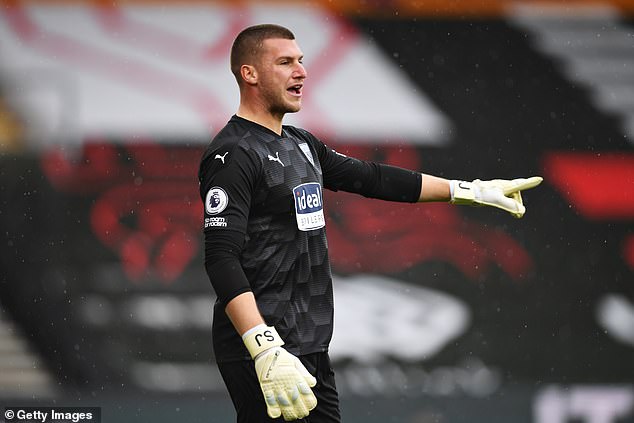 ‘When we went 3-0 up against Chelsea, that wasn’t something the commentators expected. I could hear the reaction, “that’s another one gone in” and stuff like that.’

Johnstone will be hoping for more of the same from his live audio ‘feed’ against Burnley at The Hawthorns because it’ll mean West Brom are dominating.

West Brom have shown they are a threat going forward – scoring five against Chelsea and Everton – but have also been suspect defensively. 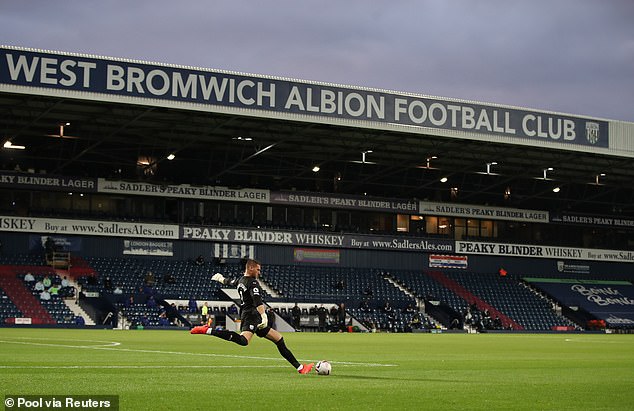 The West Brom No 1, who is in action on Monday, revealed quirk of playing in empty stadiums

Johnstone, who started his career at Manchester United, became the first Premier League goalkeeper to concede 11 goals in the opening three matches and conceded twice more in their fourth game at Southampton.

Manager Slaven Bilic will be tempted to bring in experienced defenders Branislav Ivanovic and Ahmed Hegazi against Burnley and Johnstone has called upon the whole team to be harder to break down.

‘We need to be more solid, there is no question about that,’ says the 27-year-old. ‘Not just me and the back four, as one team unit. 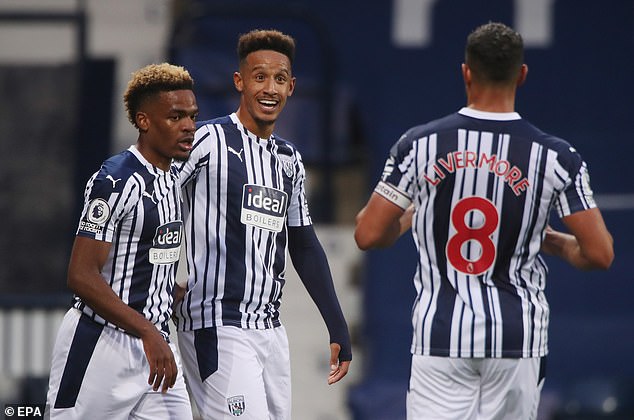 ‘It’s not nice to concede but we are in the Premier League. We are playing against the best players in the world every week. It is tough and we have just come up, it is a massive difference for the whole squad.’

Albion’s only point so far was collected against Chelsea when they surrendered their convincing lead.

But Bilic was buoyed by the signing last week of £15million long-term target Karlan Grant from Huddersfield.

Facebook
Twitter
Pinterest
WhatsApp
Previous articleSharks have killed 7 people in Australia this year, the most since 1934. Climate change could be a factor
Next articleB-52 bombers put on show of force demonstrate how fast they can get in the air with nuclear weapons

Viewers rushed to Twitter to express their sadness over Andrea's exit. Lizzie Cundy posted: “So brave @andrea_Mclean on today’s @loosewomen. I had tears watching...
Read more

Viewers have been kept on tenterhooks about the identity of Elena Alves' killer throughout six-part HBO drama, The Undoing.And when the limited series...
Read more

Americans should assume they are infected with the coronavirus — and get tested — if they traveled and attended large gatherings for Thanksgiving,...
Read more

With its oval blue sapphire surrounded by a cluster of 14 diamonds, the ring Prince William gave Kate Middleton is among the most...
Read more
Load more

Andrea McLean in tears as she QUITS Loose Women after 13...

The Undoing viewers are left reeling as it's FINALLY revealed who...

If you traveled for Thanksgiving, assume you have COVID-19, Dr. Birx...