WhatsApp will start rolling out in-app payments that allow users to send money via Facebook Pay and buy products from online catalogs.

The encrypted messaging service will start rolling out the feature in Brazil and said it looks ‘forward to bringing it to everyone as we go forward.’

To send money in the app, users will have to enter a six-digit pin or use their fingerprint – features that are designed to help prevent unauthorized transactions. 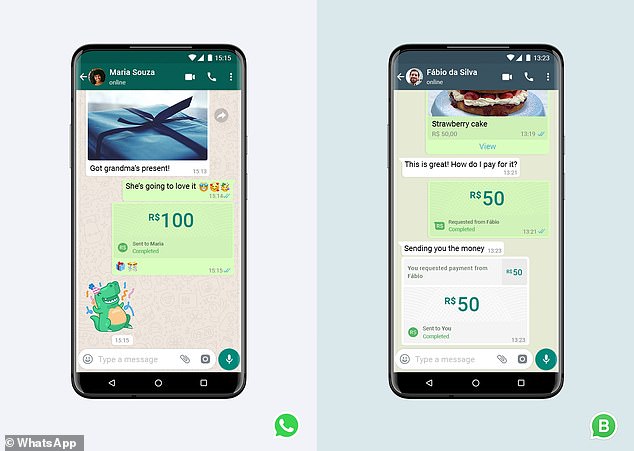 A new WhatsApp feature will let users send money and buy goods via Facebook pay. The feature (pictured) is currently only available in Brazil

WhatsApp says that sending money is free for regular users while businesses who use the app for commerce will pay a processing fee which the company says will be comparable to what they pay to use credit cards.

The feature will work in tandem with WhatsApp’s catalogs which were rolled out in November last year. The catalogs act as digital storefronts in which users can browse products.

As for payment methods, WhatsApp says it will start with debit or credit cards from Banco do Brasil, Nubank, and Sicredi which are both a part of the Visa and Mastercard networks

It said that it will also work with Cielo, which is a payment processor in Brazil and will open the feature to more organizations in the future. 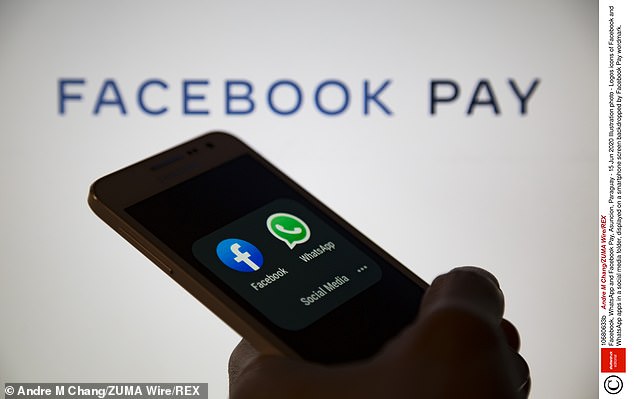 The company, which is owned by Facebook, says that it eventually wants users to be able to use any card they’ve linked to Facebook across its family of apps – that would include WhatsApp and also Instagram as well.

WhatsApp hasn’t said when it will roll out the feature in the US and the UK and did not immediately respond to MailOnline for comment.