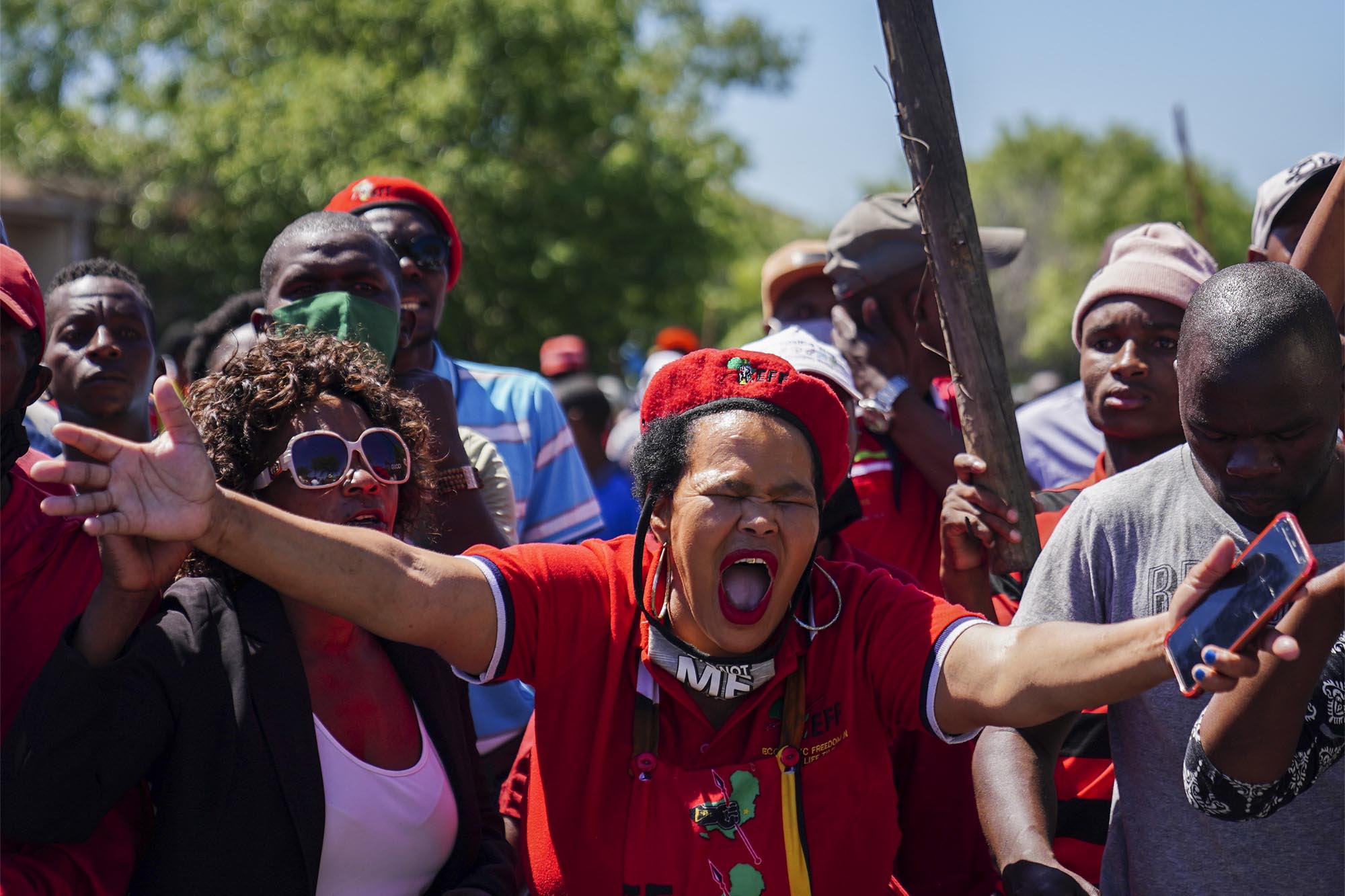 Police and activists clashed in South Africa Friday during a protest against a graduation party allegedly organized for “whites only.”

Police later told protest organizers that only 100 people were allowed to demonstrate but the group accused the cops of being heavy-handed.

The confrontation stemmed from outrage over an off-site graduation party organized by parents. A flyer for the bash was disseminated to a WhatsApp group that included several teachers but not shared with regular class groups, one student told local news site IOL, adding that it was clear black students were not invited.

“We have class WhatsApp groups where information is usually shared, but it was not the case on the event which clearly shows we were meant to be excluded,” the student told IOL.

The event, called the Masquerade Ball MX’20, was held at a winery in Stellenbosch on Oct. 17.

School officials said the party was a “private event” and not organized by the school.

EFF protesters and white parents scuffled over the party on Nov. 9, with videos showing them punching each other on the streets, Al Jazeera said.

South Africa President Cyril Ramaphosa called for an investigation, calling the dispute “deeply regrettable,” saying they bring back “hurtful memories of a past we should never seek to return to.”

“The spectacle of parents and protesters coming to blows at the school gate is deeply unfortunate,” he said.

Apartheid in South Africa ended three decades ago, though the country remains divided by racism.

President Trump had words for these NFL players who kneeled during the national anthem. “No thanks!” the president wrote on Twitter Wednesday. Trump fired off...
Read more
News

The world of football is in mourning following the death of Argentina icon Diego Maradona.Tributes have poured in for the legend of the...
Read more
Load more