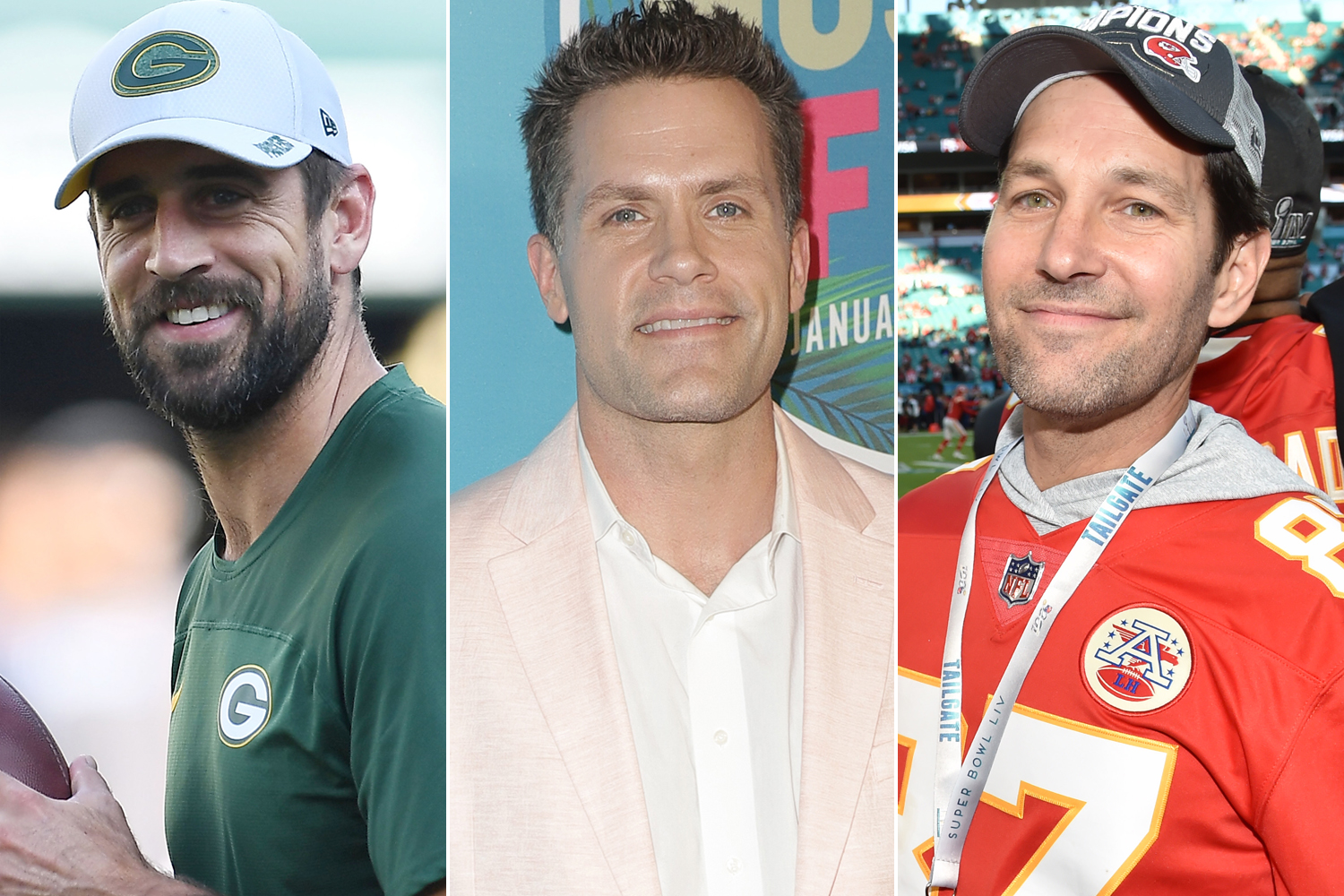 When Kyle Brandt sat down for the debut episode of his “10 Questions” Spotify podcast with his personal “first-round draft pick,” Aaron Rodgers, the NFL personality didn’t realize the exchange would be like “sitting down with a friend.”

“Yeah, he was the guy I wanted as No. 1, he was my first-round draft pick I call him, and it was an unbelievable get as they say, to land him, and I thought about wanting to have him as No. 1 for a million reasons,” Brandt recently told The Post of the Packers quarterback. “One: He doesn’t do a lot of interviews, certainly a two-hour exclusive sit-down, it was an unbelievable moment.

“He has a lot going on with his career, with his life, with everything just this summer, and also, he’s close to me in age, he’s kind of like a peer. He and I like the same music, same movies, we have the same jokes, use the same swear words, it was like sitting down with a friend.”

Since its August premiere, Minnesota Vikings quarterback Kirk Cousins, Kansas City Chiefs safety Tyrann Mathieu, and Chiefs superfan Paul Rudd have also taken turns in Brandt’s hot seat as part of his new podcast with The Ringer. Adding a competitive element to the traditional Q&A, Brandt quizzes his guests with personal trivia questions during each episode, with contenders scoring a point for every correct answer for a total possible score of 10.

Rodgers — who scored a 6 out of 10 — spoke about a variety of topics during his episode with Brandt, including the moment Green Bay selected Utah State’s Jordan Love with the 26th overall pick in this year’s NFL draft.

“We did that interview, it was very unusual, on a Friday night. I mean it was like 8 or 9 o’clock because it’s like this, it’s not in a studio, we can do it whenever,” Brandt said, “And we just talked on a Friday night, had drinks, and shot the s–t, and he had nowhere to go and a lot of things to say. It was one of those moments where you feel like you have a whale on the line and that whale is drinking and you’re like, ‘We’re going to set up shop, I’m going to ask you everything…’ couldn’t have been cooler.”

“We had an incredible talk with Paul Rudd, and went all up and down about ‘Anchorman’ and ‘The Avengers’ and why he doesn’t age and all that stuff, and it’s the same vibe,” Brandt said. “He’s sitting there in this little kind of sports bar he has in his basement, he’s got a jersey on… it’s been great.”

As for future podcasts guests, while Arnold Schwarzenegger and son-in-law Chris Pratt are on the wish list — “by total coincidence,” according to Brandt — he enjoys the idea of having previous guests call out other notable names.

“We kind of borrow that idea that people would do for things like the Ice Bucket Challenge, where after you do it, you call someone out,” Brandt said. “Everyone from [Chiefs quarterback] Patrick Mahomes, you’ve gotta do this, to Jack Black to James Holzhauer, the ‘Jeopardy!’ champ, all of them have been called out by contestants already, so we’re approaching them if they’ll come on, so I like the symmetry of that because it’s like, Rodgers says, ‘Alright, I got a 6 out of 10, James Holzhauer, you’re the greatest ‘Jeopardy’ player ever, do you think you can get an 8?’”

Though it remains to be seen if “Jeopardy!” GOAT Holzhauer will hop on the pod, Brandt is excited how his guests have taken to the show’s unique set-up, namely Mathieu.

“I knew I had something when he gets on the Zoom session and before we start, he goes, ‘Dude, I am so nervous for this.’ And I’m thinking, ‘You played in the Super Bowl, you are a massive star in college, and you’re the Honey Badger, like a household sports name, and you’re nervous for this?’ He’s done ten thousand interviews, and he was nervous because he was thinking about what his score would be,” Brandt said.

“And there’s always this moment where after you ask them the trivia question, they’re pissed that they got it wrong or happy they got it right, and then you’re like, ‘So here’s why I asked,’ and sometimes it’s really a strange connection, but that’s amusing, too,” he added..

The audio of “10 Questions with Kyle Brandt” airs Wednesdays on Spotify, with video accessible on YouTube.