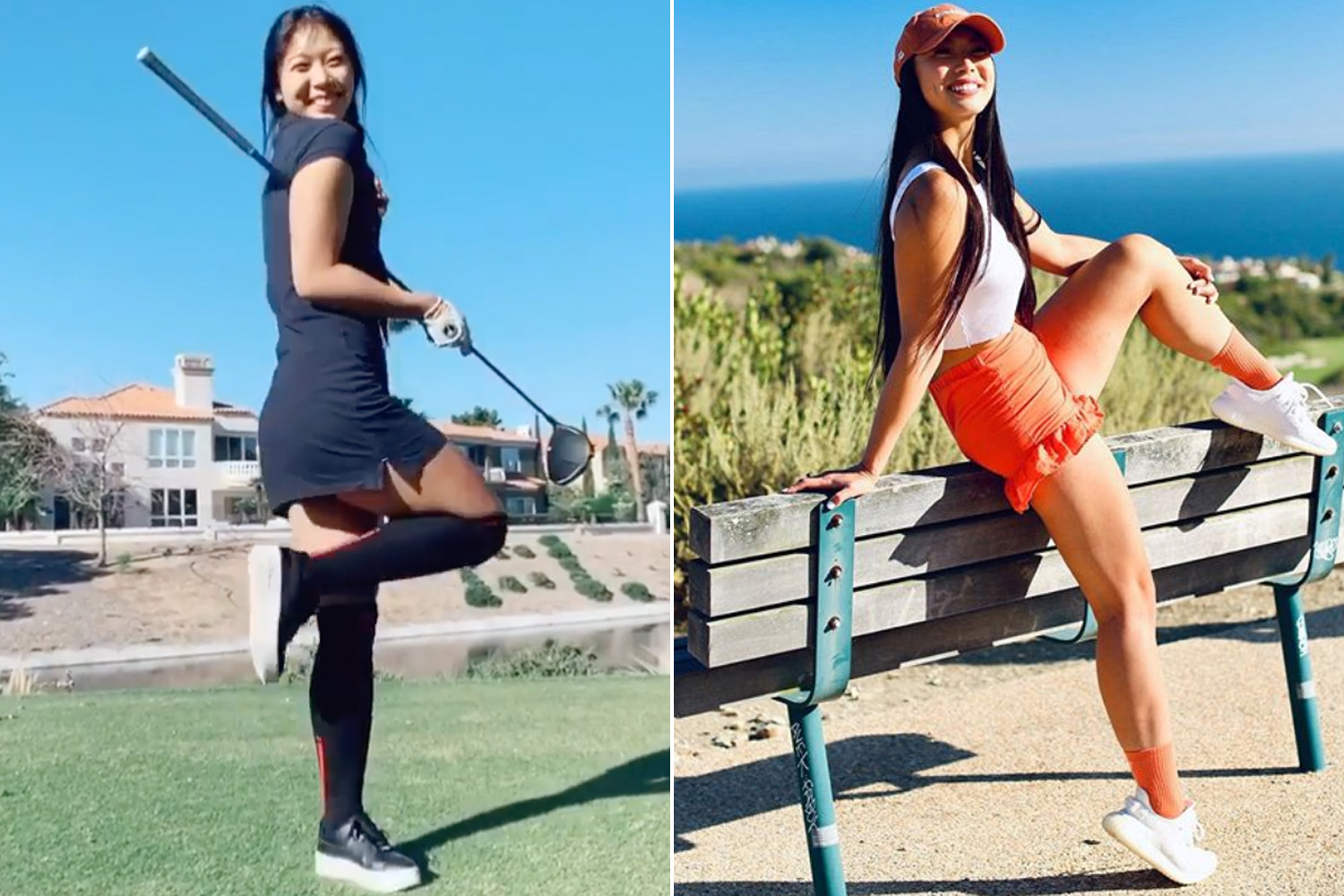 When Isabelle Shee entered the influencer realm four years ago, the golfer gave plenty of thought about the overall message she would share with fans.

“I’m a firm believer that you want to always make a positive impact on people’s lives,” Shee recently told The Post. “And an easy way to tell that is whether or not your posts bring happiness and positivity to your followers.”

Shee, also known as “Sock Girl” for her knee-high accessories, frequently shares videos from the golf course, photos with friends, and the occasional selfie with her 149,000 Instagram followers. And while she puts a lot of consideration into what goes live on her page, presenting her most authentic self remains key.

“It’s really important to ask that question, ‘Why do they follow you?’” Shee said. “Is it because you project an unattainable lifestyle that they want to have, but then can never have? Or is it because they follow you because of your body that they can never have?  … Or, the other way is you exude positivity and authenticity that really makes them feel good about themselves. I think that’s the key thing.”

Shee, who played college golf at UC Riverside before transferring to UNLV, initially leaned into social media around the time when golf personality Paige Spiranac “opened up the door for golf influencers.” Though the social feeds of influencers vary, Shee’s mission is to ensure those landing on her page have a positive experience.

“We kind of get sucked into the social media bubble where we end up comparing our worth with someone else’s best. But in reality, it’s kind of, we all have bad days, we all have bad angles, we all hit bad golf shots, but I think it’s important to have authenticity in social media, and what is the true value that you’re bringing to your followers,” she said.

Though Shee believes it’s natural to “want to look” your best in a photo, presenting her most genuine self isn’t just through the camera’s lens, but with the caption, too.

“I have a complete archive of just quotes from influential people or just things that will really resonate with my audience base,” Shee said. “I try to show that sometimes it’s okay not to be okay, and also, I am just like you.”

While her posts typically amass “likes” in the four-digit range, Shee said she isn’t immune to feeling social media pressures, especially when she believes an image has underperformed.

“It actually does kind of a take a hit to your self-esteem, whether you want to admit it or not. You’re like, ‘Do I not look as good today? What is it?’ It’s just that social approval that we all kind of crave,” she said.

Shee has found that sharing certain snippets of her personal life — notably, her relationship — cost her followers.

“In the beginning, when I first started posting my personal life, I actually lost thousands of followers,” Shee said. “I felt bummed of course, but now looking back, it was a silver lining because those people were following me for the wrong intention.”

Shee has tried to “stay away from the sex appeal as much as possible,” choosing to present her real life, unfiltered, to a “loyal” audience.

“Over the years, I’ve really worked on authenticity and just being as close to as you would see on social media to in-person. That’s why I feel a lot more comfortable in my skin,” Shee said.