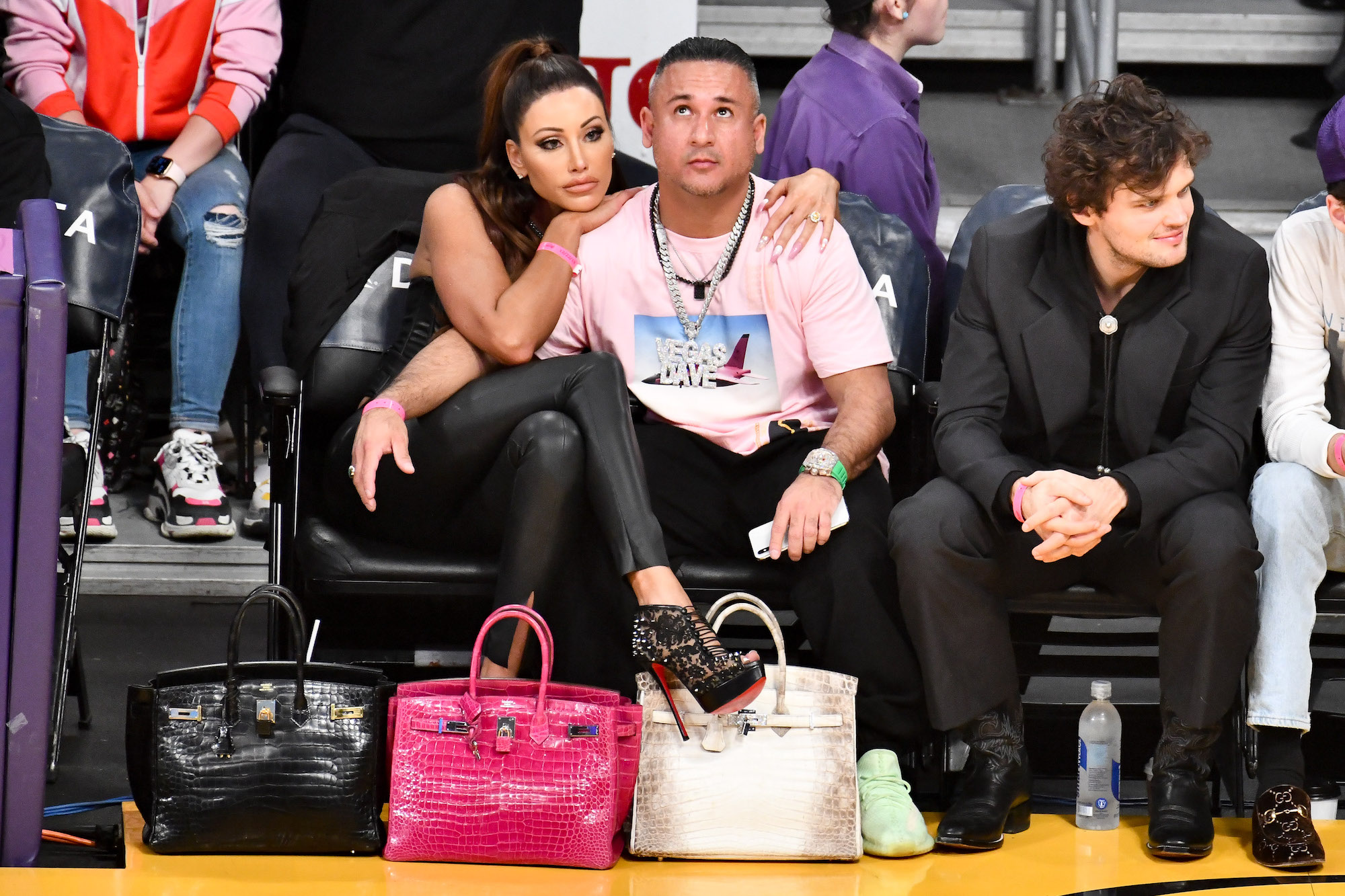 The 44-year-old “sports information consultant” has moved back in with his parents, leaving his girlfriend and former Fox Sports reporter living alone so he can devote his attention to his craft.

“Me and Holly are still together, but for the last month and a half, I’ve moved back in with my parents so I can sleep good at night — no disruptions — and so I can work better from their home office,” he told The Post. “So I’ve pretty much sacrificed my relationship with a beautiful woman.”

Oancea — who is serving a three-year ban from Las Vegas casinos after fraudulently using other people’s identities to open accounts — makes a living by selling betting packages and sports memorabilia that he aggressively promotes via social media. He is passionate about the success of his career, which contrasts starkly with his surprisingly aloof attitude about his relationship.

“I’m dedicated to my craft,” he said. “Holly wasn’t happy at first but then she understood because I’m a different mentality. I’m the best in the world at what I do and I want to stay the best and it takes sacrifice. And if that sacrifice is my relationship — if she’s meant to be, she’ll stick around. If she wasn’t meant to be, she wasn’t the one who understood my business principles.”

Sonders, 33, is divorced from former Golf Channel co-host Erik Kuselias and was previously involved with Arizona Cardinals’ head coach Kliff Kingsbury. She and Oancea began dating in December and are still together in spite of a brief quarantine hiccup and their new living arrangements.

The coronavirus pandemic pushing back major sports means that the MLB regular season, NBA and NHL playoffs are all going on simultaneously with the NFL and college football season not far behind.

“She’s there for me, we’re still together, but people don’t understand how much I work and how much I sacrifice for my business every day from 5 a.m. to 10 p.m.,” he said. “I don’t even sleep next to my girlfriend anymore until November’s done, until I don’t have this vicious cycle of sports because the schedule’s crazy now with COVID so I can’t take a day off, I had to move back to my parents’ house and my girlfriend lives at my house just because, when I sleep with her, we talk, we laugh. I need to be in bed by 11 and get a good sleep.

“A lot of people don’t know the sacrifice behind closed doors.”

Oancea recently made headlines for his record-breaking $3.93 million sale of a one-of-a-kind Mike Trout superfractor card which he purchased for $400,000 two years ago. He attributes the feat to his boisterous personality and marketing abilities.

“I bought up all the other Trouts, I monopolized the market, I leveraged the market. That’s why the card went for $400,000 to $4 million,” he said. “No one else could have done that, because the card before was only worth $400,000 and people thought it was crazy back then to buy it for $400,000. It took my marketing and sales ability and my brand to inflate the prices so high.”