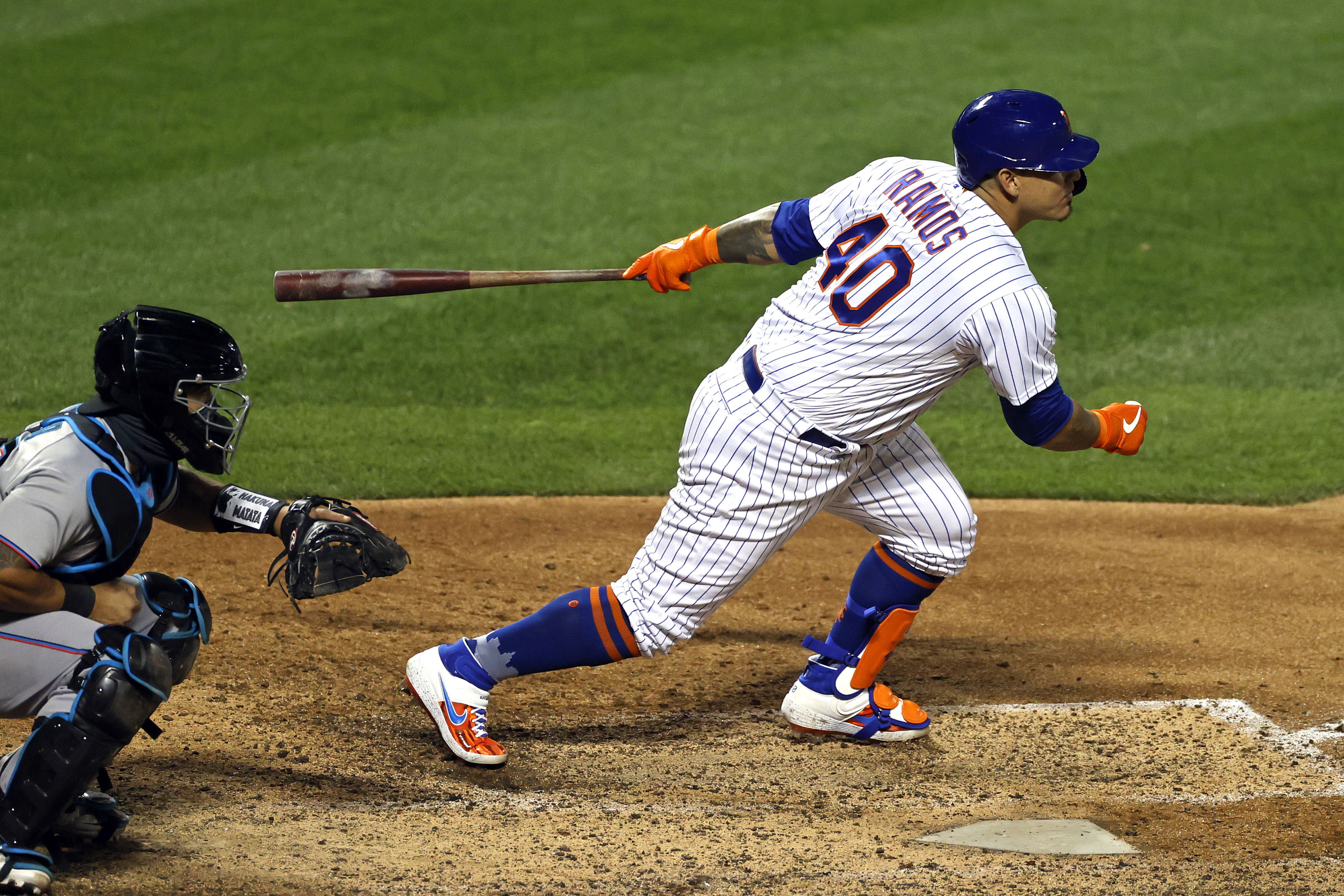 From the empty stadiums to the increased rosters, the seven-inning doubleheaders to the extra-inning rule, the COVID-19-forced postponements to players opting out, nothing about this shortened season is normal.

For the Mets, there is one exception: When No. 48 takes the ball. Then it feels like any other season. He puts up zeroes. He provides brilliance and gets little help. Either the offense doesn’t support him or the bullpen lets him down.

Wednesday night was just the latest example. A day after an ugly doubleheader sweep by the Marlins, Jacob deGrom delivered seven dominant innings and left with a three-run lead. Three relievers blew it, the second time in as many starts he’s left ahead and didn’t get the deserved victory.

Fortunately for the Mets, they found a way not to blow the game itself, thanks to Wilson Ramos’ clutch RBI single that plated pinch-runner Billy Hamilton in the eighth inning for a 5-4 win.

It capped an improved offensive output, which included homers from Michael Conforto and Brandon Nimmo, and a three-hit night for Robinson Cano, a day after an 0-for-15 effort with runners in scoring position in a doubleheader sweep. This being a deGrom start, it wasn’t enough for him to win.

Relieving deGrom in the eighth, Justin Wilson allowed three singles, Edwin Diaz gave up an infield hit and walked in a run before leaving due to injury. Brad Bach couldn’t clean up his mess, walking in the tying run. But he worked a scoreless ninth to earn the victory and give the Mets a shot at salvaging a split of the series on Thursday.

The two-time-defending Cy Young Award winner deGrom was his typically stifling self, dominating the Marlins across seven innings of one-run ball. The run he allowed was result of poor defense, a Matt Joyce pop fly into shallow left-center field the Mets played into a double. Two productive outs later, the Marlins had their lone run. It would be all they would get against deGrom, who showed little rust in striking out a career-high-tying 14 — the 43rd double-digit strikeout game of his career — and yielding just two hits in lowering his ERA to 1.80.

There was a brief period Wednesday night when it was uncertain if there would be a game. Roughly 40 minutes before first pitch, there were no players on the field warming up, and word had spread that the Brewers and Reds had opted not to play to protest social inequality and police brutality. This came shortly after the NBA postponed three playoff games because the teams involved had decided not to participate in the wake of another police shooting, this time in Kenosha, Wis., when officers shot an African-American man, Jacob Blake, multiple times in the back as he walked to his car. But eventually the players made their way out onto the field, with Dominic Smith taking a knee during the national anthem.