Home Sport With Van Dijk set to miss rest of the season, it's time...
Sport

With Van Dijk set to miss rest of the season, it's time for Gomez and Matip to step up for Liverpool

One rash tackle, one grimace of pain, one season-ending injury to Vigil Van Dijk. Suddenly, the mood around Liverpool has changed dramatically.

The Reds’ talismanic centre back requires surgery on his ACL injury suffered in Saturday’s Merseyside Derby, as a result of Jordan Pickford’s horror challenge in the early stages which, remarkably, went unpunished.

With the transfer window closed until January, Jurgen Klopp has a defensive problem he must have dreaded. Van Dijk has been an ever-present since his £75m signing in January 2018, having played 93 consecutive Premier League matches, and replacing him is a near-impossible task. 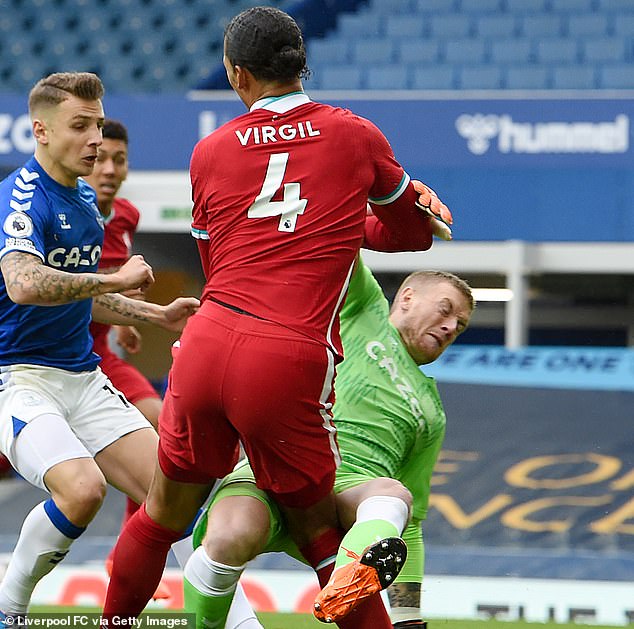 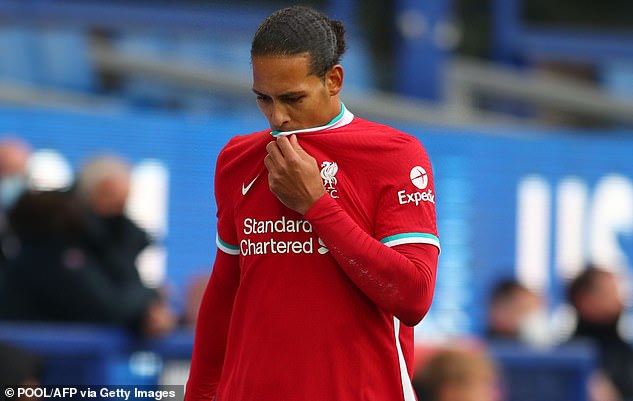 Liverpool are set for months without their best defender, with Van Dijk requiring surgery

He even started against Lincoln and Arsenal in the Carabao Cup this season – his durability and supreme fitness is as much a strength as his all-round superiority and control at the back.

So, what now? Until the opportunity to bring in new players arises again in the New Year, Liverpool face 17 matches in 10 weeks and – in the short-term – six games in 18 days, starting with a trip to Amsterdam on Wednesday to face Ajax as the Champions League returns this week.

It’s a schedule made even more gruelling by Van Dijk’s absence. Joe Gomez and Joel Matip are now the only senior centre backs in the first-team squad, with Fabinho – who played admirably in defence against Chelsea last month – an alternative to drop back from his usual role in defensive midfield.

On the fringes, Nat Phillips, Rhys Williams and Billy Koumetio could all play a part in the upcoming months too – if not from the start, perhaps from the bench.

Now though, without their calming Dutch presence next to them, Gomez and Matip will have to learn how to play alongside one another – and fast.

Strikingly, despite being at the club for over four years together and starting 21 matches alongside one another, the pair have never actually started a match together at centre half.

Before Van Dijk’s arrival, it was actually Dejan Lovren who was the regularly-used man at the heart of defence. Gomez was used often as right back in Klopp’s early years too.

Yet now, the Croat’s £11m departure to Zenit St Petersburg in the summer seems like a rash decision. Or rather, the lack of a reinforcement seems even more puzzling. 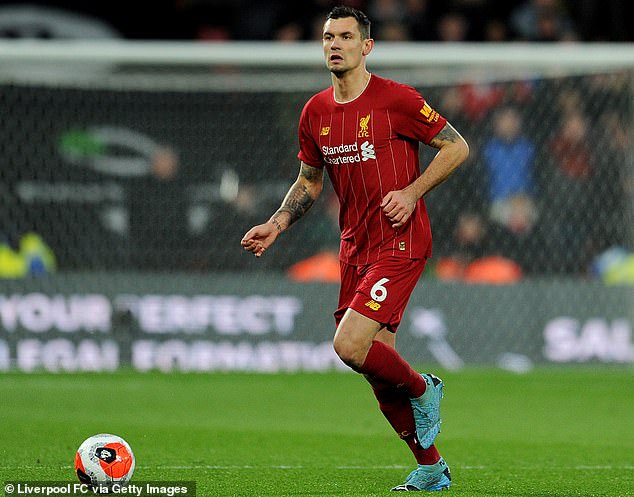 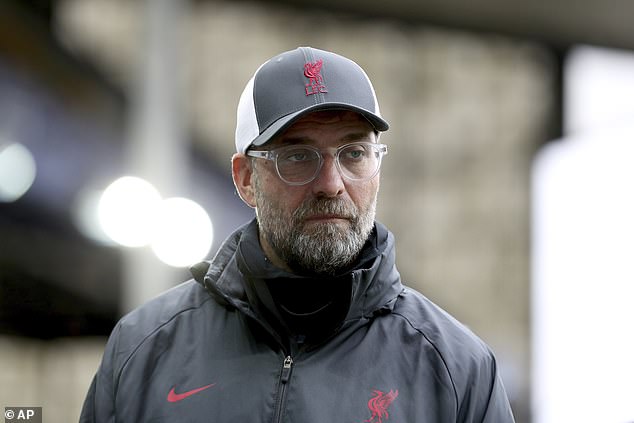 Nevertheless, in Gomez and Matip, the Liverpool manager knows he has two players in the prime of their careers who are now needed to show their abundance of quality more than ever.

Gomez, who was used as a makeshift wing back throughout the early part of his Anfield career, emerged as Van Dijk’s regular partner last season, with Matip out injured for a long period.

Quick, aerially dominant and confident on the ball, Gomez made his England debut in November 2017 as he became a reliable first-team squad player for his club.

It was at the beginning of the 2018-19 season where Gomez first truly impressed though in his favoured central position, with his consistency only curtailed by a cruel fractured leg suffered against Burnley in December. 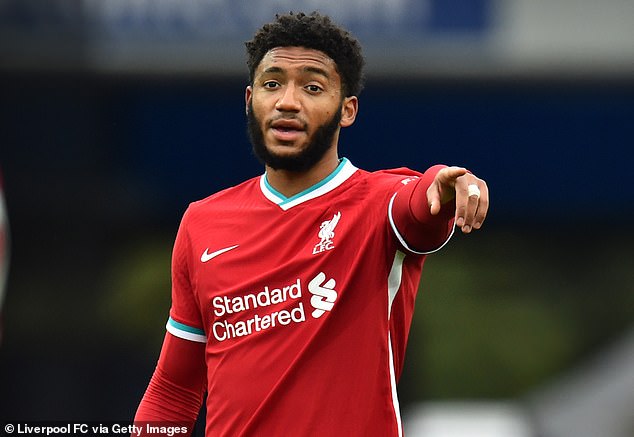 Joe Gomez, who has been short of form, will now be needed to deputise in Van Dijk’s absence

He missed virtually the rest of the season after requiring surgery, but did come on as a late substitute in the 2019 Champions League final victory against Tottenham.

Yet Gomez’s injury gave Matip a long-term chance to shine alongside Van Dijk that season and like the man he replaced, Matip came into his own.

The Cameroonian was as reliable as Van Dijk and won over a number of supporters as the Reds pushed Manchester City all the way in the Premier League title race and won on the European stage. 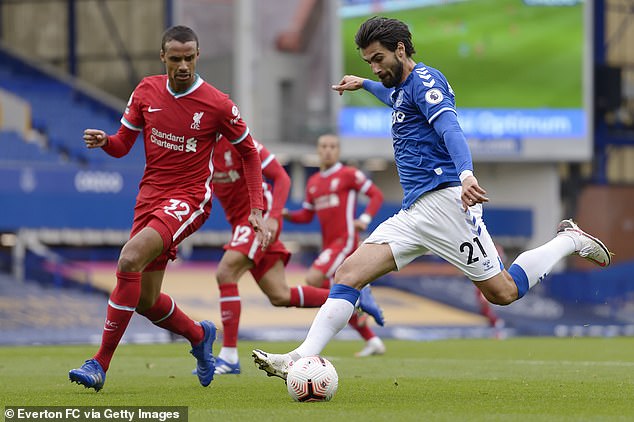 In fact, in the Champions League final where Van Dijk was named man-of-the-match, Matip was arguably as instrumental, particularly given he laid on Divock Origi’s trophy-clinching goal late on.

But, like Gomez, Matip has had his injury problems. His 2019-20 season was plagued with injuries, as he picked up three different knocks at different points of the season.

Now, with Van Dijk a long-term absentee, that situation cannot afford to repeat itself. On the contrary, both Gomez and Van Dijk need to strike up a partnership and hit the ground running amid a congested schedule.

That is easier said than done. Gomez arguably had his worst performance in a Liverpool shirt when he last started, in the shock 7-2 defeat at Aston Villa before the international break, while Matip only made his first start after a long-term injury against Everton on Saturday following four months out. 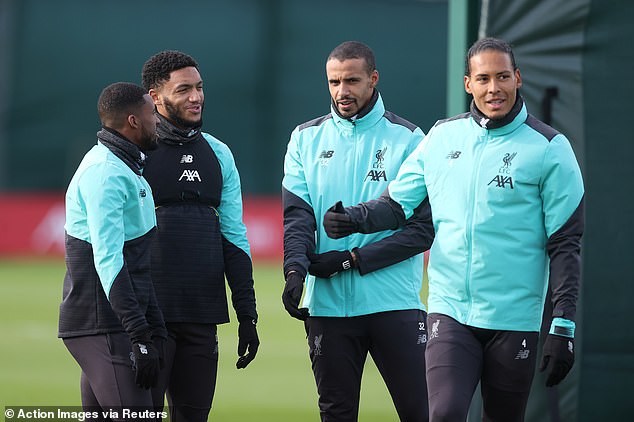 In the long run though, who will shift over to play on the left-hand side? Who will take the onus in terms of leadershIp? Are they both compatible together without the colossal Van Dijk next to them?

These are all questions which will be put under the spotlight, probably for the rest of the season. And it is not hyperbolising when saying that the answers to those questions could well define Liverpool’s season.

He’s definitely got game — it just took him a day and a half. A California man was so intent on snagging one of...
Read more
Load more

Lil Yase shot dead in California at age 25 one day...