A Montana mom found guilty of the death of her two-year-old boy after she left him in a car for 14 hours while she partied said she ‘struggles with saying I killed my son’ as she received her sentence on Monday.

Ashley Howard, 21, was sentenced to 20 years for negligent homicide after she left toddler Caleb Hopkins in her car on the evening of June 25, 2018.

She went to a party with friends where her boyfriend at the time offered to find a ride home for her and Caleb.

Howard, then 19, refused, saying she would sleep the alcohol off for a few hours but overslept and didn’t return to the car until 1pm the next day. 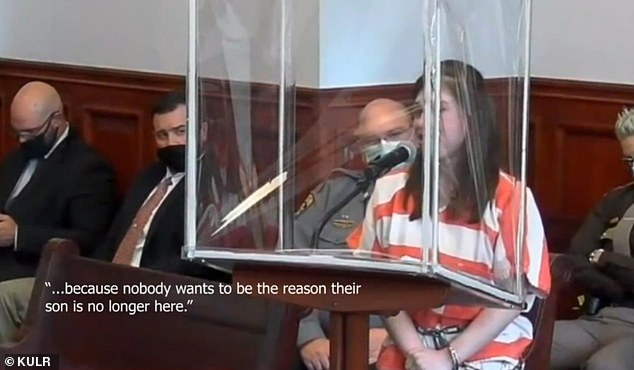 Ashley Howard, 21, was sentenced to 20 years in a Montana court on Monday for the 2018 death of her two-year-old son Caleb Hopkins after she left him in her car for 14 hours while she partied. She is pictured above addressing the court before her sentencing 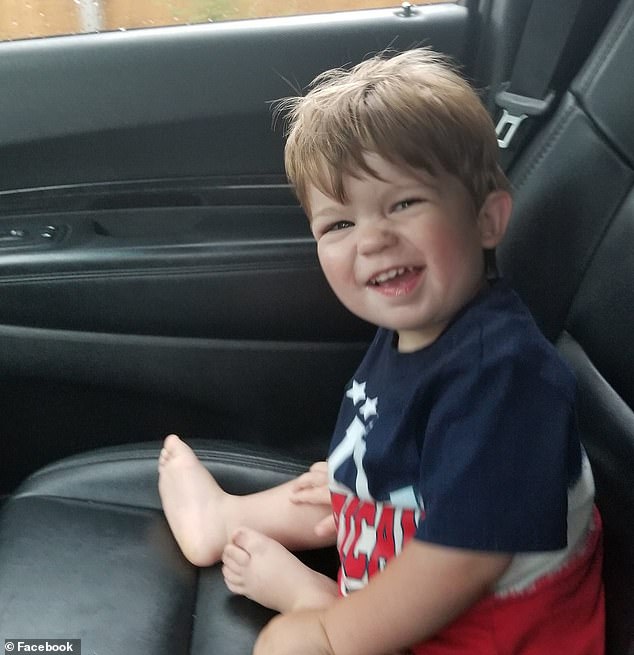 Two-year-old Caleb Hopkins died in June 2018 two days after he was left in his mother’s car overnight for 14 hours. He was admitted to the hospital with a temperature of 107 degrees

There she found her son unconscious and rushed him to Glendive Medical Center. Howard told staff there that she discovered him ‘wrapped in a blanket.’

Caleb was admitted with a temperature of 107 degrees, the Billings Gazette reported. Heatstroke begins when the body’s core temperature reaches 104 degrees.

The boy was flown to Billings Hospital but he died two days later after being taken off life support.

Howard pleaded not guilty in 2018 to any responsibility in her son’s death.

According to KULR 8, prosecutors argued that she tried to paint herself as the victim and did not take responsibility for her actions.

‘I struggle with saying that I killed my son. Because nobody wants to be the reason their son is no longer here,’ she told the court Monday.

She added that she struggled with anxiety and her self-esteem.

‘Yes, I agree, my decisions were selfish,’ she said, but added that the lack of support she had ‘did not excuse my actions but mitigated them’.

Yet the boy’s grandmother argued that his death had been preventable and that Howard made a choice to leave him in the car.

‘You will have to live with the fact that you alone killed Caleb,’ Marsha Hopkins said at Monday’s hearing. 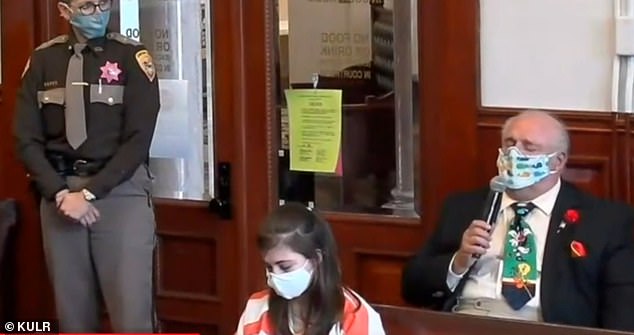 She also admonished Howard for claiming she didn’t have support and said that she and her husband often offered to help look after the boy.

‘I don’t think we will ever have closure,’ Hopkins concluded.

Caleb’s father John Howard initially informed cops about the child’s death as he claimed to have information on at least three other instances when the boy had been left alone in the car by Howard.

Her defense claims that Howard’s young age at the time contributed to her impulsive actions in leaving her son alone overnight. 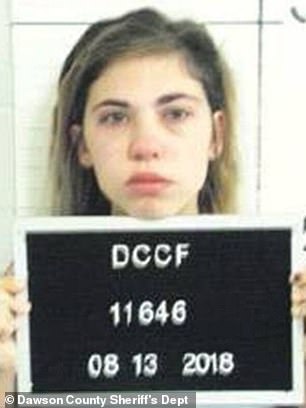 ‘Her brain hadn’t fully developed and she made a stupid decision,’ Victor Bunitsky said.

He also argued that she had been working on her alcohol dependency through Alcoholics Anonymous meetings and a Bible study course.

‘Give her the chance to get on with her life and demonstrate that she has learned from it and she can deal with her addiction problem and deal with the issues of the death of her child,’ Bunitsky argued.

Howard had been found guilty of the boy’s death in Cascade County in August, according to the Billings Gazette.

It had been moved to the county after significant public attention for the case in Dawson County.

Best acknowledged that Howard’s age played a role in the death but that the young mother also displayed irresponsibility and narcissism and needed ‘serious and sustained treatment’.

‘All of these effects that you describe on yourself and your family are nothing compared to what happened to this boy,’ she told Howard.

She will now serve her time in Montana State Women’s Prison in Billings and will get credit for the almost two years she has already served behind bars.

Five years of her sentence has been suspended and parole is restricted for the first ten years.

British Airways 747 bursts into flames at Spanish airport where it...
Read more
U.S

How Ole Gunnar Solskjaer can get Manchester United firing again

Michigan votes 3-1 to certify Biden's victory in the state in...

How Ole Gunnar Solskjaer can get Manchester United firing again