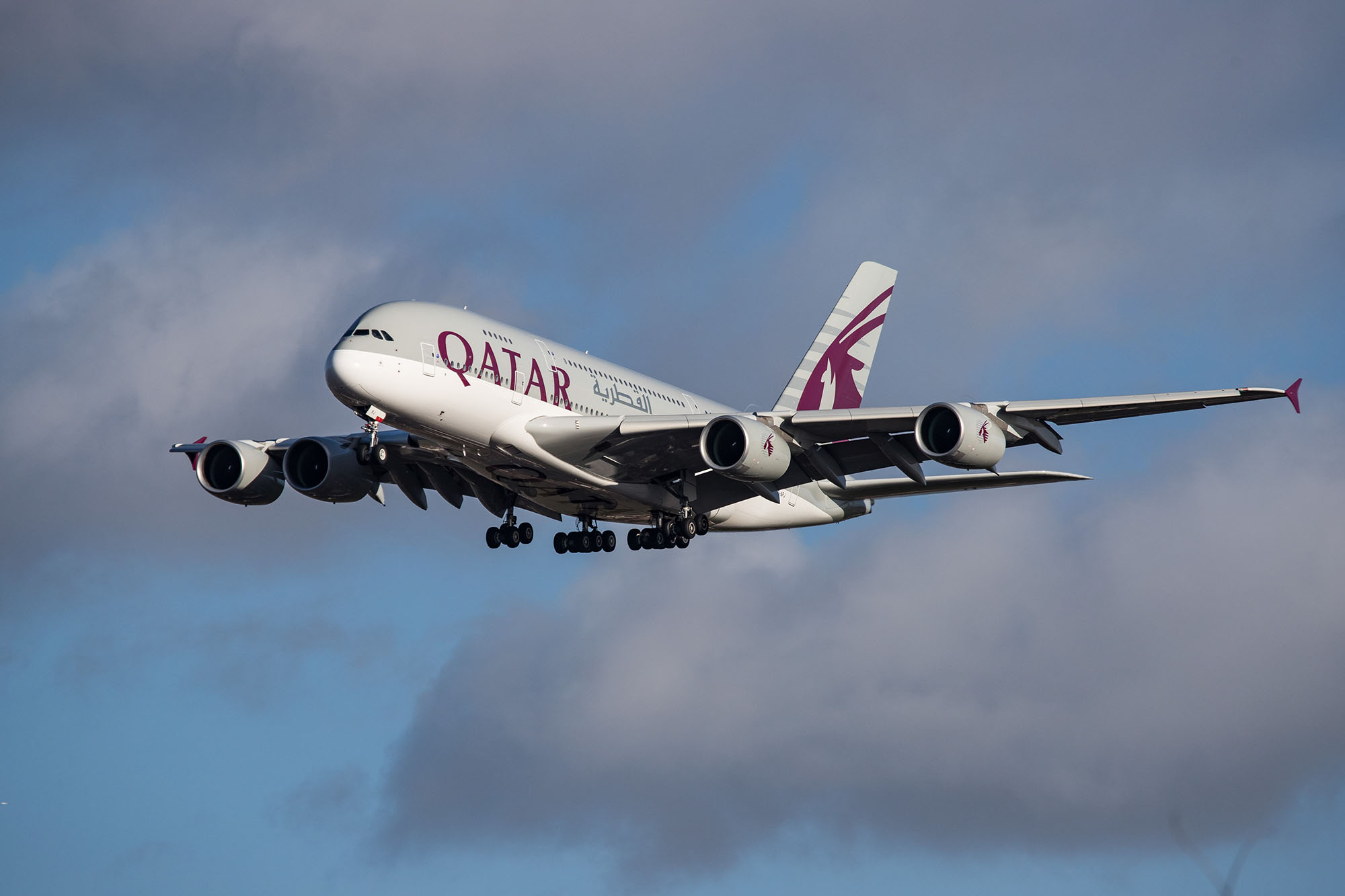 All of the female passengers aboard a Qatar Airways flight to Australia were removed from the plane and forced to undergo vaginal exams after a newborn was found in a toilet at the airport in the capital of Doha, according to reports.

The women, including 13 Australians, were dragged off the Sydney-bound plane on Oct. 2 at Hamad International Airport, where the newborn was found abandoned, news.com.au reported.

The shocked passengers were strip-searched and subjected to “invasive” exams, prompting Australia to complain about the “grossly disturbing” incident with Qatar, according to the BBC.

Two women from Flight QR908 told Australia’s ABC that they had no idea what was going on when they were rounded up after a three-hour delay, which they said they weren’t informed was due to the baby’s discovery.

“No one spoke English or told us what was happening. It was terrifying,” one of the women, who asked to remain anonymous, told the outlet.

“There were 13 of us and we were all made to leave. A mother near me had left her sleeping children on the plane,” she said. “There was an elderly woman who was vision impaired and she had to go too. I’m pretty sure she was searched.”

The woman added that while she respected the country’s laws and culture, she was considering legal action.

“If the other 12 women came forward with a class action, I would definitely be part of that,” she told ABC.

The other passenger said she was with a group of several other women who began panicking when they realized they were being removed from the airport.

“When I got in there, and there was a lady with a mask on and then the authorities closed the ambulance behind me and locked it,” she said.

“They never explained anything. She told me to pull my pants down and that I needed to examine my vagina,” the woman told ABC. “I said, ‘I’m not doing that’ and she did not explain anything to me. She just kept saying, ‘We need to see it, we need to see it.’”

The woman said she took her clothes off and was touched by the female nurse who inspected her.

“I was panicking. Everyone had gone white and was shaking,” she said. “I was very scared at that point, I didn’t know what the possibilities were.”

She said she jumped out of the ambulance “and then ran over to the other girls. There was nowhere for me to run.”

Kim Mills, who was among the women taken off the flight, told the Guardian Australia that she saw a young woman coming out of an ambulance “crying and distraught.”

“I just turned around and started walking with her trying to comfort her. I said, ‘What’s wrong, what’s going on?’ And she told me that they’d found a baby in the bathroom at the airport and they were examining all the women,” Mills said.

“I was the luckiest one on the whole flight because I have grey hair and I’m in my 60s. They probably looked at me and thought well, that’s impossible, it could not be her.”

By the time the women were allowed to board the plane again, Mills said her “legs were just wobbling.”

“I was just so pleased to be back on the plane because I was terrified they were going to take me away somewhere … Why didn’t they explain to us what was going on? It was horrible, not knowing, to me that was one of the worst parts of it,” she told the Guardian.

Mills added that the cabin crew members were “absolutely horrified.”

Australian Foreign Minister Marise Payne said the “grossly disturbing, offensive, concerning set of events” had been referred to federal authorities in her country.

“It is not something I have ever heard of occurring in my life, in any context,” she said. “We have made our views very clear to the Qatari authorities on this matter.”

The airport said in a statement that the infant was “safe” and being cared for in Qatar — and that medical professionals “expressed concern to officials about the health and welfare of a mother who had just given birth and requested she be located prior to departing.”

“The government has a relationship with Qatar, the government’s in a position to regulate a range of activities and I would have thought that it needs something other than just strong words,” he said.

Amnesty International called the episode “distressing, and disturbing, and a gross violation of these women’s human rights,” news.com.au reported.

“There needs to be a thorough and independent investigation and all of those involved need to be held to account,” Amnesty International Australia director Samantha Klintworth told 7 News.

“I can’t imagine what it was like for those poor young girls, it must have been horrendous. I’m a mother of three daughters and when I got back on the plane and reflected on it and thought, I am so glad it wasn’t any of my girls,” she told the Guardian.

“I just think of the poor young girls. I don’t know why they had to put them through that, I really don’t.”
The Post has reached out to Qatar Airways for comment.

Thanksgiving is looking a bit different in 2020, even for President Trump and President-elect Joe Biden. The current commander-in-chief spent Thursday morning golfing at...
Read more
News

The mastermind behind one of South Korea’s biggest online sex abuse rings has been sentenced to 40 years behind bars, reports said Thursday. Cho...
Read more
News

A slew of spectators watching the Macy’s Thanksgiving Day Parade from home didn’t seem to have much to be grateful for this year. Keyboard...
Read more

The Army is said to be spending millions on neuroscience that could lead to ‘telepathic’ soldiers. The goal is to build a system that...
Read more

Police officers were caught on camera savagely beating a black music producer after they accused him of not wearing a face mask.A criminal inquiry...
Read more

Thanksgiving is looking a bit different in 2020, even for President Trump and President-elect Joe Biden. The current commander-in-chief spent Thursday morning golfing at...
Read more

JJ CHALMERS could miss out on Strictly Come Dancing's live show after he revealed he's been fighting an infection in his leg which...
Read more
Load more