A soft egg belonging to a giant sea lizard discovered near Antarctica wasn’t the only major egg-related discovery.

A team of researchers examining dinosaur remains claim soft eggs laid by dinosaurs may not be as unusual as scientists first thought – claiming that early dinosaurs laid these type of eggs.

The study, led by the American Museum of Natural History and Yale University, studied embryo-containing fossil eggs belonging to two species of dinosaur, Protoceratops and Mussaurus, and found that the eggs were soft-shelled.

They suggest that hard-shelled, calcified eggs evolved independently at least three times in dinosaurs, and probably developed from a range of ancestral soft-shelled types.

The soft-shelled eggs were probably buried in moist soil or sand and then incubated with heat from decomposing plant matter, as with some reptiles today. 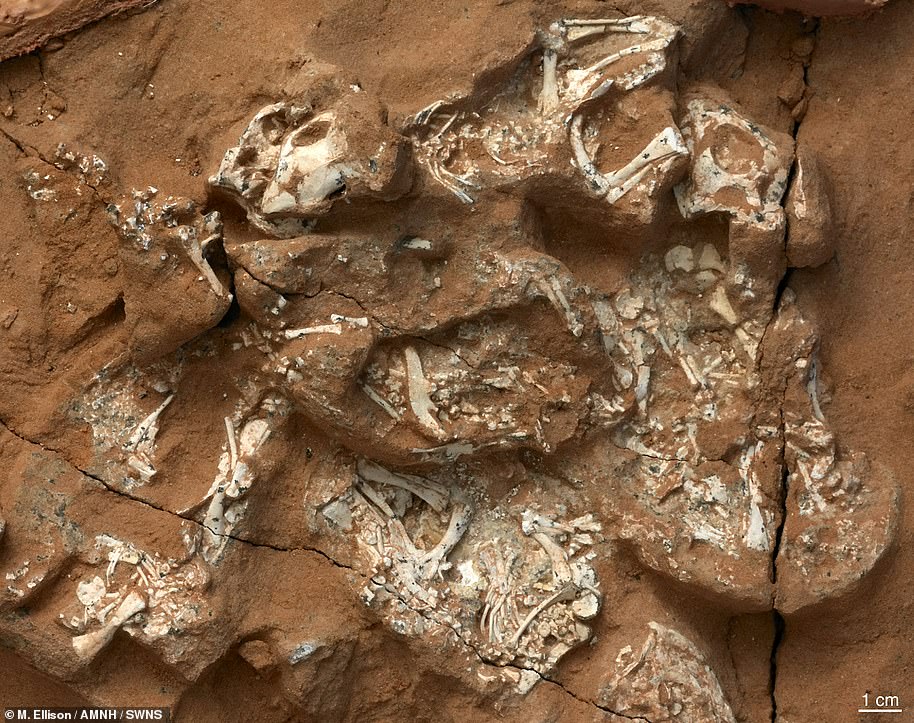 The Yale team applied a suite of sophisticated geochemical methods to analyse the eggs of two vastly different non-avian dinosaurs and found that they resembled those of turtles in their microstructure, composition, and mechanical properties.

‘The assumption has always been that the ancestral dinosaur egg was hard-shelled,’ said lead author Mark Norell, chair and Macaulay Curator in the Museum’s Division of Paleontology.

‘Over the last 20 years, we’ve found dinosaur eggs around the world. But for the most part, they only represent three groups–theropod dinosaurs, which includes modern birds, advanced hadrosaurs like the duck-bill dinosaurs, and advanced sauropods, the long-necked dinosaurs.

‘At the same time, we’ve found thousands of skeletal remains of ceratopsian dinosaurs, but almost none of their eggs. So why weren’t their eggs preserved? 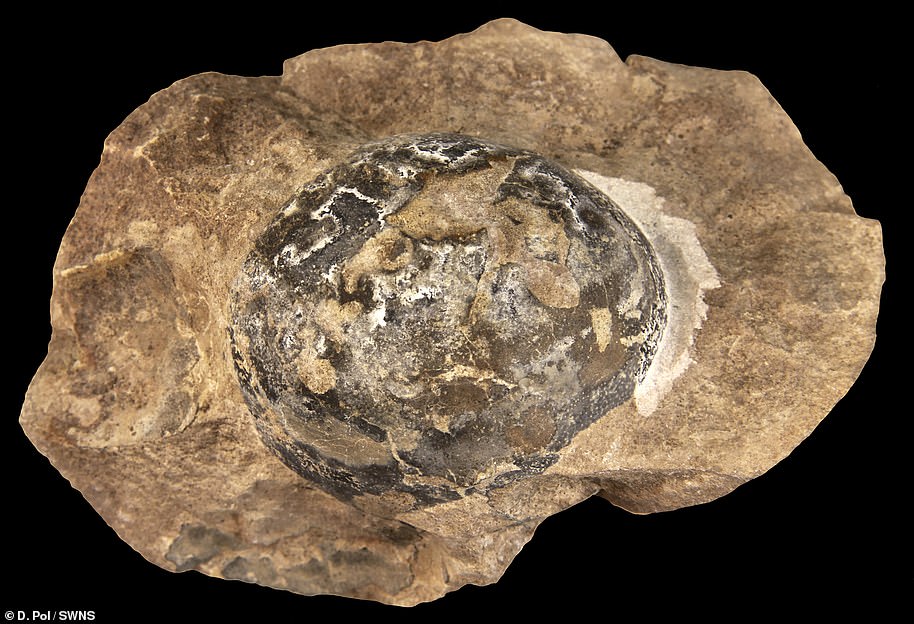 This fossilized egg was laid by Mussaurus, a long-necked, plant-eating dinosaur that grew to 20 feet in length and lived between 227 and 208.5 million years ago in what is now Argentina

‘My guess – and what we ended up proving through this study – is that they were soft-shelled,’ said Norell.

One was a species known as Protoceratops, a sheep-sized plant-eating dinosaur that lived in what is now Mongolia between about 75 and 71 million years ago.

The other was the Mussaurus, a long-necked, plant-eating dinosaur that grew to 20 feet in length and lived between 227 and 208.5 million years ago in what is now Argentina.

The exceptionally preserved Protoceratops specimen includes a clutch of at least 12 eggs and embryos, six of which preserve nearly complete skeletons, the team reported.

When they looked at the eggshells surrounding the embryos in detail they found they were different to normal, hard eggs.

They compared the molecular signature of the dinosaur eggs with eggshell data from other animals, including lizards, crocodiles, birds, and turtles.

Doing so allowed them to determined that the Protoceratops and Mussaurus eggs were indeed non-biomineralized – not hard or calcified  – and, therefore, leathery and soft. 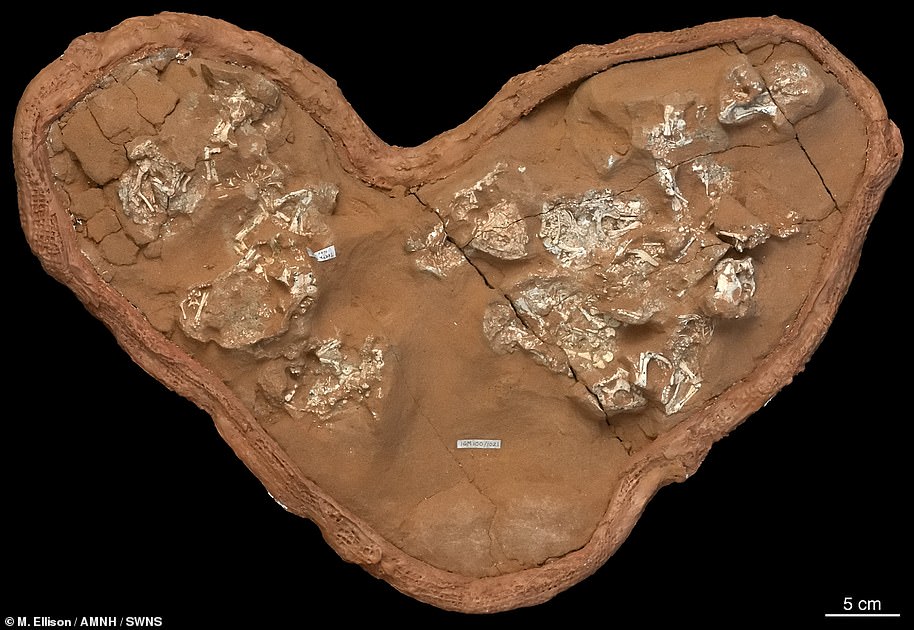 With data on the chemical composition and mechanical properties of eggshells from 112 other extinct and living relatives, the researchers then constructed a ‘supertree’ to track the evolution of the eggshell structure and properties through time.

This led them to the discovery that hard-shelled, calcified eggs evolved independently at least three times in dinosaurs, and probably developed from an ancestrally soft-shelled type.

‘From an evolutionary perspective, this makes much more sense than previous hypotheses, since we’ve known for a while that the ancestral egg of all amniotes was soft,’ said study author and Yale graduate student Matteo Fabbri.

‘From our study, we can also now say that the earliest archosaurs–the group that includes dinosaurs, crocodiles, and pterosaurs–had soft eggs. Up to this point, people just got stuck using the extant archosaurs–crocodiles and birds–to understand dinosaurs.’

Because soft eggshells are more sensitive to water loss and offer little protection against mechanical stressors, such as a brooding parent, the researchers propose that they were probably buried in moist soil or sand and then incubated with heat from decomposing plant matter, similar to some reptile eggs today.

The research has been published in the journal Nature.