Rising WWE star Zelina Vega has been fired for breaching a new company policy that bans performers from using third-party online platforms such as Twitch and Cameo to supplement their income.

Vega, whose real name is Thea Megan Trinidad, went in direct breach of the rules to set up a risqué OnlyFans account earlier this month, angering CEO Vince McMahon and causing the organization to release her from her contract.

For $30 a month, fans could interact directly with the 29-year-old through her account featuring exclusive videos and photos of her in cosplays, lingerie, and swimsuits. 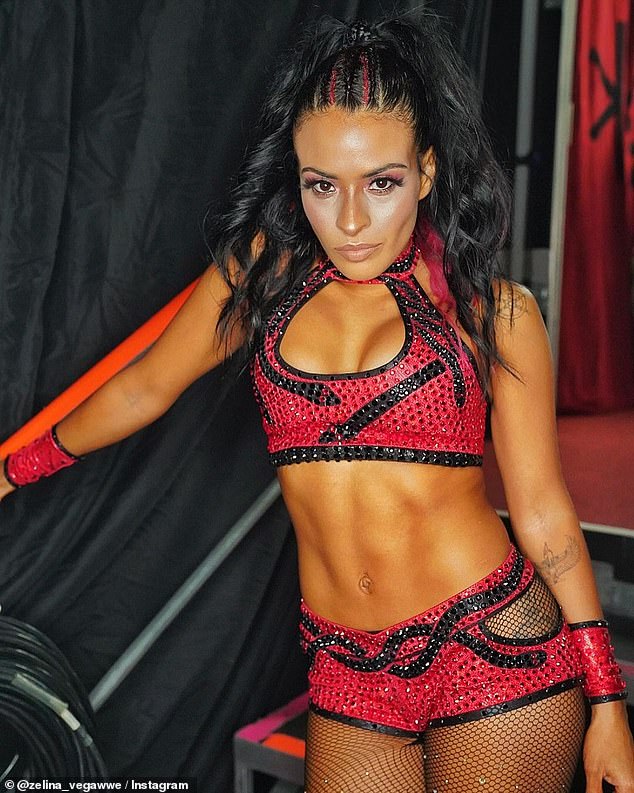 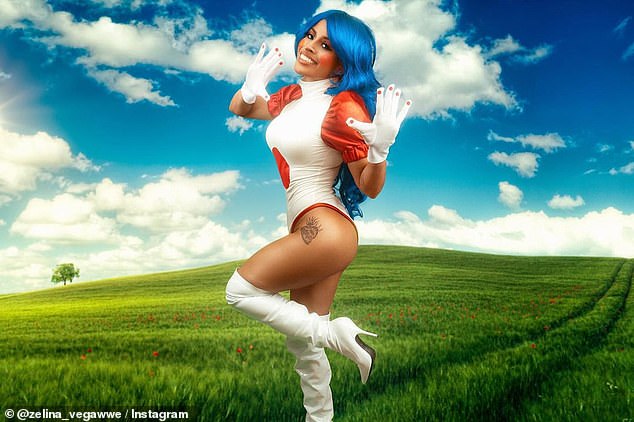 For $30 a month, fans could interact directly with the 29-year-old through her account featuring exclusive videos and photos of her in cosplays, lingerie, and swimsuits 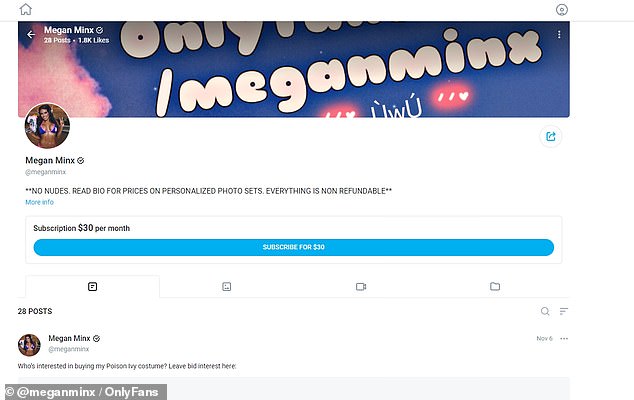 McMahon, who brought in the new policy, had threatened his stars with fines, suspension or outright dismissal if they were found to be non-compliant.

After her OnlyFans account was discovered, Vega became the first casualty on November 13, a sign that the organization will proceed to seriously enforce the ban.

According to WrestlingInc, McMahon refused to speak to Vega before she was escorted from the building after being fired by WWE’s Senior Director of Talent Relations, Mark Carrano.

‘I want to say thank you all very much for the last 3-4 years @WWEUniverse , it was incredible,’ she tweeted.

‘I would have never been able to say ‘this is for you dad’ if certain people did not believe in me. I love you all and I couldn’t have done it without your support.’

Yet in a separate Twitch stream earlier this week, she allegedly called her firing the ‘worst day of my life’ and ‘literal hell’ as she warned fans about misinformation being spread on social media.

She claimed that she would never say anything bad about WWE as it had brought her a husband and friends but said she would speak further about what happened on her Twitch stream in the future. 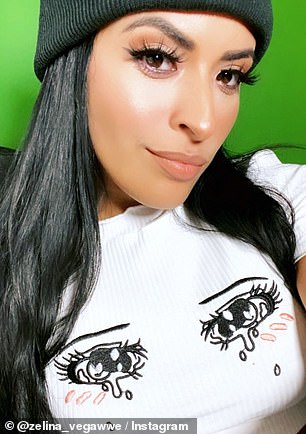 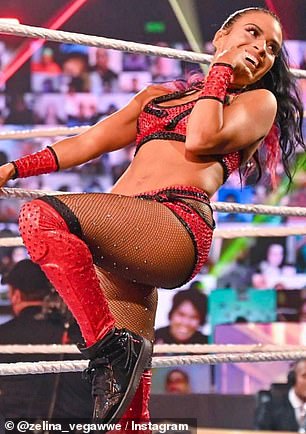 Vega, whose real name is Thea Megan Trinidad, went in direct breach of the rules to set up a risqué OnlyFans account earlier this month, angering CEO Vince McMahon 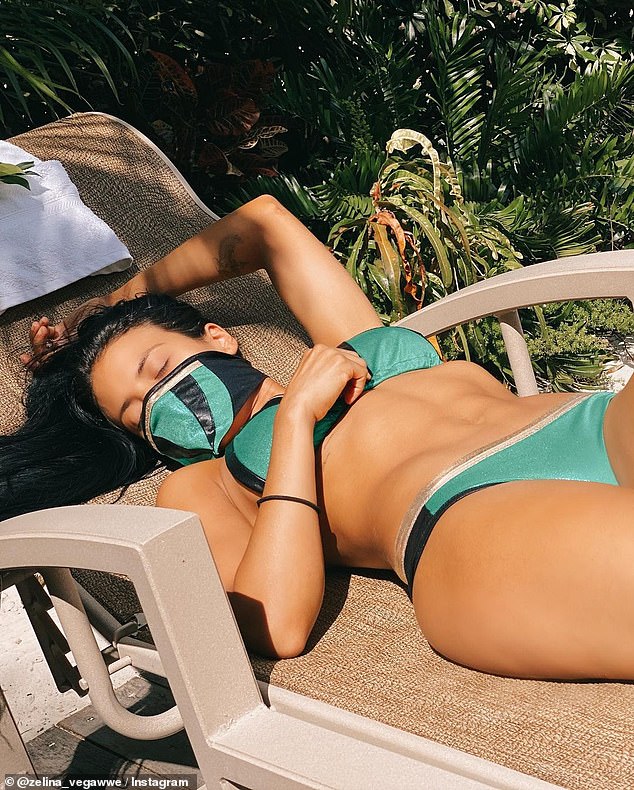 Zelina Vega began her WWE career as manager for Andrade 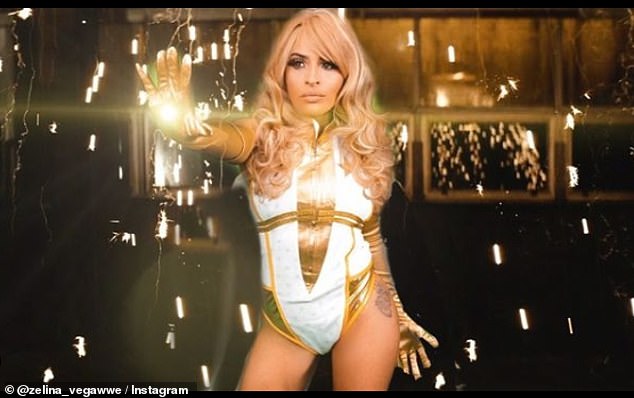 ‘The past week has been hell. Literal hell. Friday was the worst day of my life, well, since 2001. When you hear about me in the social media world, sometimes misinformation can be spread,’ she said, according to Fightful.

‘It’s important for me to get you guys to know me. I was someone who let people walk all over me. I was very insecure and I didn’t stand up for myself. Looking at social media, I expected the absolute worst. I was pleasantly surprised. I thought people were going to look at me like the devil.

‘Let’s just say that the narrative has been spun completely out of control and is completely wrong,’ she added.

‘When people see the real story that I put out, that’s who I am. I’ve learned to grow as a person. I’ve known to realize my worth and stand up for who I am, and appreciate the things I’ve gotten along the way.’ 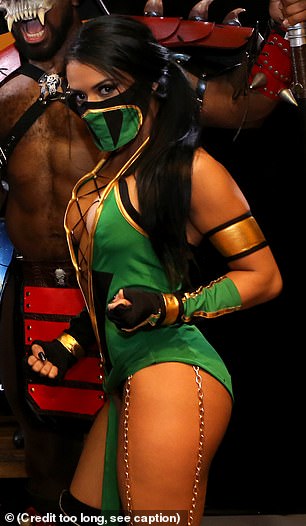 WWE performers are independent contracts, but the new policy prevents them from earning money for their talent through any other online third-party stream.

Vega also had a Twitch account through which she earned extra cash but the prominence of its use among WWE performers resulted in the company deciding that they would be allowed to retain their accounts with conditions.

If a performer wished to stream on Twitch, they must do so under the WWE banner, which also has the potential to restrict their earnings.

This option has not been well received, accord to Sports Illustrated.

The move to ban supplemental income for WWE performers through these means has led to some calling for a need for its stars to unionize, for which Vega voiced her support after her firing.

‘I support unionization,’ she said in a tweet that hit headlines before it was known she had been let go.

This week she also revealed that she had been speaking to SAG-AFTRA, the nation’s largest labor union representing working performers, who have previously voiced their anger at WWE star being kept as independent contractors.

‘Powerful conversation with Thea Trinidad @Zelina_VegaWWE today. We support her and others as they work to protect and empower themselves,’ the union tweeted.

‘Very powerful indeed, thank you all for the pleasant conversation and insight,’ the Queens native replied. 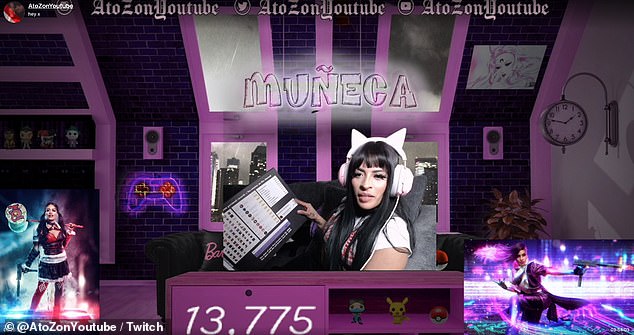 Vega was considered a rising star in the ring after appearing in the Clash of Champions and WrestleMania 36 and frequently performing on Raw, according to the New York Post.

She began her career as manager for Andrade who she thanked separately in a tweet after her own WWE career ended.

‘Thank you for everything @AndradeCienWWE,’ she tweeted. ‘Being with you will forever be one of the highlights of my career. Both professionally and personally. You’re one of the best in the world and it was an honor. Te quiero mucho hermano #tranquilo.’

Her dismissal has also raised questions over the future of her husband at WWE. In December 2008, she married Aleister Black, whose real name is Tom Budgen.

He has also built up a large following on Twitch but still remains under contract.

An Oklahoma ICU nurse has said she and her family was left reeling after she lost her husband and mother to coronavirus just...
Read more