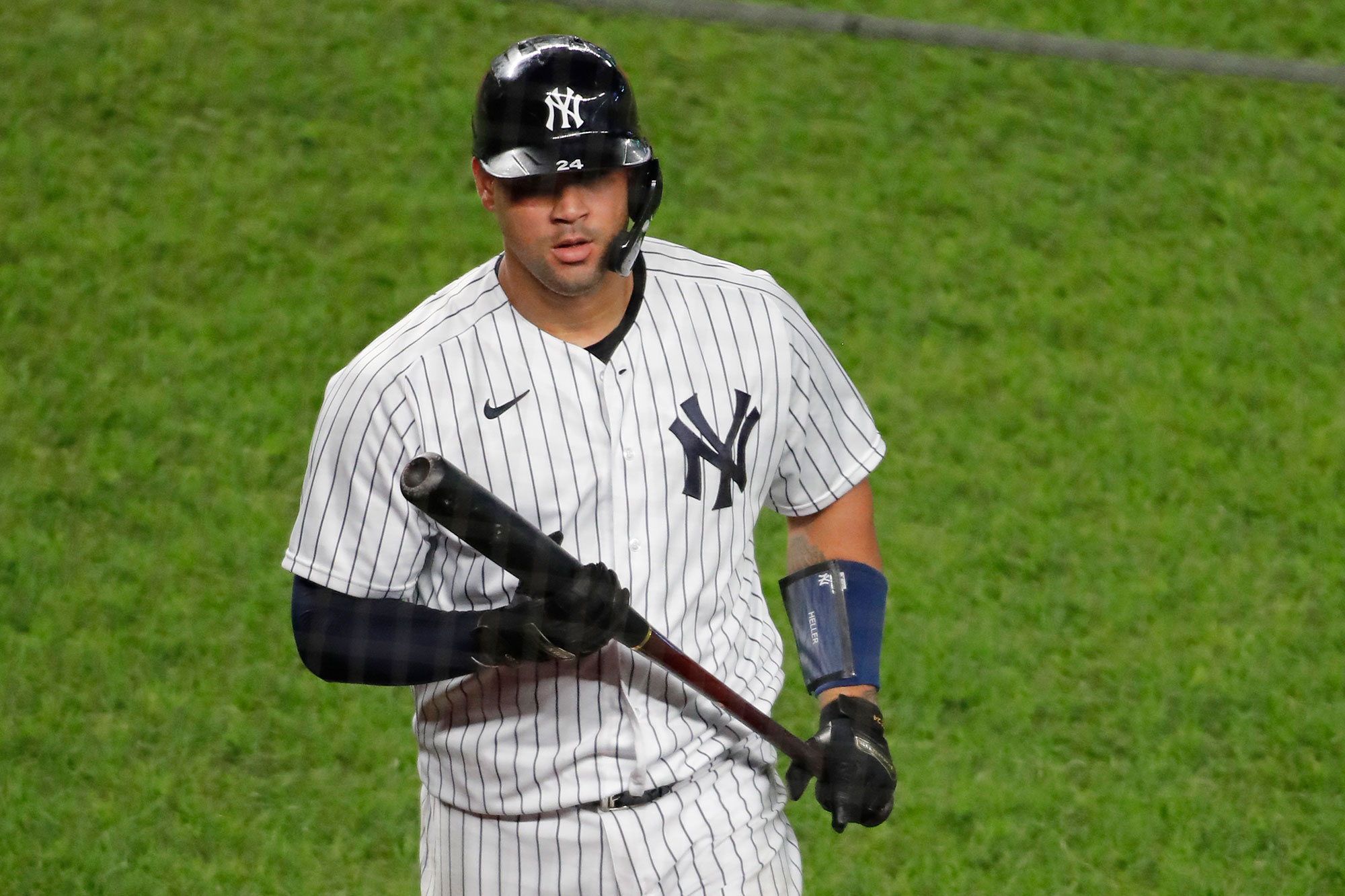 It appears that Saturday night’s woeful performance was the last straw.

Gary Sanchez was benched on Sunday by Aaron Boone in favor of Erik Kratz and it is uncertain how long he will remain there. The Yankees’ manager was vague about how the length of this break after saying on Saturday Sanchez would catch on Sunday.

“Just kind of deliberated on it a lot last night,” Boone said before the Yankees-Orioles series finale in Baltimore. “Just feel like this is the way I need to go right now and hopefully a day off or two or however I decide to do it here can help get him going.”

It’s hard to fault Boone for this move. Sanchez has given him no choice.

The two-time All-Star struck out four times on Saturday, has fanned seven straight times and is in a 4-for-41 rut that has seen his average drop to an unsightly .130. He’s struck out 48 times in 100 trips to the plate in this abbreviated season, producing a meager .587 OPS, after going deep 34 times last year in 106 games.

Among catcher with at least 50 plate appearances, Sanchez is 32nd in OPS, 42nd in average and his on-base percentage of .237 is 38th.

Boone spoke to Sanchez prior to telling the media about the move and said the catcher wants to play, but the manager felt this was the right move for him and the team.

“To his credit, behind the scenes, he’s working his tail off,” Boone said.