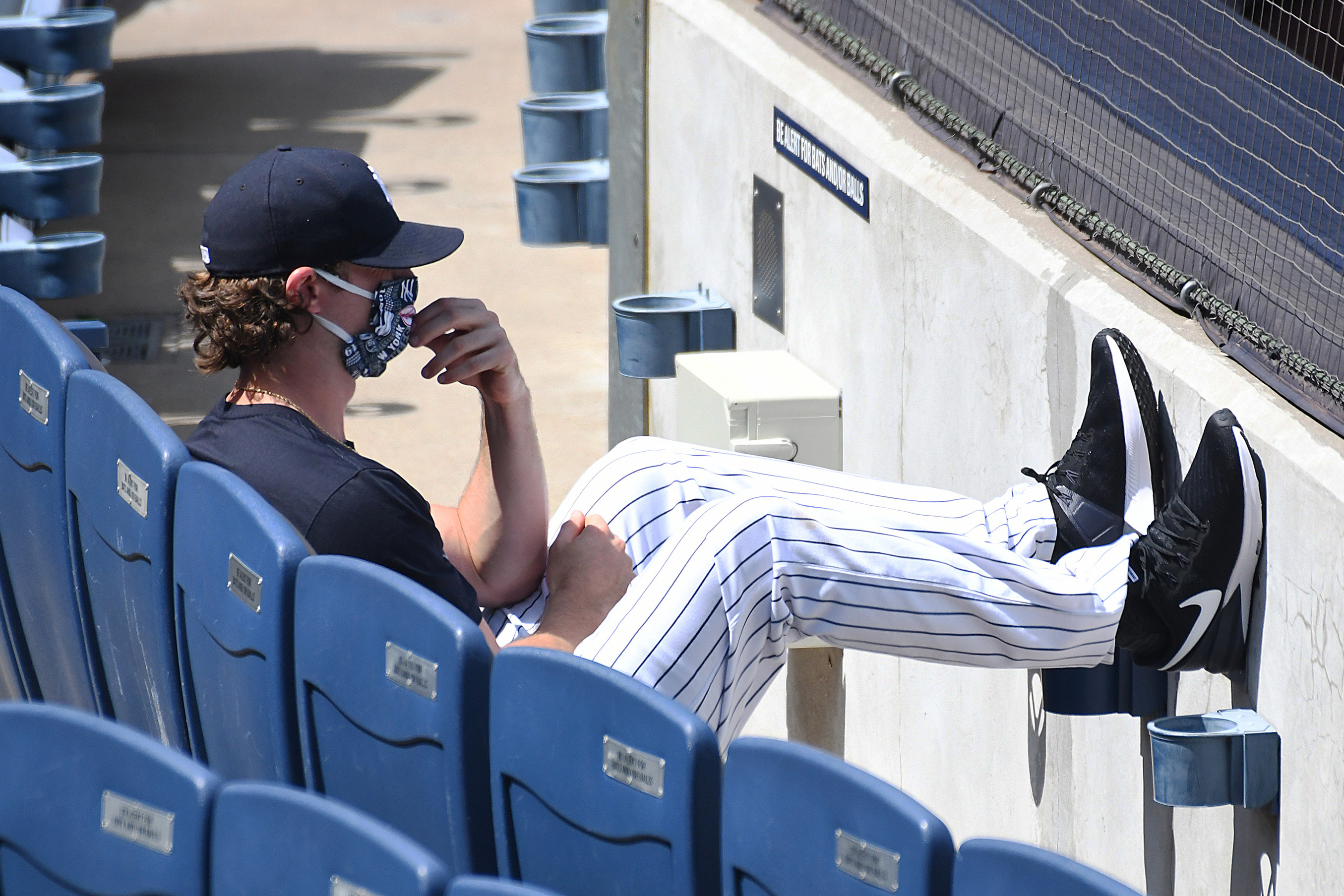 The Yankees entered 2020 with championship aspirations. And while that mindset remains the same during spring training 2.0, they acknowledge what lies ahead for them — and the rest of the league — is daunting.

Before they can compete for a title, they have to get through camp and then a 60-game regular season before the World Series can even be a consideration.

“For myself and my family, we’ll try to take it one day at a time and not have too many grand expectations,’’ Brett Gardner said Sunday during the team’s second full day of workouts in The Bronx. “We’ll all see how it plays out.”

Like many other teams, the Yankees are already dealing with COVID-19 cases and they are weeks away from hitting the road.

“We’re testing out the protocols,’’ James Paxton said. “We’ll do everything we can to mitigate risk, but obviously there’s still a risk. We have to see if what we’re doing is gonna work to a degree where we’re gonna play and keep it safe enough to travel and play against other teams.”

The schedule, which is expected to be released this week, will reduce travel, as teams play against teams within their own divisions and the accompanying division in the opposing league.

For now, the Yankees haven’t had any players opt out of the season. But the reality throughout the league is that the reality could change at any time.

“Numbers are coming in and we’re testing [players] every other day,’’ Paxton said. “If we see any spikes, we’ll have to address that.”

And just a few days after teams have reported to their home stadiums throughout the majors, no one is able to predict what might happen.

Though the Yankees don’t have any players who have decided not to play, manager Aaron Boone said, “If a situation does occur where they feel like they need to, we’ll be supportive of that.”

Gardner said he was fully on board with playing after conversations with his family.

“I am personally 100 percent committed,’’ Gardner said. “I wouldn’t be here if I wasn’t. … Me being here kind of speaks for itself. I’ll do what I can to make this work.”

As for his expectations for the team, Gardner said, “I think we have a great chance to do special things on the field. I think there is a lot of uncertainty with where things are right now — not myself personally, [but] just a whole lot of things have to go right for all this to work and I’m optimistic, but also cautious and a little hesitant at the same time. We should enjoy everything that comes with all this and we’ll see what happens.”

If they do play, Gardner still believes the Yankees are well positioned to contend.

“I don’t think a whole lot has changed since left spring training, other than the fact that hopefully a couple guys who might have started the season on the injured list are healthy now,’’ Gardner said. “For us, I think we look better now than a few months ago, but as we saw with [Masahiro Tanaka getting drilled in the head Saturday], a lot of things can change in a hurry. I love the guys we have. I love the team we have and I feel great about our chances. We’re excited to hopefully get these few weeks by us. It’s been a long time coming.”