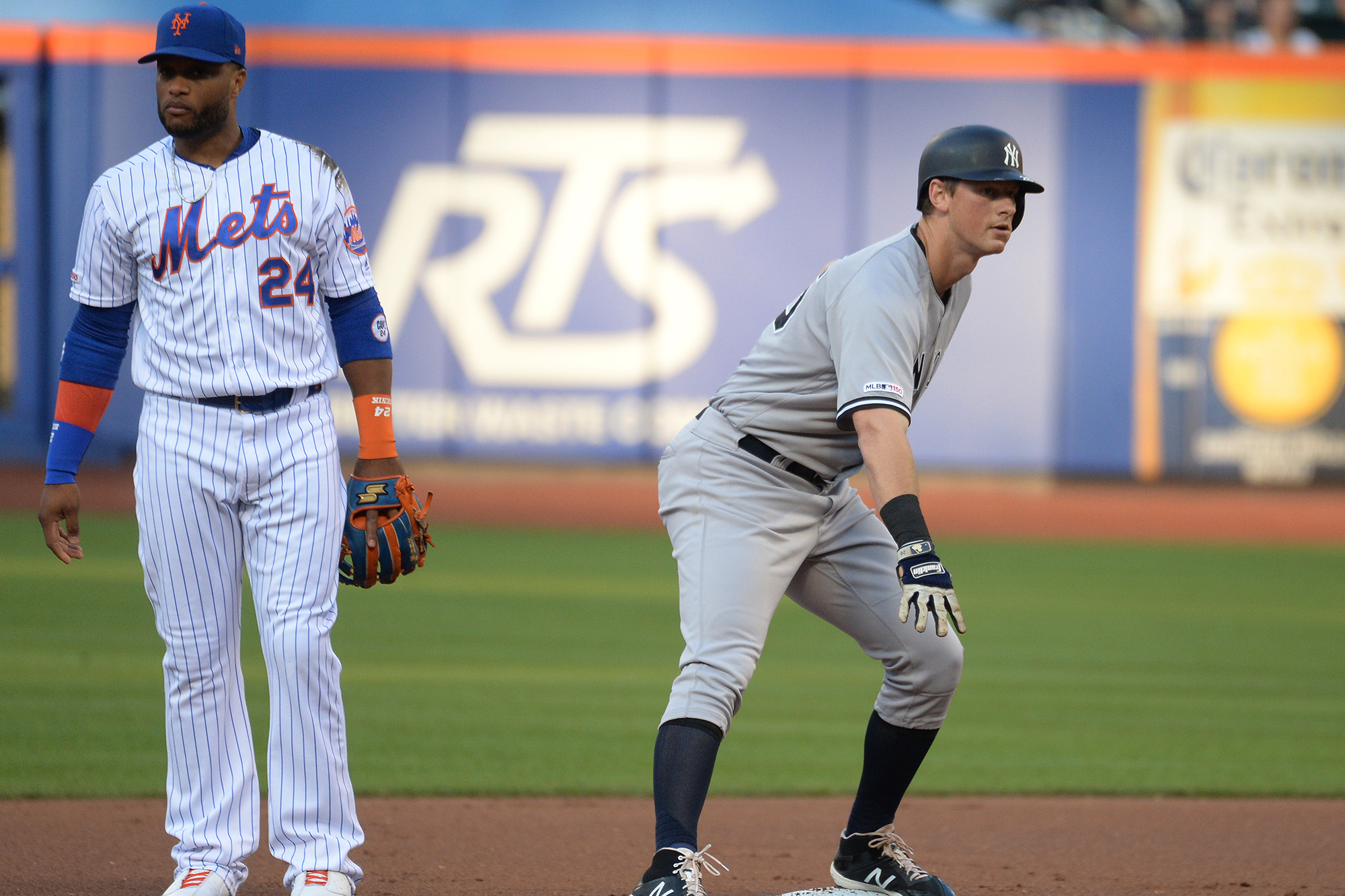 The Mets and Yankees will face each other six times in this abbreviated 60-game season, since they are geographical rivals.

That might be good news for Subway Series fans, but it’s likely bad news for both local teams in their hopes of making the playoffs — provided the season gets that far and isn’t forced to shut down again over coronavirus concerns.

Not only do both the Yankees and Mets figure to be good, the scheduling quirk — confirmed by The Post’s Joel Sherman — likely works to the advantage of other teams in their respective divisions.

First, the Rays, who may be in position to battle the Yankees for AL East supremacy, will play the Marlins six times. And the Nationals, coming off their World Series title, will now face the Orioles six times, as well.

Meanwhile, the Mets and Yankees are actually working together after Gov. Andrew Cuomo announced a joint travel advisory with New Jersey and Connecticut for people traveling to the region from states with significant community spread of the coronavirus. People arriving from affected states, including Florida, must quarantine for 14 days, but Cuomo said players from the two teams are exempt so they can begin their second spring training in New York on July 1.

“The Mets and Yankees have been in touch with Governor Cuomo’s office today and will work with the NY State Health Department on a continuing basis to coordinate the return of players from Florida to train in New York next week,” the two clubs said in a joint statement. “Our two teams, as well as the State Health Commissioner, will work under Major League Baseball’s protocols and guidelines. We are all excited to bring baseball back to New York. Thank you, Governor Cuomo.”