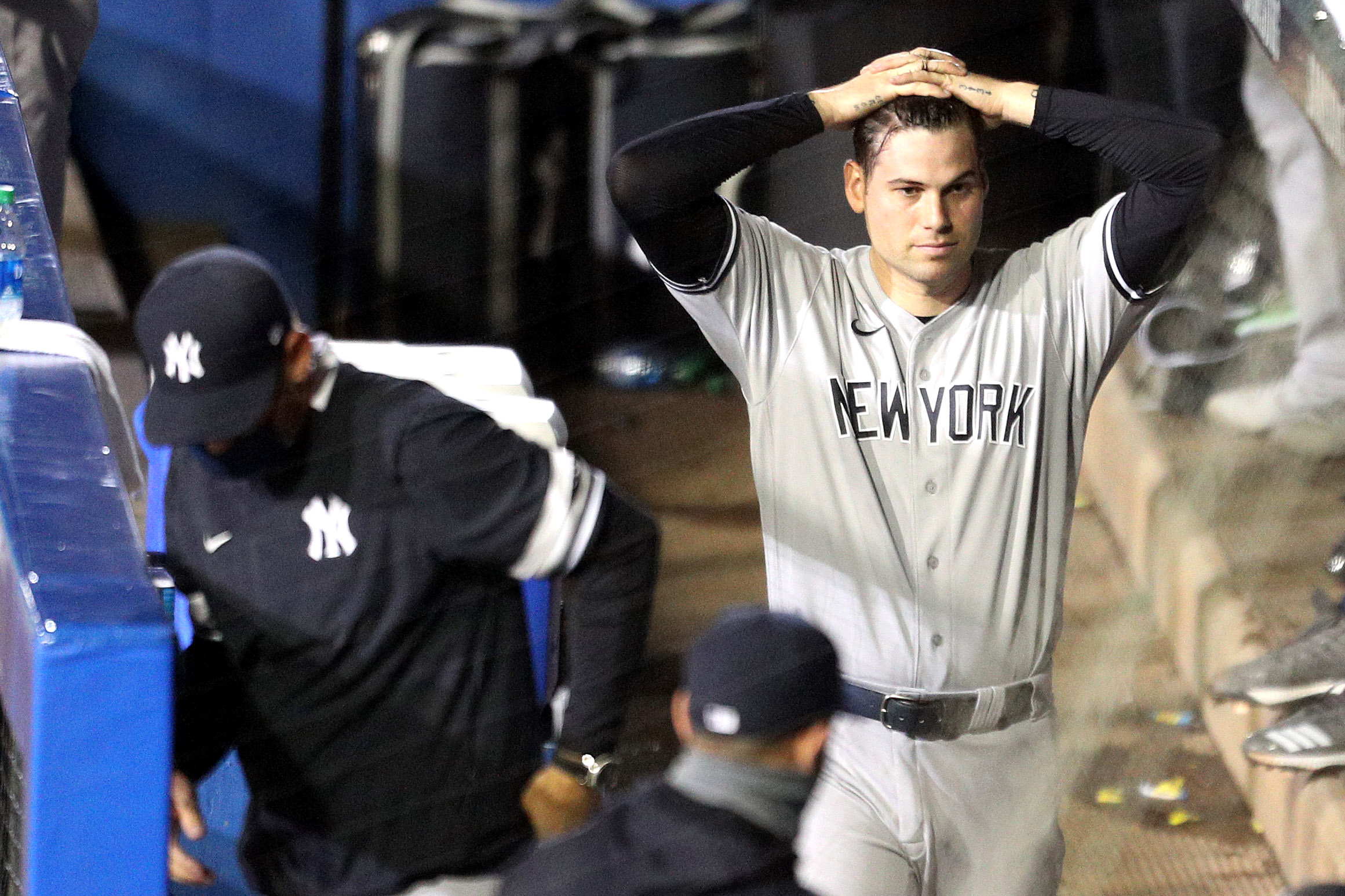 If the Yankees are to win their first World Series since 2009 they almost certainly are going to have to become road warriors.

In the most extreme example of what the Yankees could be facing, they would be leaving their homes after this Thursday’s game vs. the Blue Jays and if they were to get to the seventh game of the World Series, which is scheduled for Oct. 27, not return until after that. That would be nearly six weeks away in attempts to win a 28th title.

MLB and the Players Association reached an agreement Monday night in which contending teams must quarantine at a hotel the final week of the season, even if they are the home team.

So the Yankees’ itinerary will look like this to complete the regular season: Leave for Boston after this Thursday’s game, following three games in Boston head to Buffalo for games Sept. 21-24 against the Blue Jays, return to New York after the night game of Sept. 24 and head directly to a New York-area hotel where they will stay to complete the regular season Sept. 25-27 against the Marlins at Yankee Stadium.

The Yankees enter Tuesday’s opener against the Blue Jays three games behind the Twins for the fourth seed in the American League. The best-of-three first round is going to be played exclusively in the home of the top four seeds — the three division winners and the second-place team with the best record host those games.

Thus, even if the Yankees overtake the Blue Jays for second in the AL East they are not guaranteed home games. If the season ends now, the Yankees would play the wild-card round exclusively in St. Petersburg against the Rays.

After the wild-card round every team left in the playoffs will leave home for good. The AL Division Series and Championship Series will be held at San Diego’s Petco Park and Los Angeles’ Dodger Stadium. The World Series will be in Arlington, Texas at Globe Life Stadium.

So that period in which the Yankees lost five in a row and seven of eight very likely has cost them a chance to play some home games in the playoffs, unless they do a lot of winning and the Blue Jays, Indians and Twins falter between now and the end of the season.

China and US spark fears of all-out WAR in intense coronavirus...

China and US spark fears of all-out WAR in intense coronavirus...