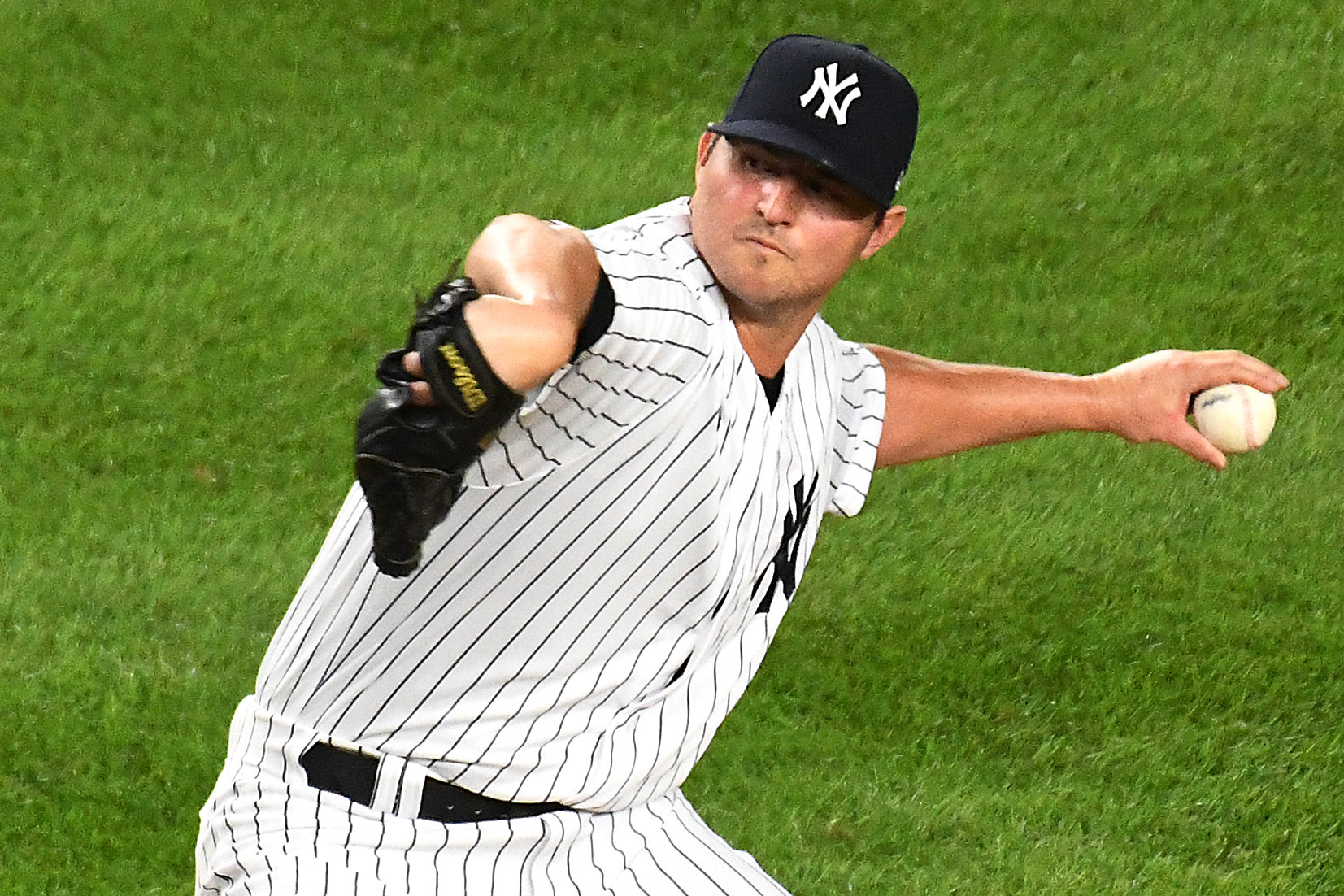 The Yankees’ bullpen got an important piece back Tuesday, when Zack Britton was activated from the IL after recovering from a left hamstring strain.

Kyle Higashioka (oblique) was also activated, but Erik Kratz will stick around for now.

To make room on the roster, right-hander Miguel Yajure was optioned to the alternate site in Scranton after throwing three scoreless innings in his MLB debut in Monday’s loss. Infielder Jordy Mercer was designated for assignment.

Keeping Kratz around makes sense, in particular, because the 40-year-old caught Deivi Garcia’s first MLB start and guided the right-hander through six impressive innings. The two had been batterymates in the minors with Triple-A Scranton/Wilkes-Barre, and with the 21-year-old in line to make another start in Friday’s doubleheader in Baltimore, having Kratz behind the plate again figures to help.

Adam Gase, Sam Darnold must save other from angry Jets mob

US releases BOMBSHELL China coronavirus coverup evidence – ‘could have been...

Archaeology breakthrough: How body of a British explorer was found beneath...

Facebook users will be able to own their images and issue takedown...

US releases BOMBSHELL China coronavirus coverup evidence – ‘could have been...

Archaeology breakthrough: How body of a British explorer was found beneath...