Zlatan Ibrahimovic is already looking to extend his AC Milan contract for another year, which would stretch his playing career into his forties, according to reports.

The veteran Swedish striker, who turned 39 on October 3, scored twice to help the in-form Rossoneri claim a 2-1 win over arch-rivals Inter Milan on Saturday, cementing their place at the top of Serie A.

Ibrahimovic signed a new one-year deal worth €7million (£6.17m) in August after his recent spell at LA Galaxy, agreeing a contract without bonuses but on a fixed salary. 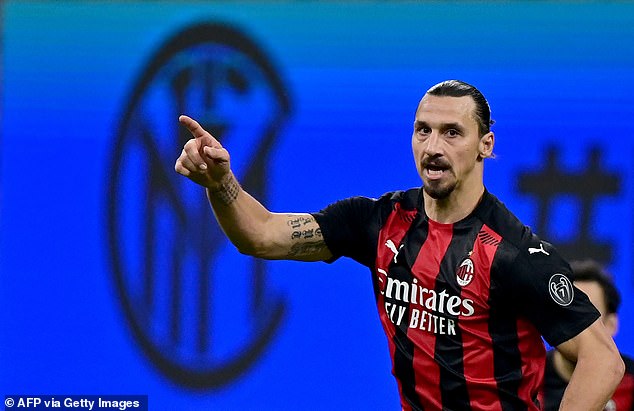 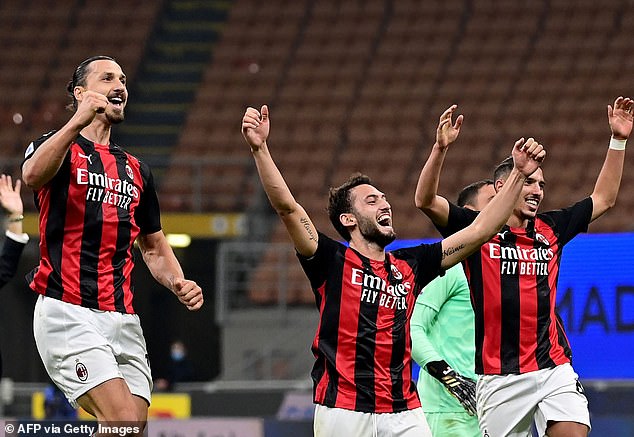 He initially rejoined the club on a six-month deal last December, with the option for another season.

But Italian newspaper Corriere della Sera reports that Ibrahimovic, whose first-half double came in his first game back since recovering from coronavirus, is now eyeing another season with Milan and his agent Mino Raiola is already on the case which would incredibly see him playing for the seven-time European champions into his 40s.

The report adds that a decision over Ibrahimovic’s future will not be made until the end of the season but the striker has no intention of hanging up his boots just yet and feels he still has plenty more to offer.

Speaking after his side’s derby victory, which made it four wins from four under coach Stefano Pioli, Ibrahimovic revealed he is feeling better than ever and is confident he can keep producing the goods in the Italian top flight.

‘Mino Raiola told me to return to Europe, they told me Milan needed me, so I came. I feel like a more complete player now than I was 10 years ago,’ he said.

‘If I had the fitness levels I did 10 years ago, nobody would stop me. Mind you, they can’t stop me now either. 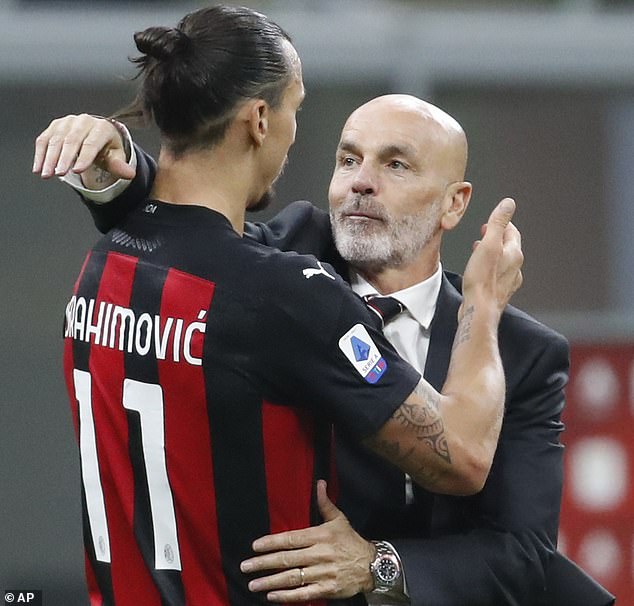 ‘We are taking it one game at a time. When I arrived, the objective was qualifying for Europe and we did it. I do think the Scudetto is a possibility, because if you believe, then you can achieve anything. There’s a long way to go, though.’

‘Zlatan is extraordinary, he brings so much to the side with his talent, determination and character,’ he said.

‘He’s an exemplary professional, gives everything for his team, wants to win everything from a cup final to a training-ground routine. I can’t take any credit for dealing with Ibrahimovic, as it’s very easy.’

Milan are now unbeaten in 20 games in all competitions which includes their fine run-in to last season, with nine wins and three draws from their last 12 matches.

They face Scottish champions Celtic away in the Europa League on Thursday while  their next Serie A clash is next Monday against seventh-placed Roma, who have also hit form with back-to-back wins.

'We have no offers, but he wants to try another league': Isco's father on Real Madrid wantaway

'Right now we have no offers, but he wants to try...
Read more
Sport

How the Duchess of Cambridge has revamped her appearance, make-up artist reveals

It's not just her lockdown locks that have undergone a radiant makeover - Kate Middleton also appears to have overhauled her make-up bag. In...
Read more

'We have no offers, but he wants to try another league': Isco's father on Real Madrid wantaway

'Right now we have no offers, but he wants to try...
Read more

A former beauty queen from the Philippines blasted K-pop stars for promoting “insecurity” and plastic surgery, attacked Filipino fans of the music for...
Read more

Land Rovers have become prized possessions for many classic car owners and are the vehicle of choice for many farmers. However, organised criminal...
Read more
Load more

How the Duchess of Cambridge has revamped her appearance, make-up artist...

'We have no offers, but he wants to try another league':...